Former Leinster flyhalf Andy Dunne spoke about Hugo Keenan’s inclusion in the Ireland squad and the evolution of Ireland’s 7s programme the Saturday Panel on Off The Ball.

Dunne was part of the Ireland 7s squad that headed down to Argentina for the 2001 Rugby Sevens Word Cup.

“It is a physically sickening game to play,” Dunne said.

“We have been a bit slow to adapt or recognise the potential for developing top 15-a-side players via the 7s circuit.

Dunne mentioned that his side were not very prepared for the trip to a very hot Argentina.

“It was hilarious,” he said. “We were ragball rovers; we were sent down in the old Nike jerseys, they were like winter duvets, and it was about 35 degrees Celsius.

“We had zero training, and I mean none. We were picked from our provinces, put in a plane and sent down in front of 50 thousand people. 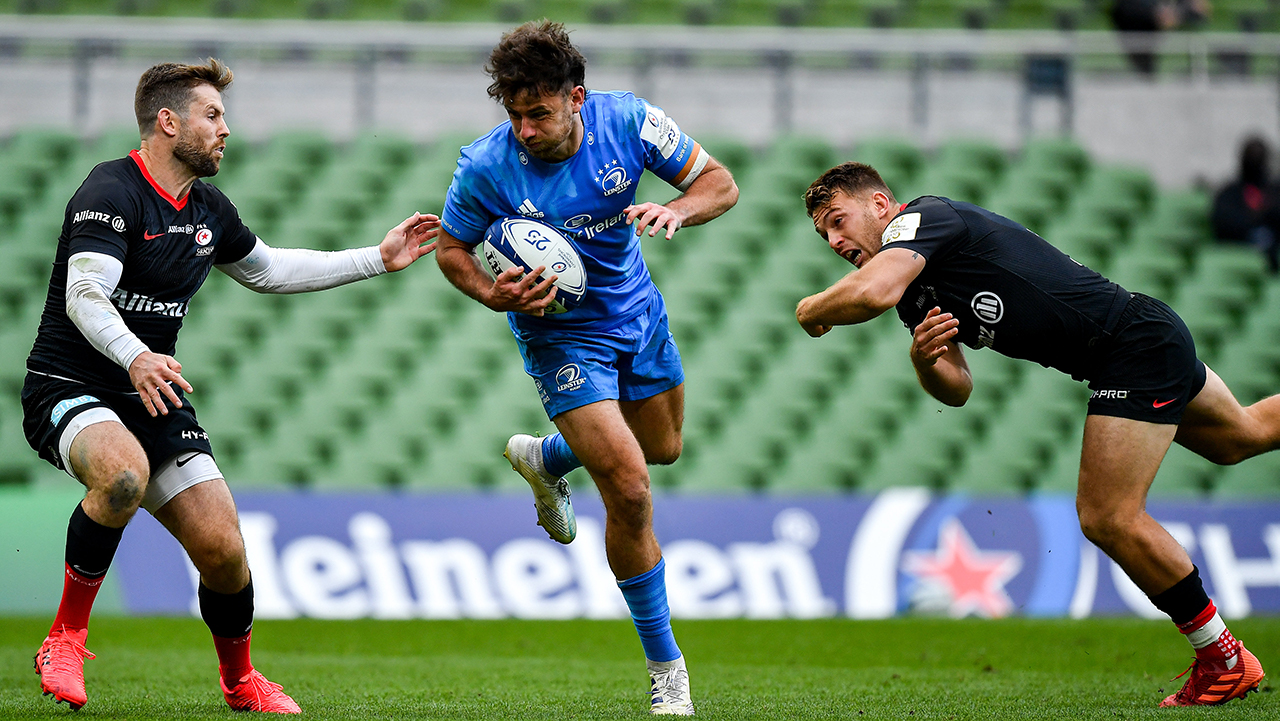 Hugo Keenan of Leinster in action against Elliot Daly, left, and Alex Lewington of Saracens during the Heineken Champions Cup Quarter-Final match between Leinster and Saracens at the Aviva Stadium in Dublin. Photo by Brendan Moran/Sportsfile

With Hugo Keenan making his first start for the senior men’s team today under Andy Farrell, Dunne thinks that it shows the importance of developing the 7s game.

“It shows a bit of a distance in terms of what the IRFU have done in recent years with 7s,” Dunne said.

“They have actually invested time, invested good coaching, they have given the 7s the resources [they needed].

“You do see then the odd person coming through like Hugo Keenan, and in a small rugby nation it is so worthwhile.

“What I have seen from Hugo since August… he came into the Leinster setup and he is head and shoulders above everyone else in terms of endurance and fitness testing.

“He can run fast for very, very long periods repeatedly, without dropping off the pace.”