Munster could have been down to 13 men in the first half against Ulster, although it was completely a timing issue according to Stephen Ferris and Ian Keatley.

Munster could have been down to 13 men in the first half against Ulster, although it was completely a timing issue according to Stephen Ferris and Ian Keatley.

Simon Zebo was shown red just 10 minutes into the match at Thomond Park, for a high tackle on Michael Lowry. He and Jack Crowley both connected with the Ulster fullback's head in the tackle.

While the referee was originally going to award a yellow card, the TMO asked him to look again, and subsequently awarded the red card to the returning Zebo.

Munster down to 14 men against Ulster after Simon Zebo's red card - but only after referee Mike Adamson changes his mind after being talked around by the TMO. #RTERugby #RTESport #URC #MUNvULS

While he believed that it was not malicious, speaking on Premier Sports, former Ulster loose forward Ferris believes that the red card was warranted, but merely a problem with timing.

"I think it's a slight timing issue," Ferris said. "Ian and myself were talking about why are players just not tackling low at the minute.

"It would take any of that concern out of it. Simon Zebo unfortunately catches Michael Lowry on the head or on the jaw. [Lowry] gets straight back up onto his feet.

"I think it is more of a glancing blow than a direct impact to the face. He takes it and gets back up, but it is a red card.

"Unfortunately for Zebo and Crowley for me, they just got their timing wrong. Do you know what? Both of them could have potentially been sent off for that." 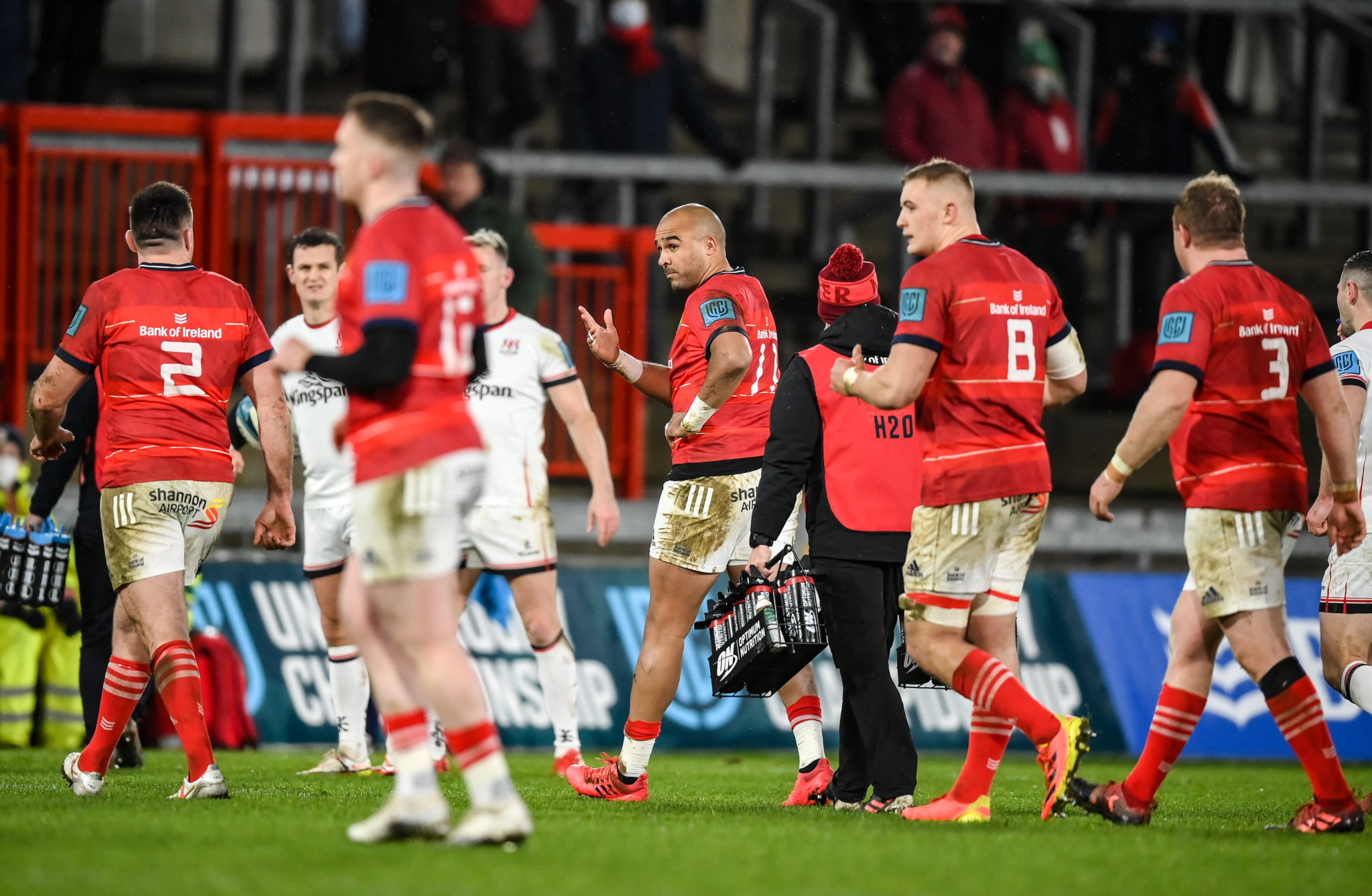 No malice from Zebo or Crowley

For former Munster flyhalf Keatley, who joined Ferris at half time, the interaction between the referee and TMO was what interested him.

"It's brilliant listening to the ref," Keatley said. "The ref actually said, 'oh, well I'm actually going to give a yellow card, what do you think?'

"The TMO was like, 'maybe have another look at that!' It's kind of like a secret code.

"There's no malice in it from Crowley and Zebo. It's in the rules now, though. Anything to the head, it's red. It's unfortunate for Zebo to happen on his first [URC] game back."