After some pundits queried the suitability of Johnny Sexton performing the captain's role alongside his responsibilities as Ireland's leading out-half, he explained on Thursday's OTB AM why he believes these concerns have been completely misguided.

A few months shy of his 35th birthday, there is an obvious reason surrounding his natural lifespan in an Ireland jersey why this unforeseen break in the schedule is likely to irritate Johnny Sexton.

Not too many caps shy of becoming Ireland's latest centurion, all things being as they were at the turn of the year, it was likely to be a landmark he reached with added bonus of being Ireland's captain at the time.

Although there is no telling how the rugby landscape will look when play resumes, Sexton, who was speaking on Thursday's OTB AM, revealed that his current stint as Ireland's captain was not an indefinite arrangement.

"Andy Farrell had spoken to me before the Six Nations," he explained of a conversation that took place between Sexton and Ireland's new head coach, "and we talked about it being a one campaign thing.

"So, I'm not sure what he'll do going forward whether he'll go with someone else or whether he thinks I've done a good job.

"If it is someone else I'll get in behind them and if it is me I'll try to improve and help the team as best as I can." 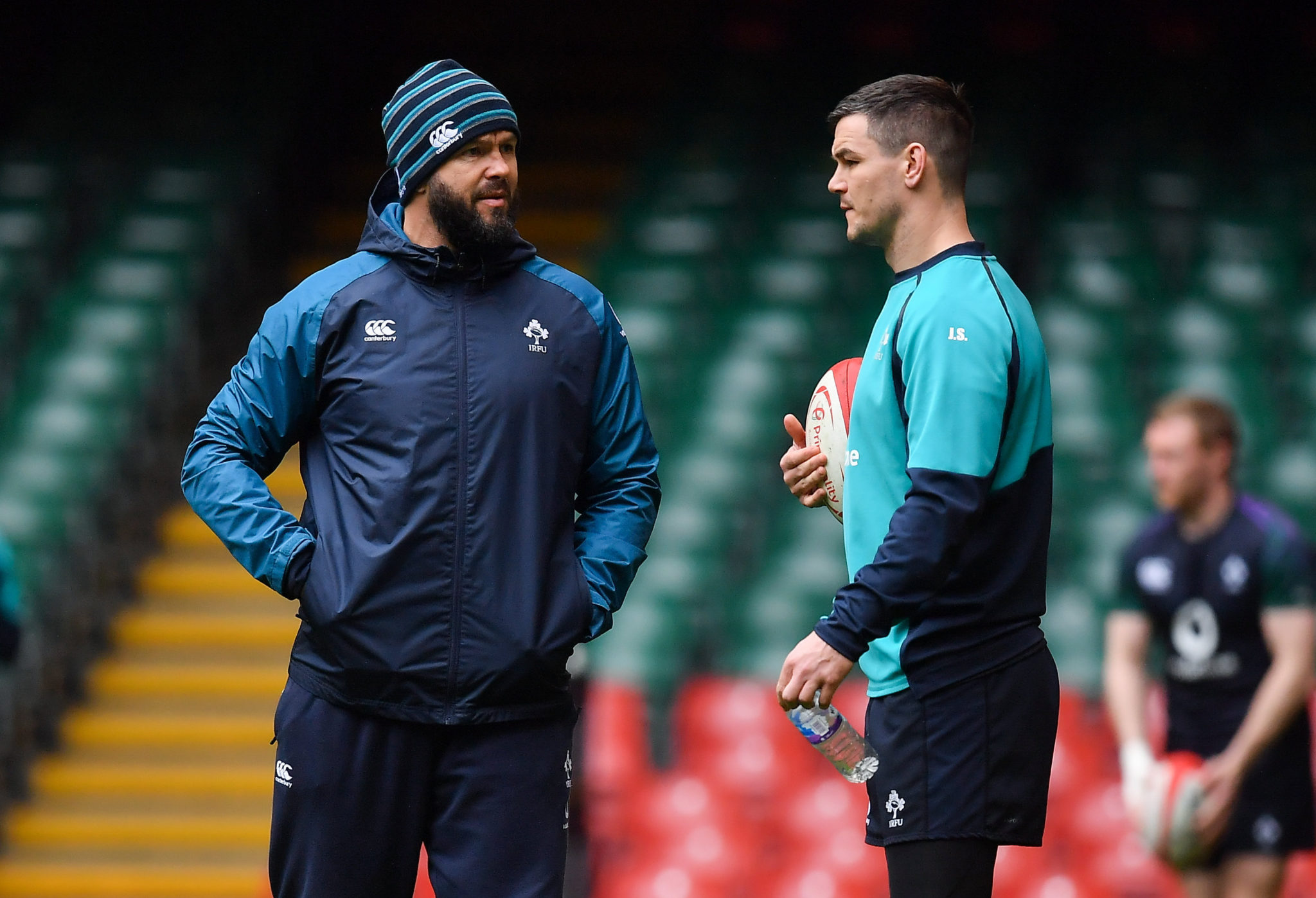 A matter for Andy Farrell to decide upon, Johnny Sexton insisted that he has tremendously enjoyed the honour of taking over the Irish captaincy from Rory Best. Despite the disappointment of Ireland's 24-12 defeat to England in Twickenham, he acknowledged his surprise at some of the wider conclusions that have been drawn from an admittedly poor performance.

"Obviously, it didn't go to plan against England which was gutting," he remarked, "but it had nothing to do with me being captain.

"I saw a few comments and when you're going in to do the press conferences David O Siochain (IRFU Media Officer) will tell me the gist of what's going on.

"People were asking am I struggling with my kicking because of the captaincy. I'd kicked 85 to 90% in my other games as captain, but one bad game and everyone jumps on the bandwagon. That's the frustrating part, people making these opinions on one performance."

In the aftermath of Ireland's defeat to England, Ronan O'Gara, speaking to Off The Ball, was among those who commented upon the question of captaincy. Principally, he was opposed to the idea of an out-half taking on the role.

"For me, a team is better suited with another leader as your captain as opposed to your number 10 because he’s the on-field leader anyway," argued O'Gara. It was an outlook that caused some consternation among those who agree with O'Gara's sentiments, and Sexton himself.

"I thought ROG was coaching La Rochelle, how is he talking about us," responded Sexton. "I got some great advice recently, when you are leading an orchestra you've got to turn your back on the audience. Sometimes when it’s going well you can fall into bad habits and have a little peek at what’s going on in the audience."

Although Johnny Sexton refrained from naming any pundits or analysts individually, he remains bemused by the willingness of some to hone in on the question of captaincy.

"I see some of it, I don't see it all and often you might just be walking down in Carton House and you see a headline and suddenly the chimp in you attacks," he remarked of the criticism. "Whereas maybe what is in the article isn't too bad at all. So, that can be tough.

"[But] you don't expect past players and teammates to defend you or stick up for you when it isn't warranted, it is clear that I had a poor game against England by my standards.

"You do expect past players not to jump on the bandwagon of my being the captain is too much, however. It wasn't [too much] in the other four games that I did it, so why is it this time?

"I'd be friends with some of the people doing these jobs, but it can be tough on the relationship."

You can watch Johnny Sexton's interview with Thursday's OTB AM here.