Former Irish rugby head coach Joe Schmidt has been reflecting on the greatest moments he's experienced as a coach at the Aviva Stadium.

Speaking to Eoin Sheahan, Adrian Barry and Alan Quinlan on this morning's OTB AM, Schmidt recalled nine years worth of memories, both for Leinster and Ireland, as we counted down to the greatest rugby moment in the 10 years since the Aviva opened.

And while the public have chosen Jacob Stockdale's 2018 try versus the All-Blacks and Robbie Henshaw's acrobatic effort against England in 2015 as their finalists, Schmidt had a number of more low-key choices from his tenures in Irish rugby.

"There are too many to really reflect on, going back to the time I spent with Leinster. The day that it was -10 degrees, there was snow everywhere and we had to win against Clermont. The Leinster quarter final that year, I don't know if you remember Isa Nacewa's try from virtually half-way where he mesmerised the Leicester defence and we just hung in to win that game. 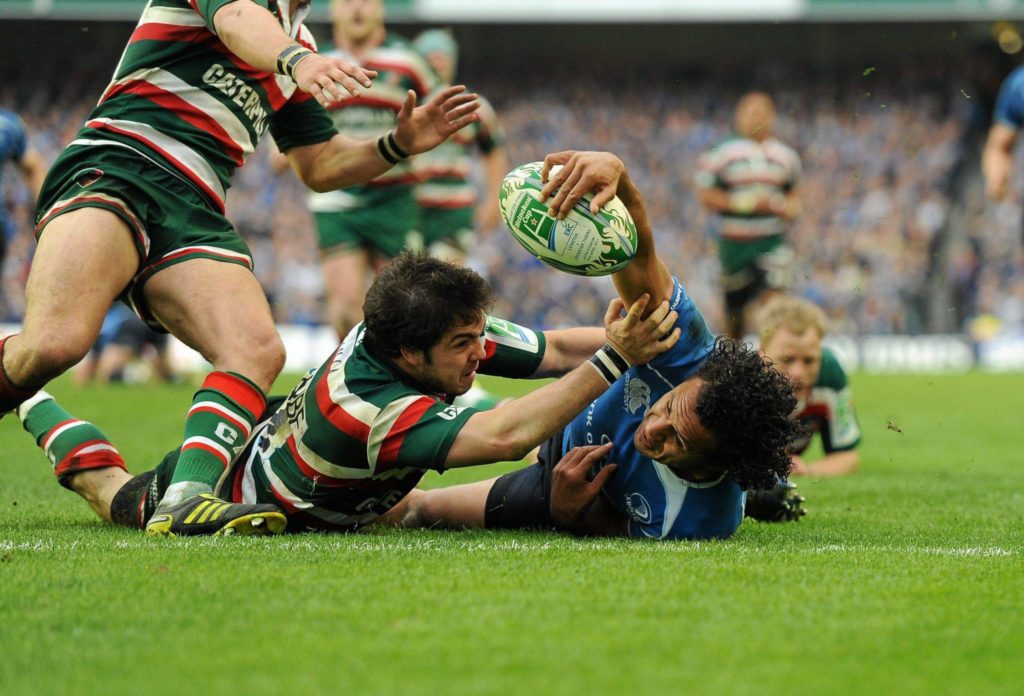 "And so many days with Ireland. The day that we beat Australia, where we had Kieran Marmion on the wing and he made an unbelievable tackle on Israel Folou at one stage, where it looked like Australia were going to score in the left corner for sure," he said.

And while the first ever win on home soil against the All-Blacks in 2018 looks to be a front-runner for our Greatest Moment poll, Schmidt was quick to point out it wasn't all about Jacob Stockdale's try.

"Even the All Black game (2018), the scrum in the 37th minute. You can see Tadhg Furlong has spat Karl Tu'inukuafe out the side of the scrum. Some of them aren't even tries. Peter O'Mahony's gadget arms to get that ball they kicked through in that game was a phenomenal moment, I thought they were going to score there as well."

"Its actually nice to reflect on those than to reflect on the quarter final (2019 World Cup). It's been an incredible privilege to be on the periphery of some of those great moments. Looking at the crowd when Jacob scored (v NZ in 2018), looking back it was phenomenal, the amount of passion and emotion. No wonder the players picked up and played well because there's no place better than the Aviva, not just for the atmosphere but for the tangible support you sense that players have on the pitch."