Joe Schmidt has categorically denied reports linking him with a role in Ian Foster's prospective All Blacks management team.

Little over a month after his Ireland team were defeated by Steve Hansen's New Zealand in the Rugby World Cup, Joe Schmidt, speaking to Off the Ball, dismissed the suggestion that he would play any part in professional rugby for the foreseeable future.

"Fozzie knows and I know that I'm not part of that team," a surprised Schmidt responded with a laugh to the suggestion of his imminent involvement with Ian Foster and the All Blacks.

"I've had discussions with him for a long time, well before the World Cup, but I'm not sure I'll ever go back into coaching.

According to reports in the NZ Herald, Foster, who is one of a few potential candidates to replace Hansen as the All Blacks head coach, was believed to be targetting Joe Schmidt for a managerial ticket that would also include John Plumtree and Scott McLeod.

The former Ireland and Leinster head coach has vehemently denied the possibility, however. 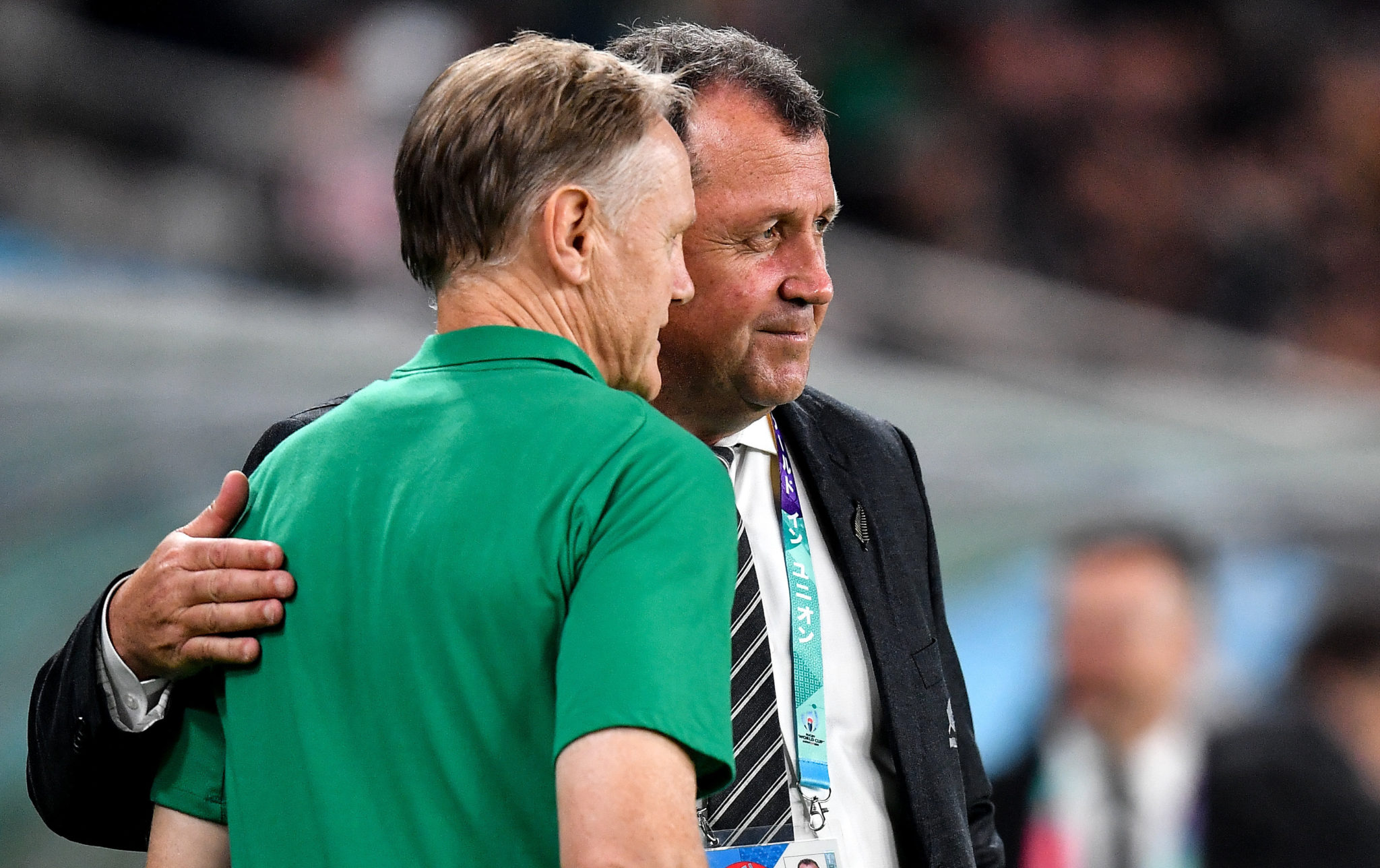 In a wide-ranging interview with Off the Ball, Joe Schmidt explained that his future in professional rugby remains uncertain.

"What I'm intentionally trying to do at the moment is just not to think about it for the next four or five months," he admitted. "It is still raw, the scab hasn't formed over the wound and that's why I want to give myself some distance."

Without ruling out the prospect of a coaching return entirely, Schmidt outlined that he and family would remain in Ireland until the conclusion of the school year at least.

Eyeing up the possibility of spending the summer months in Ireland before reaching a decision, the prospect of a return to New Zealand is not currently on the cards for Joe Schmidt.