'I didn't enjoy that home World Cup, I felt guilty at times. People would have killed to be in that position'

Former Ireland international Jenny Murphy admits she "didn't enjoy" the home Rugby World Cup in 2017 and said at times she felt "guilty" for holding a place in the squad.

Speaking on The Saturday Panel on Off The Ball,  the 29-year-old was discussing falling out of love with her sport and how injury made her appreciate the career she had.

"I think you just have to break it down to what made you fall in love with the sport in the first place," Murphy explained.

"It was the camaraderie and the craic, getting back to basics. I forgot that to a certain extent too.

"I was in a very privileged position. I was able to play for my country in a sport that I loved at the highest level.

"That World Cup, I did not enjoy it at all. A home World Cup... I felt guilty at times. People would have killed to be in the position.

"I decided to take a year out. You don't want to take up a jersey that you're not 100% invested in." 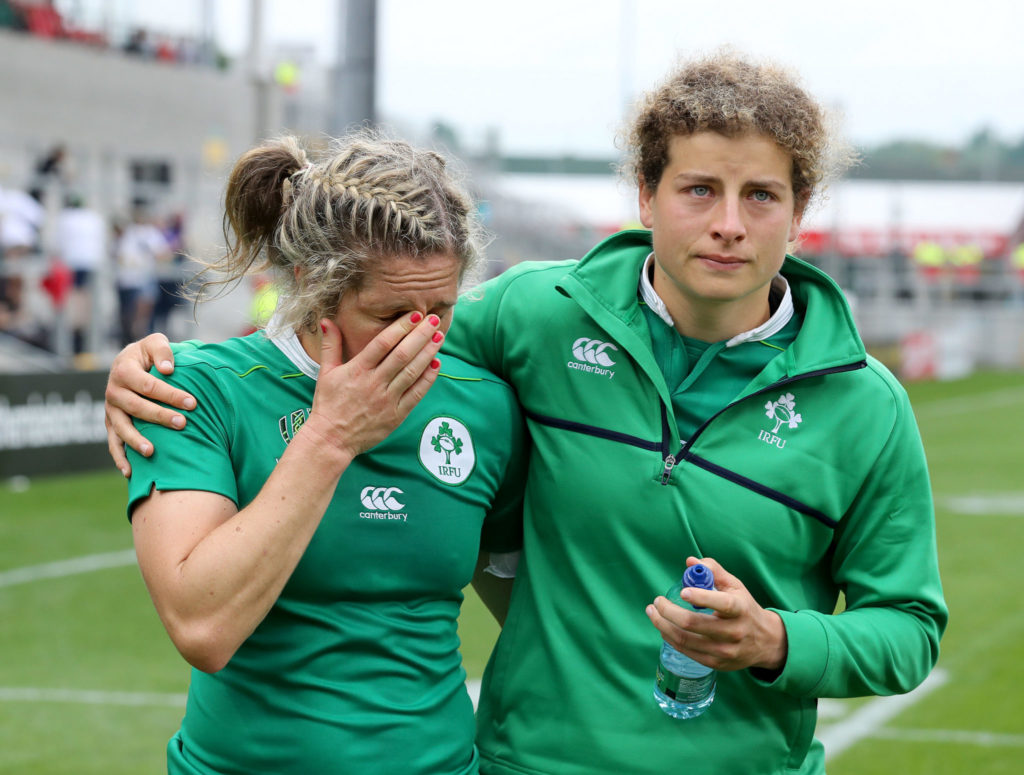 Ireland's Alison Miller and Jenny Murphy dejected after losing to Australia in the World Cup.

A break from sport

Ireland's World Cup campaign ended after defeat in the knockout rounds to Australia, all the more agonising having beaten the Southern Hemisphere side in the Pool Stages.

Murphy continued: "I took a year out and got injured pretty badly. I ended up out for 16 months. The injury in a way helped.

"[Rugby] was taken from me, I forced not to be unable to play. Now I'm champing at the bit and looking forward to be playing again.

Johnny Sexton has done a "great job" as captain - Farrell