The New Zealand-born winger's defensive awareness was again called into question in the afternoon of Ireland's weekend win at Scotland.

Former Ireland captain Rory Best has suggested that Jordan Larmour or Jacob Stockdale should start ahead of Lowe against England this Saturday but his captain Johnny Sexton feels his provincial teammate can iron out the weaknesses in his game.

When you come into camp, you’re always working on your game," Sexton said of the wing's adaption to international level.

Greenwood, who won 50 caps in midfield for England, identified Lowe as Ireland's most exciting player on tonight's Off The Ball.

"Lowe is getting crucified for that missed tackle but you ask me who I want to play with from the Irish team and I'll say, 'you have to give me James Lowe'. Put me in a team with him.

"He makes things happen, he'll go hunting, he'll do something and he'll be dangerous." 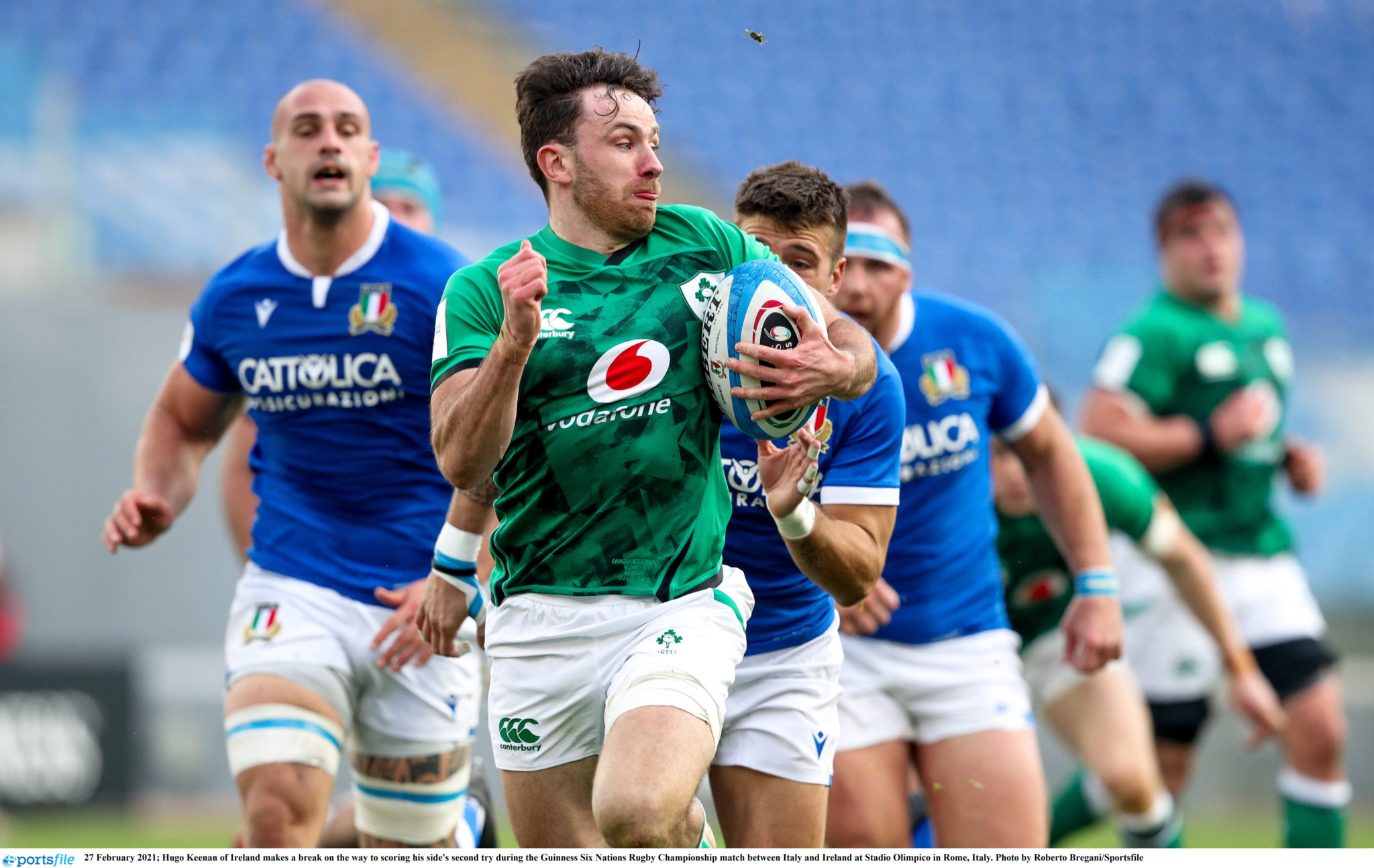 Keenan great under the high ball

Leinster's Hugo Keenan has established himself as Andy Farrell's first-choice and last Sunday's win against Scotland was his 10th consecutive start in the green jersey.

The 24-year-old has scored four tries in those ten games in green and Greenwood says he's a promising player, who is well suited for the possible aerial bombardment from Owen Farrell's boot on Saturday.

"Hugo Keenan I like, he reminds me a little bit of (Ian) Balshaw. Gangly, limby, quick and very aware.

"He's great under the high ball by the way, was he a gaelic footballer? He's young and only had a few games, give him time."