With the debate over Ireland’s back three on-going, Brian O’Drsicoll spoke on Monday Night Rugby on Off The Ball about how James Lowe can front up in the green jersey.

The New Zealand-born winger qualifies to play for Ireland in early November, having played for Leinster since 2017.

O’Driscoll believes that having the option of using Lowe in the Irish line up is a positive, however, he doesn’t believe he will jump straight into the starting XV.

“[You have to] Almost be thankful that you have him,” O’Driscoll said.

“Lowe is going to get game time, I don’t know if he’s going to be put in immediately into the set up on the basis of him being qualified.

“I think sometimes that message isn’t the one that coaches like getting across.

“As a new guy in the squad he’s got to earn the right to play internationally, you can’t just throw him in for the first game.”

O’Driscoll has seen the strength-in-depth that Ireland are cultivating in the back three, and thinks that Munster’s two wingers are the cream of the crop at present.

“In a team where the back three have looked good, and with [Andrew] Conway and [Keith] Earls playing well, I think it would be to not select those two guys,” he said.

“Depending on whether you’re going to play [Jacob] Stockdale at fullback or [Jordan] Larmour at fullback.”

In the truncated 2019/20 Pro14 season, Lowe has scored six tries for Leinster, with an additional try assist.

The 28-year-old has made strong runs as well up the wing, gaining 551 metres and beating 18 defenders.

“It is now a nice position to be in,” O’Driscoll said.

“He has to earn that right to get into that first 15.”

The injury to Dave Kearney has meant that Lowe’s eligibility will now be an added bonus to Ireland in the upcoming Eight Nations competition. 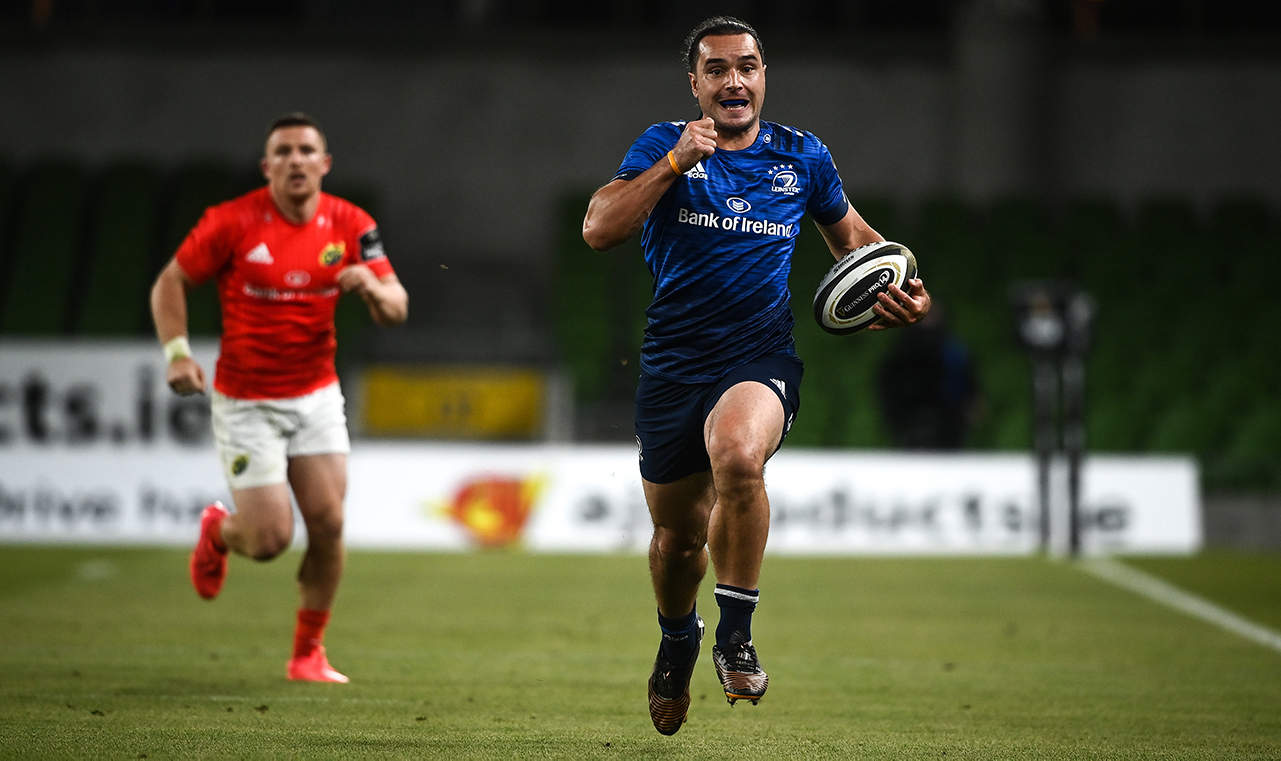 James Lowe of Leinster on his way to scoring his side's third try during the Guinness PRO14 Round 14 match between Leinster and Munster at the Aviva Stadium in Dublin. Photo by David Fitzgerald/Sportsfile

O’Driscoll believes that Friday’s Pro14 semi-final will give Ireland Andy Farrell a good sense of his options in the back three.

“A lot will be judged on this weekend’s performance from Larmour at 15 if he gets it,” he said.

“I have a sneaking suspicion that [Leinster head coach Leo Cullen] might go with Rob Kearney at 15 this weekend and Larmour on the wing.

“Obviously with the injury to Dave Kearney, no Adam Byrne, no Fergus McFadden, I just think you go with experience.”

Should he be selected, Lowe’s inclusion in the Ireland squad would serve to fill in the gaps left by these wingers.

Lowe’s qualification to play for Ireland is down to World Rugby’s Regulation 8, more commonly known as the Residency Rule.

The Residency Rule currently states that a player can only represent a country if they have resided in that country for 36 consecutive months prior to their first test.

This rule was set to be amended to 60 consecutive months on December 1st of this year, however, the disruption caused by the COVID-19 pandemic has pushed that date back a year until 2021.

If a player that is currently eligible under the 36-month rule does not play for their country before December 1st 2021, then they will have to fulfil the requirements of the 60-month rule.