Jack Regan revealed his accidental foray into reality television in New Zealand and his experienc...

Jack Regan revealed his accidental foray into reality television in New Zealand and his experience of learning the Haka.

Jack Regan, who is the son of Offaly hurling legend Daithí, spent a year playing at all levels in New Zealand in an attempt to kickstart his professional career. His travels were ultimately justified as he has now returned to Europe, signing with Ospreys.

Speaking on Off The Ball, Regan painted a picture of the archetypal young Irishman abroad; however, his experience ended with border control and television cameras.

“When I landed in Auckland, I didn’t have my visa. I was on a thirty-day travel visa. When I was walking through the airport, I had a load of bags; the immigration officer came over and was like, ‘is it ok if we have a chat with you?’, and I wasn’t in a position to say no", Regan said.

“Here I am in the waiting room, and the next minute, a lad holding a huge camera over his shoulder walks in, and I’m like, ‘holy Jaysus, what’s going on here?’

“I didn’t think anything of it, and during the interview, your man is like, ‘do you know you have a Wikipedia page?’, and I’m like ‘I’m aware of that, yes’. He asked me when I looked at it last, and I said, ‘I don’t really go looking myself up now’" Regan joked.

“So he had it on his computer, and he showed me. At the time, I didn’t know that anyone was able to edit it. So it turns out a few of the lads up in Belfast had edited my page and wrote in some very immature stuff.” 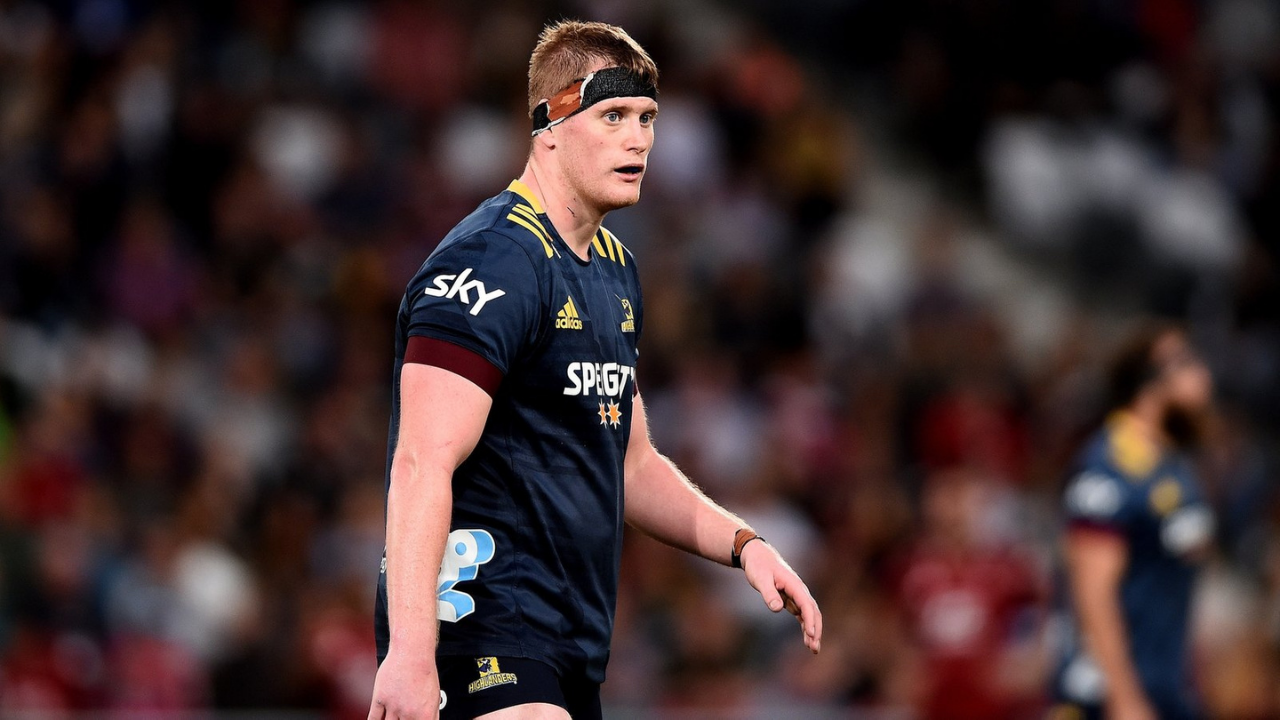 Regan did not go into details as to the extent of what was written on his Wikipedia page, although there must have been something that the border security wanted to know more about.

Although an awkward border control interview, it makes for great television.

Regan continued, “The whole thing is on video now. Long story short, the man who was recording it was from the TV show Border Control New Zealand.

“I don’t know when it is being aired; I sincerely hope it is not being aired.”

Despite his turbulent start to life in New Zealand, Regan fully immersed himself in the culture.

Regan began playing for amateur side Dunedin Sharks before progressing to Mitre 10 Otago. After impressing for Otago, Regan was subsequently called up to Super Rugby’s Highlanders.

In preparation for his debut, which saw him scrap with All Black Joe Moody, the man from Birr was putting the hard yards into learning the Haka.

“At the beginning of the preseason, we learned the whole of the Haka. Learning the Haka was hilarious; everybody would look down at the Irish lad in the corner and say, ‘how’s he getting on?’”

Joe Moody lucky to get away with this on Offaly's Jack Regan during the first half there. pic.twitter.com/J6c6FxNEyd

Regan concluded that learning the Haka gave him a newfound appreciation for Maori culture and gave him a unique party piece.

“You learn about the whole culture of the Maori’s and what the Haka actually means. It’s unbelievable to the Maori culture, and I’ve got a new appreciation for that. It was an awesome experience", Regan said.

“If I’m at a party and I’ve had a few drinks, it’ll be my party piece. I know all the words, and I know all the actions. It was an unbelievable experience, and I’ll never forget it.”