Ireland's kicking game came under scrutiny after England dissected it at the Aviva earlier this year. With the World Cup around the corner, Ronan O'Gara does not think it is time to abandon it.

Speaking on Thursday's OTB AM, O'Gara said it is important that if we use the box kick, we use it effectively.

“I would probably have strong views you know, I think the reason you box kick is to get the ball back.

“I wouldn’t be a fan of box kicking to put the other team under pressure. I think the key requirement when you box kick is to get the ball back.

“Other coaches may have different philosophies in terms of kicking it to turn a team or kicking it to pressurise them," the ex-Munster man said.

While teams have become more accustomed to Ireland's strategy O'Gara feels it is too late to change their approach. 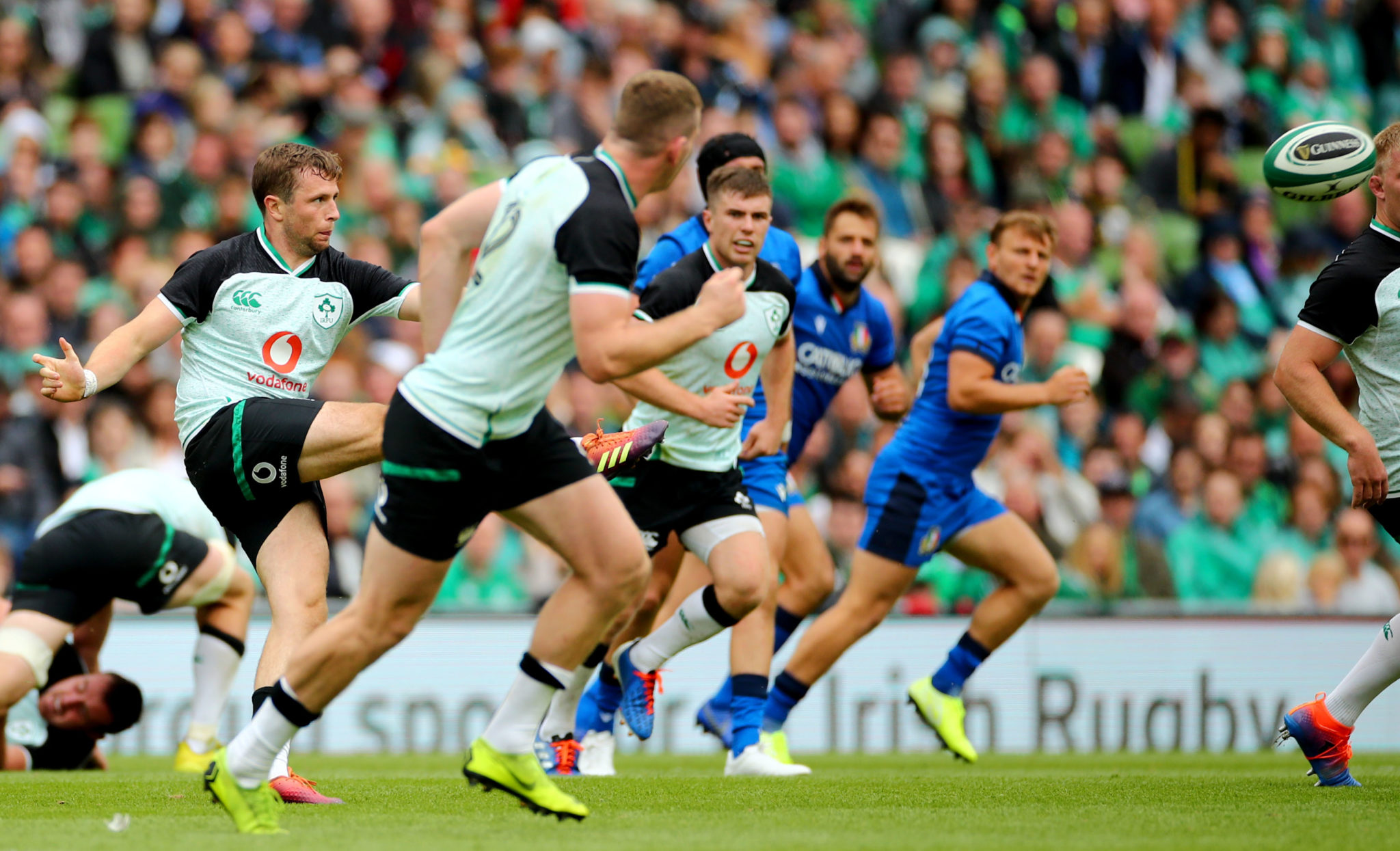 “The most important point is where is the space? Do you run into the space or kick into space? That's how you use it," he stated.

While against lower-ranked teams it may be more sensible to hold on to the ball, as Ireland get further into the tournament our box kicking will become more important according to O'Gara.

“I think at this stage it’s in their DNA they know exactly what they need to do.

“In a World Cup semi-final or quarter-final or even against Scotland I presume they will go to the box kick because it’s an effective way of exiting.

“It’s brilliant that it splits the opinion of so many people.

"Some people aren’t a fan of it other people see its value, but it always causes great debate in Irish rugby," the La Rochelle coach said.