Rugby is at a crossroads and Keith Wood believes that the sport has to eradicate dangerous challenges like the one Northampton's Tom Wood performed on Josh Van Der Flier.

Leinster dispatched of Northampton on Saturday, running out winners by a margin of 35 points to 19.

Both Wood and Ruaidhri O'Connor had serious misgivings about the referee's decision, making that point to Joe Molloy on OTB Sports, Monday Night Rugby.

"It is a straight red card, all day," Wood said of the Northampton player's challenge.

"It is a clearout with his shoulder on the head. Straight red card.

"World Rugby has been talking about player welfare, rightly so, and the referees had tightened up [on these tackles].

"If there is nowhere for him to hit then he cannot hit Van Der Flier."

O'Connor made it clear that much of the responsibility goes to the Northampton player and his coaching team.

They should be looking back at the challenge and assessing how they got it wrong to ensure there is no repeat of a similar tackle in the future.

"Wood and his coach have to be reviewing the tackle this week saying 'you cannot do that because it is a red card,' O'Connor said.

"There is an onus on the players and the coaches to cut that stuff out as well," he continued. 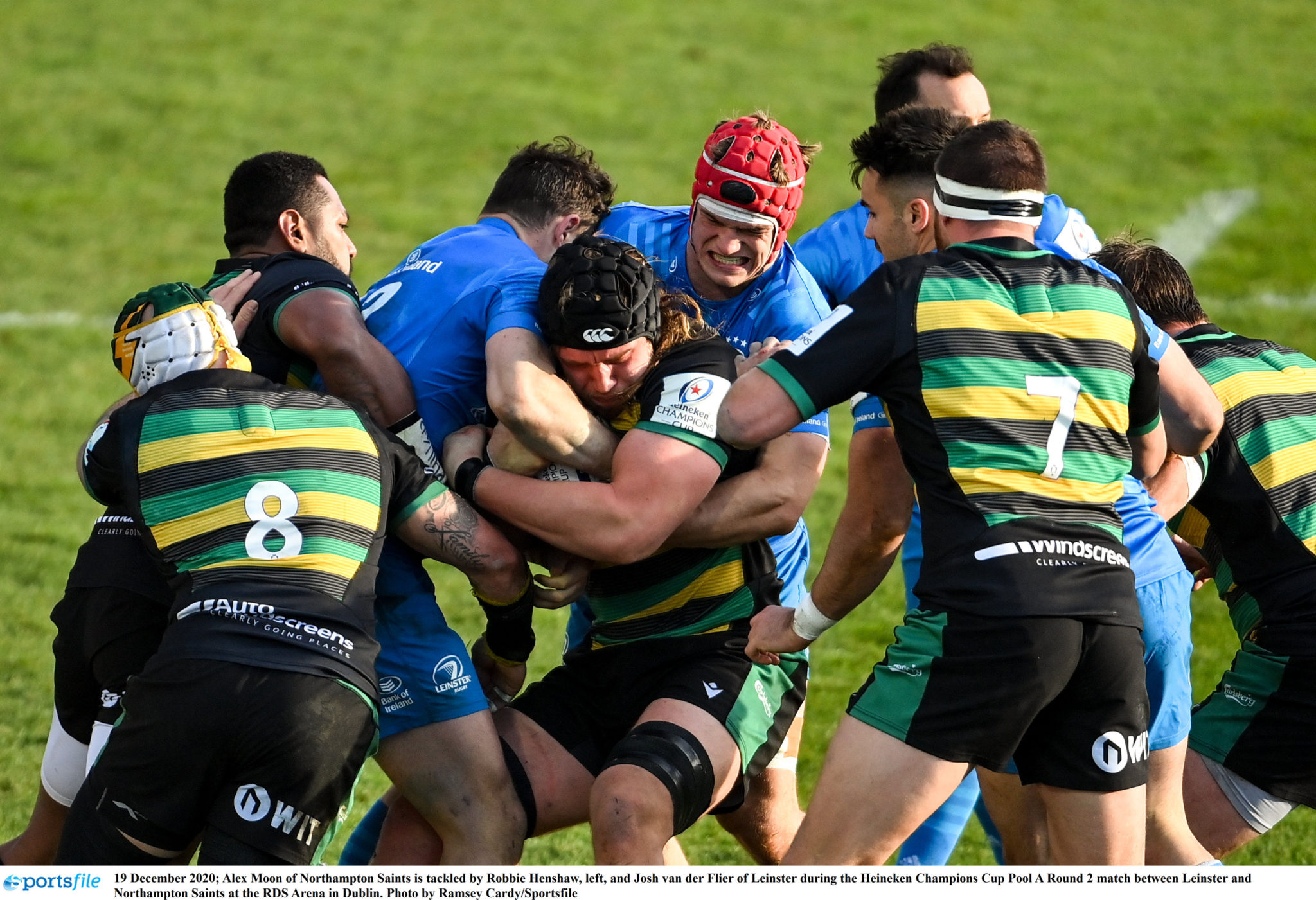 While those playing the game have to play a huge role in limiting dangerous contact in rugby, O'Connor also believes that the referee shared some of the blame in this instance.

"It was a baffling decision," he said of the referee's call.

"When it happens the referees have got to step up.

"The sport is under serious review at the moment. If the referee's, the people charged with the protection of the players miss things like that it does not look good," O'Connor concluded.

After two weeks of troubling news around the impact of brain trauma in the sport, there is a clear impetus on all stakeholders to continue to put player welfare to the fore.

Wood also believes that the referee must reflect on the tackle and learn from the mistake that he has made.

"For me, it is wrong when the referee says it was in mitigation because he was trying to clear out the ruck," Wood said.

"If that contact was a tackle with a shoulder straight to the head that is a red card. So why should it be different in a ruck?"

Rugby still has some work to do

After coming in for some criticism for highlighting the Van Der Flier tackle, Wood implored those in the game to wake up to the fact that rugby has to change to ensure the sport's future.

Rugby is not getting softer, it is going in the other direction, according to the former Munster man. 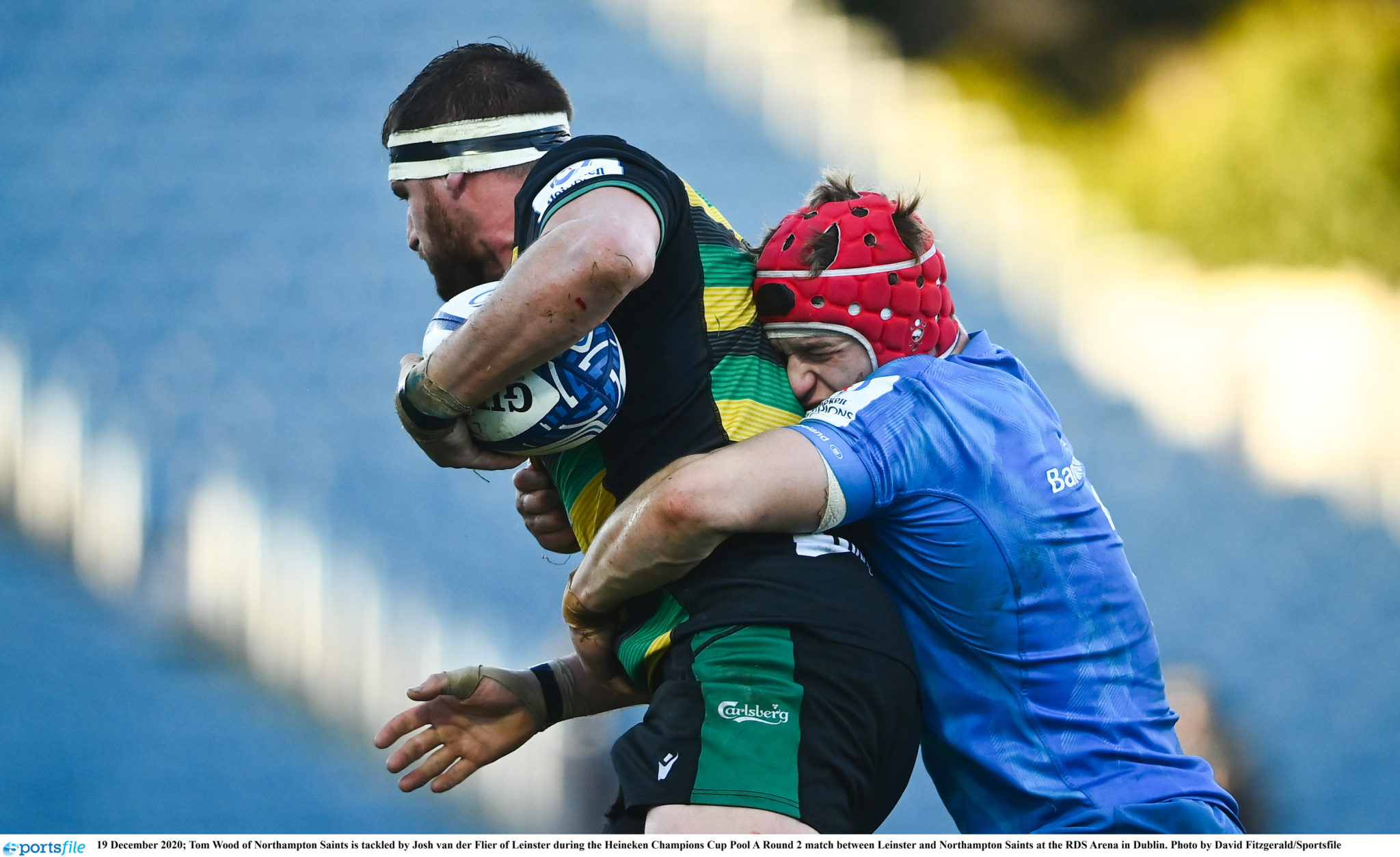 "It is not getting softer. It can still be rugby but we need to just try and get rid of these head contacts."

One cannot help but feel like rugby is set to stay under the microscope as 2021 begins. A key way in which the sport can prosper in the long-term is if these incidents are reviewed and positive lessons are taken from them.

Whether that occurs in the case of Tom Wood and Josh Van Der Flier is anyone's guess.

Leinster head coach Leo Cullen addressed the situation with his post-game comments and intimated that they would go through the correct channels to assess the incident further.