In the 2018 Six Nations England were destroyed at the breakdown by John Barclay and Hamish Watson against Scotland. England now have their own lethal tandem at back row with Tom Curry and Sam Underhill.

Both of them outplayed New Zealand's back row in the semi-final and come the World Cup final on Saturday, they could have a major impact once again.

Speaking on Thursday's OTB AM, Alan Quinlan said the two will be a handful for South Africa.

"The big problem for South Africa here could be (Sam) Underhill and (Tom) Curry, they have just been immense throughout this World Cup.

"They're dangerous if they get into the game and there has been a clamour online to get Francois Louw in the back row because he is such a good player at the breakdown," he said.

It would be a huge call to draft in Louw because you would be replacing one of the big leaders in the team. 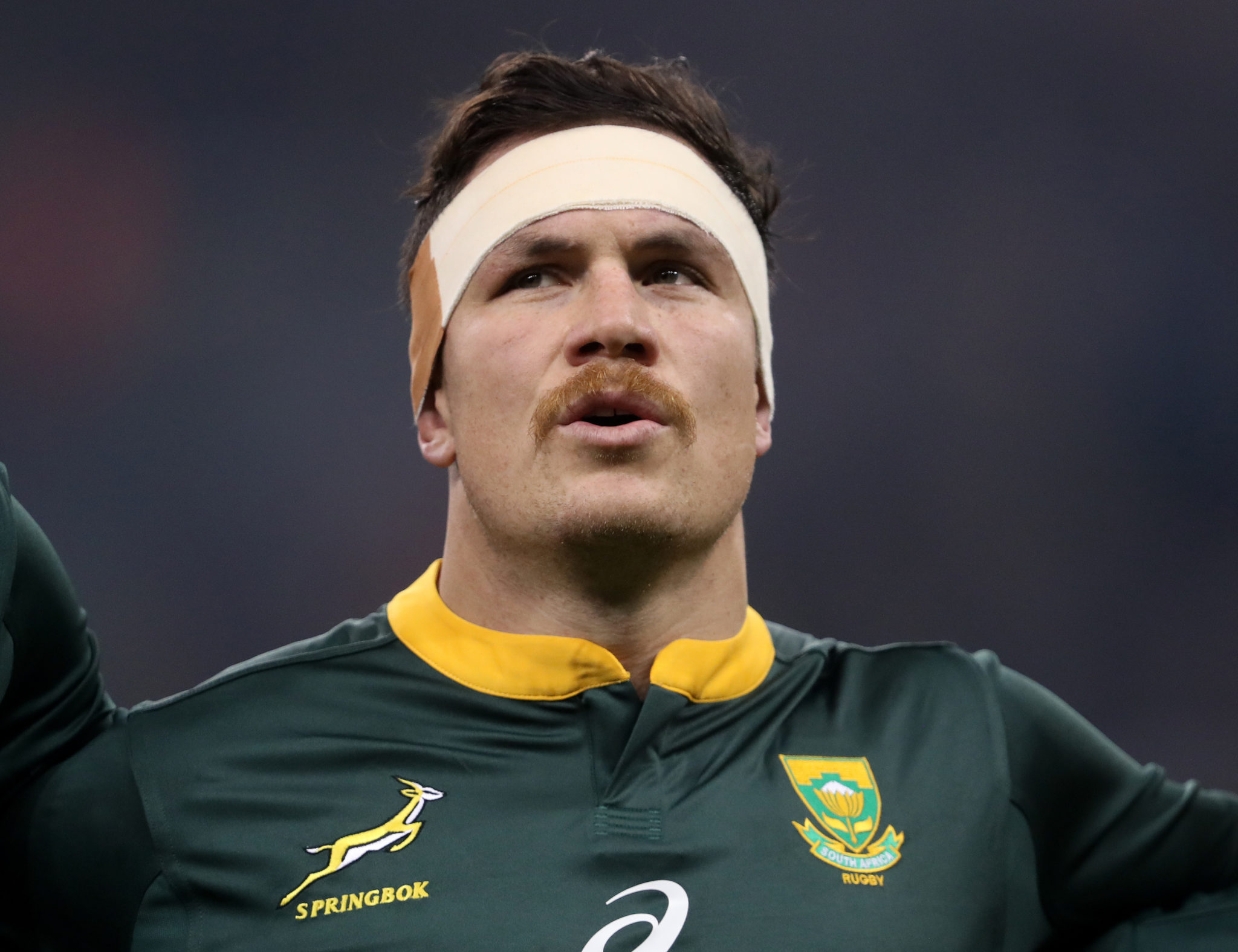 South Africa's Francois Louw during the Autumn International at The Principality Stadium, Cardiff

"It would mean you would be dropping your captain Siya Kolisi though which is tough.

"I was speaking to some of the English ITV pundits and they thought that maybe Francoise Louw is someone who can negate Curry and Underhill's influence.

"It has to be a big worry for Rassie Erasmus there is no doubt about it," the former Ireland international said.

Quinlan thinks that New Zealand knew the threat that the pair posed but they may have overlooked them.

"They did it to Australia and they did it to New Zealand last week. The All Blacks probably believed that they couldn't have the same kind of influence."

"South Africa will be very, very concerned about them and it can change the whole game.

"I just think their ball carrying ability and their devastation at the breakdown is immense. They just affect so many big moments and they can really hamper a team," the former back-row stated.

Stuart Lancaster back to what he loves doing most at Leinster