Former Ireland captain Brian O’Driscoll discussed the current contract negotiation delays in Irish rugby on Off The Ball on Thursday.

The Irish Rugby Football Union (IRFU) have had to put their contract negotiations with a number of players on hold for a couple of months, due to the financial impact of COVID-19.

This means that a number of players, both senior and academy, are sitting at the end of their current contracts with no idea if they will be offered a new contract, or how much they will potentially make.

Some overseas clubs are using this limbo period for Irish players to offer them big contracts in an attempt to lure them away from the provinces.

O’Driscoll believes that the IRFU’s inability to enter into contract negotiations with certain players has opened them up to losing those players, who will not be able to play for Ireland if they play elsewhere.

“This is a very unusual time,” O’Driscoll said. “The IRFU are playing a bit of Russian roulette with the potential for other clubs coming in and maybe getting a deal on some players that feel as though they are going to be left high and dry.

“It is a challenging time for the IRFU and for individuals who are out of contract in the summer.

“They will have to see who gives in first, and what the numbers are going to look like.”

Along with some of the academy players, who will be looking to sign full time professional contracts, a number of senior players are also out of contract at the end of this season.

“You would also imagine that, given the backlog of negotiations, it is not going to be a quick process,” O’Driscoll said.

“That probably means things will drag on to March [or even] April, and that is when your bargaining power is really lessened, when other teams have signed their quota of players.

“You are left with taking a number that you don’t like, or you get no contract whatsoever.

“So, it is not an ideal circumstance for a professional rugby player to be in for sure.” 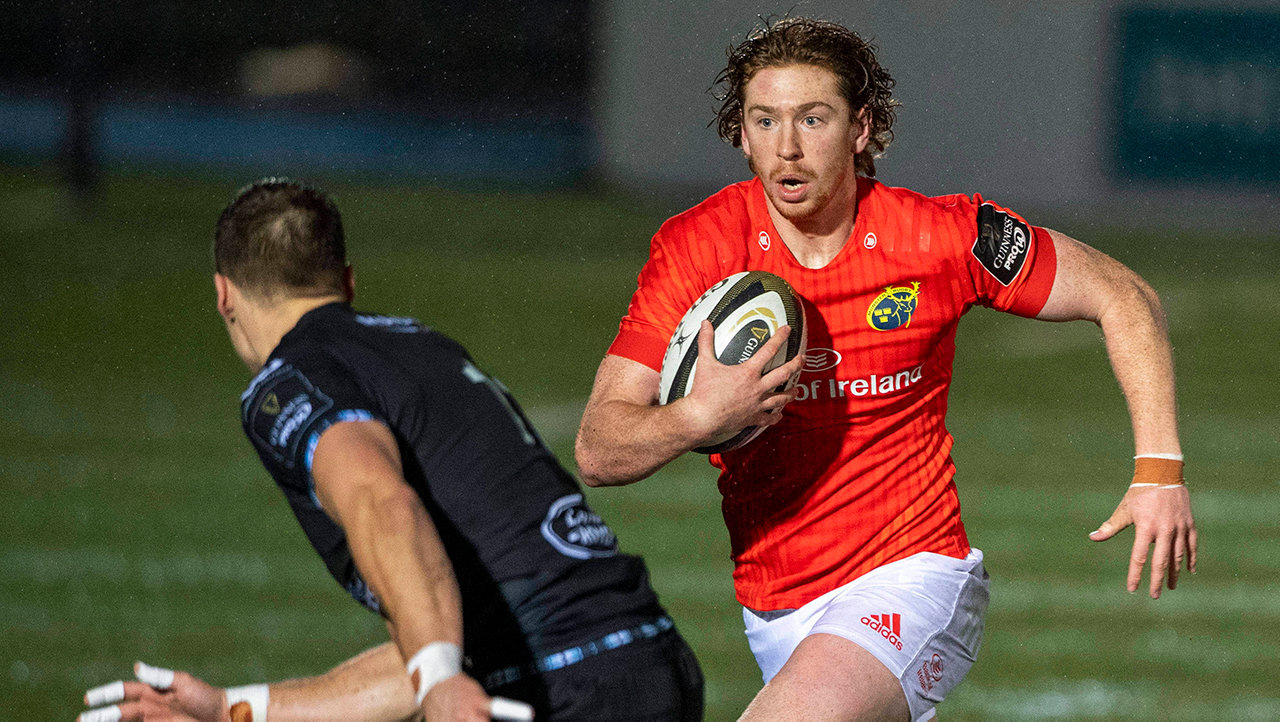 Ben Healy of Munster during the Guinness PRO14 match between Glasgow Warriors and Munster at Scotstoun Stadium in Glasgow, Scotland. Photo by Bill Murray/Sportsfile

With Sexton being one of the senior players yet to know his future, the discussion of potential replacements for the 35-year-old continue to be raised, both on a national and international level.

While Ross Byrne and Harry Byrne have both filled in for the Irish captain before in the province, potential future internationals are also being discussed, including Ben Healy.

However, Healy is at the end of his academy contract, with rumours circulating that he could be heading to the Glasgow Warriors, and a future in the Scottish national side, as he is Scottish qualified as well.

O’Driscoll does not believe that the Tipperary man is worthy of an exemption from playing overseas and for Ireland, just yet.

“I think it very hard to make an exception for someone like him that is relatively new on the scene, albeit he is showing good potential,” O’Driscoll said.

“I think himself and Harry Byrne are in the same conversation; they are definitely future Ireland internationals if they keep going the positive trajectory they’ve been on this season.”

With a number of players that will be key to Ireland’s 2023 World Cup campaign also currently in limbo with regards to their contracts, O’Driscoll thinks that “the likes of Ben Healy will just have to sit and wait and be patient.”

“He obviously has another opportunity to play international rugby elsewhere, but you can be sure that he wants to be an Irish international,” O’Driscoll said.

“He wants to play for Munster first of all. I am sure he maybe has aspirations to play for Ireland at some point, but he wants to be a Munster player.

“The way that they are playing at the moment, and the way that he is playing, and the confidence that his coaches instilled in him to go out and play his natural game, I think it is very exciting.

“It feels as though Munster have the potential to develop something in the coming years, and I am sure that he will want to be part of that.”