Joe Schmidt has named his 31-man Ireland squad for the Rugby World Cup.

It's official, after a morning of rumours and leaks, the official Irish Rugby World Cup squad has been released, six days ahead of the originally planned announcement and schedule.

Irish Rugby has tweeted the squad this Monday afternoon and the big news is confirmed: Devin Toner misses out on a seat on the plane to Japan later this month.

Other notable omissions include Will Addison, Jordi Murphy, Kieran Marmion and Ross Byrne.

Meanwhile, Chris Farrell and Andrew Conway, who both performed well in Saturday's victory over Wales in Cardiff, make the squad. 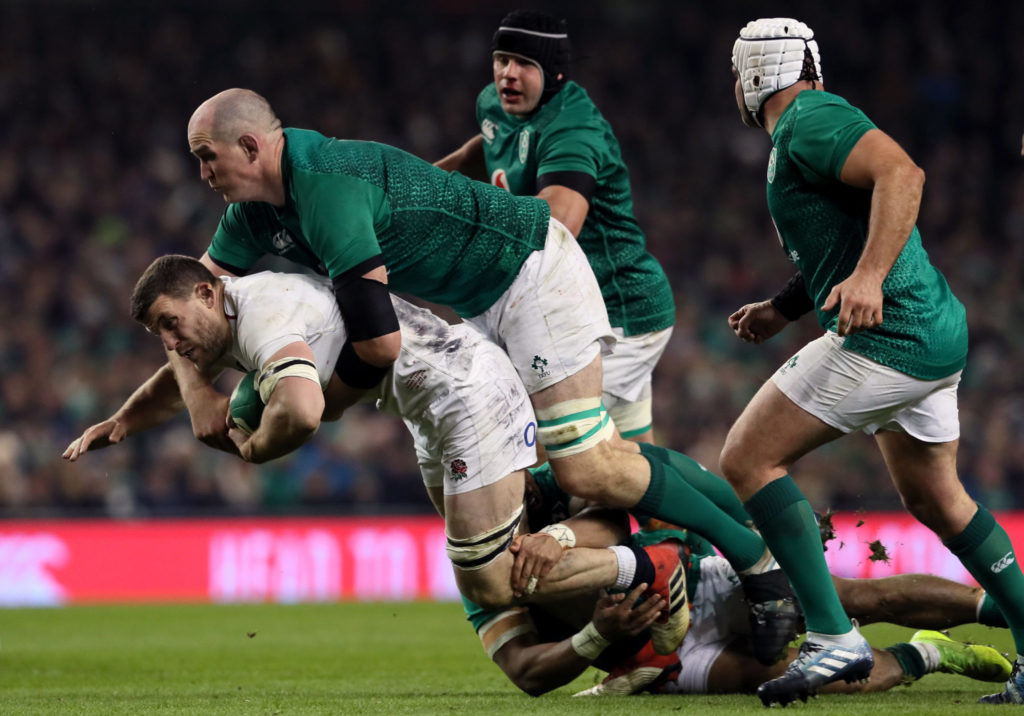 England's Mark Wilson gets tackled by Ireland's Devin Toner during the Guinness Six Nations match at the Aviva Stadium, Dublin.

Irish Rugby have released an official statement which includes the confirmation that Rory Best will captain the side in what will be his fourth consecutive Rugby World Cup.

Here is the squad in full, which includes 17 forwards and 14 backs:

And here is the confirmation of Ireland's schedule for the four pool games in Japan: