Ireland were "lacklustre", "flat" and "one dimensional" | Keith Wood and Brian O'Driscoll

Ireland led 20-7 at half-time at the Aviva but only managed to hold parity with the visitors in a flat and lifeless second-half. They'll now face Scotland in the 3rd place playoff game in a competition which Wood feels doesn't "really matter that much".

"A real lacklustre performance, unfortunately," O'Driscoll said of Ireland's showing on Monday Night Rugby on Off The Ball. "We all saw this as a great opportunity to build confidence, build an understanding about how we were to go about shaping our game-plan.

"Nothing really came of that in that second-half and and that's the most disappointing thing from the public's perspectives but also from the players' and coaching staff's perspective. It's a real missed opportunity."

O'Driscoll acknowledged that the pandemic has made for a "disjointed" first calendar year in charge for Andy Farrell but he thinks the team would have been hoping for more in the Autumn Nations Cup.

"We haven't seen that evolution which we would have anticipated during this November tournament, it puts added pressure on a performance more so than a result.

"Everyone is crying out for a good performance and an 80 minute performance to get a sense of the level we can expect to get to. We had huge access to play wide and didn't take it on, we got into an arm-wrestle and looked a bit one-dimensional." 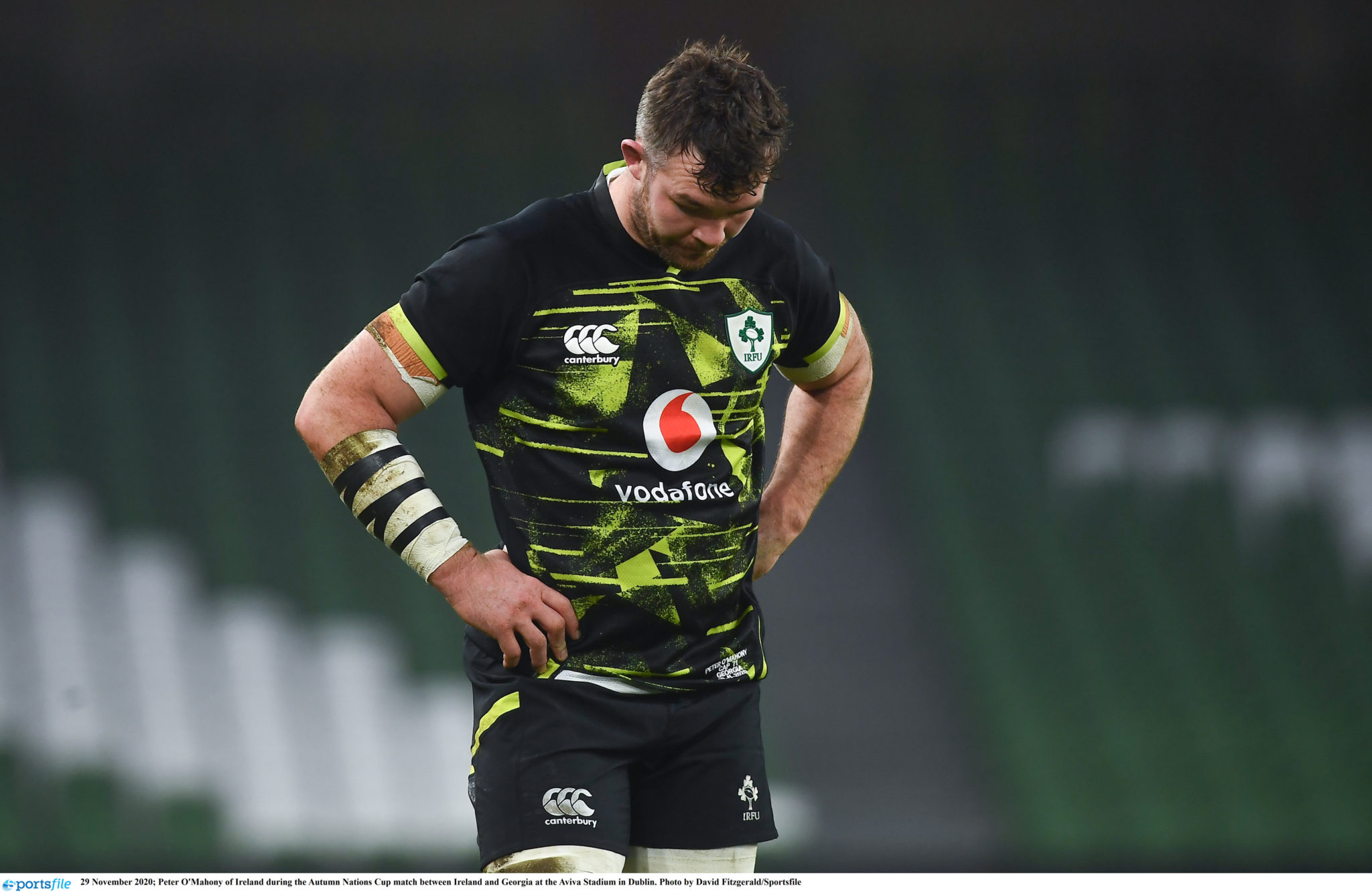 29 November 2020; Peter O'Mahony of Ireland during the Autumn Nations Cup match between Ireland and Georgia at the Aviva Stadium in Dublin. Photo by David Fitzgerald/Sportsfile

Ex Ireland hooker Keith Wood also feels that the team's play lacked imagination and intensity against a side ranked 12th in the world.

"Pretty depressing viewing, dire viewing actually. There was a bit of energy in the first-half but there was none in the second-half, absolutely none. The lack of urgency, the lack of quality, even the lack of thinking made it very, very hard to watch.

"Georgia are honest and physical but we should have picked them apart and didn't. I know we had a lot of guys injured, there were a lot of changes to the team but for me the overall sense was the team were flat and lacklustre in energy.

"I don't know if that partly has to do with this competition, these matches are like friendlies. You can't seem to get away from the fact that they don't really matter that much.