Ireland head coach Richie Murphy has made just two changes to his starting XV for Thursday's U20 ...

Ireland head coach Richie Murphy has made just two changes to his starting XV for Thursday's U20 Six Nations clash with England.

The game at Cardiff's Arms Park looks set to serve as a de facto Grand Slam decider, with both sides opening the campaign with back-to-back bonus point wins.

Leinster duo Temi Lasisi and Sam Illo come into the front row, either side of provincial teammate Ronan Loughnane.

They replace Jack Boyle and Mark Donnelly, who drop to the replacements' bench.

The team is captained again from the back row by Alex Kendellen.

"They’ve looked pretty sharp and looked pretty good, to be fair to them," said winger Ben Moxham regarding the England side, "They’ve taken their chances and they’ve scored some good tries.

“They’re definitely a good side. Probably the best side we’re going to face. They like to play. They like to kick and they’re physical as well.

“It’s a big test that we’re coming up against. They’ve won two games, two bonus points as well. Same as us. It’s all to play for.” 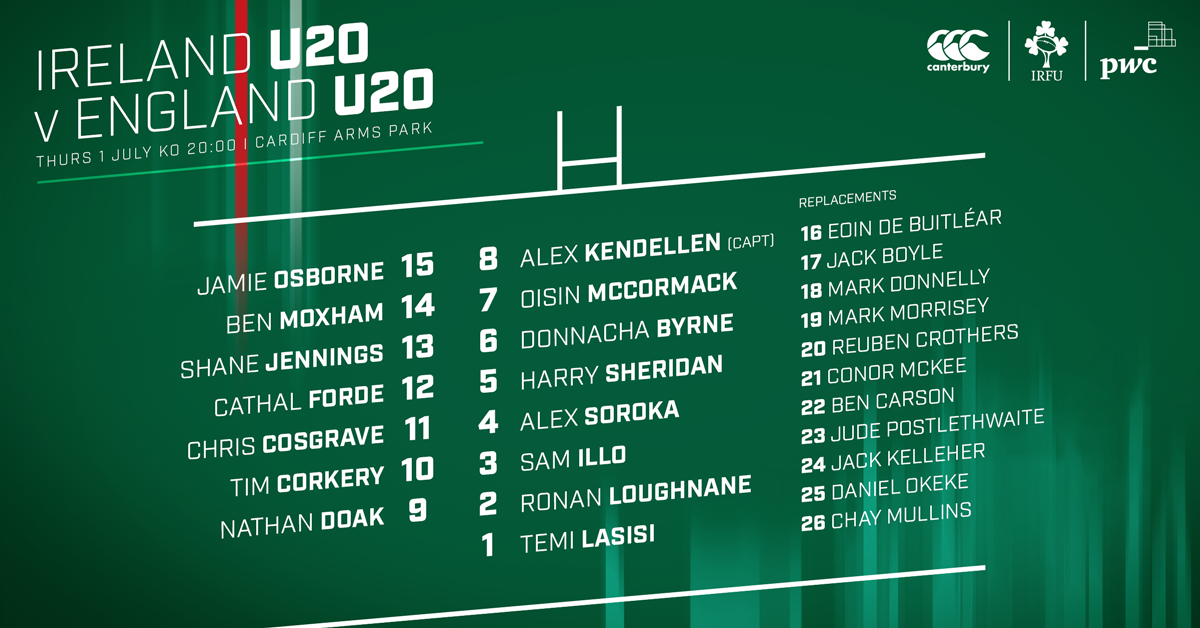