A youthful Ireland hosted Japan at the Aviva on Saturday, looking for some revenge on the visitor...

A youthful Ireland hosted Japan at the Aviva on Saturday, looking for some revenge on the visitors after their last meeting in the World Cup in 2019.

With a number of players away with the British and Irish Lions, and some senior players like Johnny Sexton, Cian Healy and Keith Earls not selected, Ireland were looking to build up experience in some of their younger players.

What many could not overlook coming into the match, however, was the inclusion of James Ryan as captain, as he had been overlooked for a trip to South Africa by Lions coach Warren Gatland to cover for the injured Alun Wyn Jones.

Andy Farrell's men lacked discipline early on, conceding a number of penalties which ultimately allowed Yu Tamaru to put the visitors into an early 3-0 lead.

With their first real possession of the match, Ireland looked to build strong carries up the field, and eventually were awarded a penalty, which they put into the corner.

After a strong lineout, Chris Farrell found himself with the ball in front of the posts and powered his way over the line for the first try of the match. Carbery added the extras to extend their lead to four points. 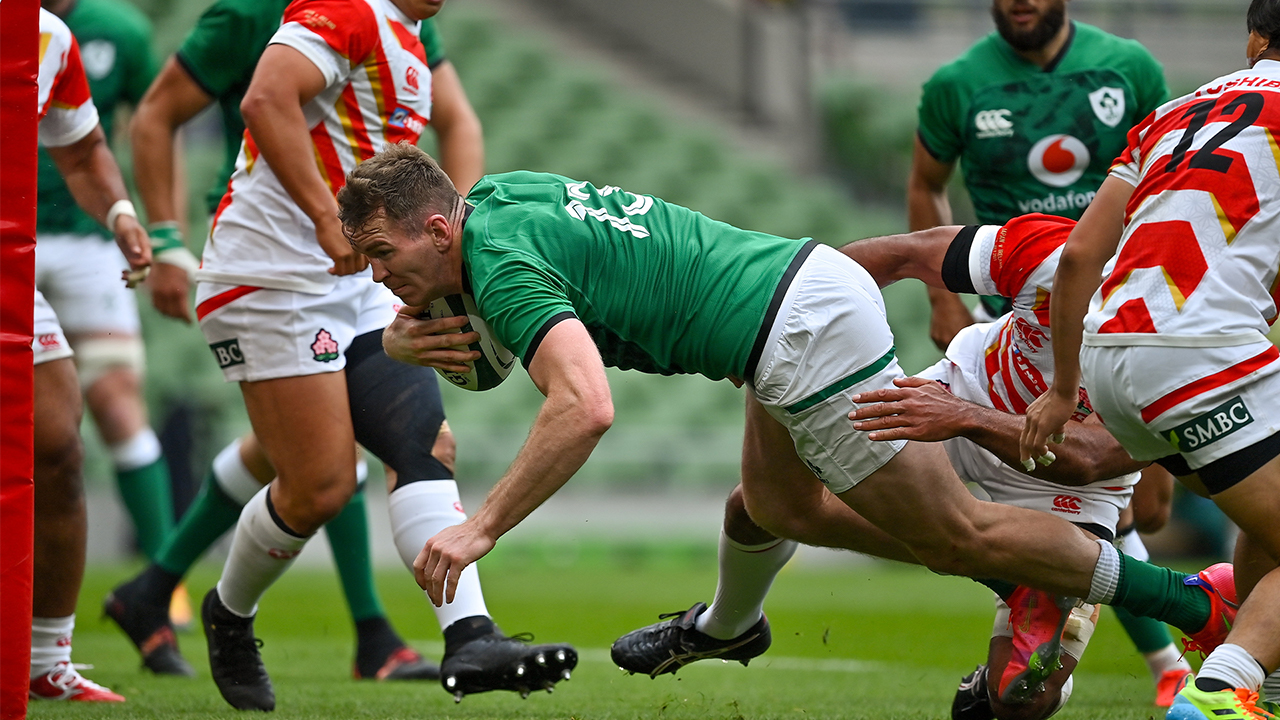 It was a short-lived lead, however, as Japan were given a lineout in a similar position, and opted to maul the ball over the line for a try to the talismanic Brave Blossom captain, Michael Leitch. Tamaru brought the lead back to three points with the successful conversion.

Japan looked the stronger of the two sides with ball in hand, and almost had another try before the final pass was ruled to be forward out of the hands.

Despite making a number of errors in possession, Ireland would capitalise on some broken play to create a well-worked team try which was finished off by Stuart McCloskey.

Japan continued to play all of the rugby in response to conceding that try, with Tim Lafaele getting his try later on in the first half after a breakaway from the Japanese half.

Tamura took the lead out to five points with just over four minutes left of the half, as Japan's defence kept the Irish attack out for most of the remainder of the half.

In the final minute of the first half, the hosts eventually won the war of attrition to score under the posts through the power of Finlay Bealham. Carbery added the extras to take the hosts into half time with a two-point lead. 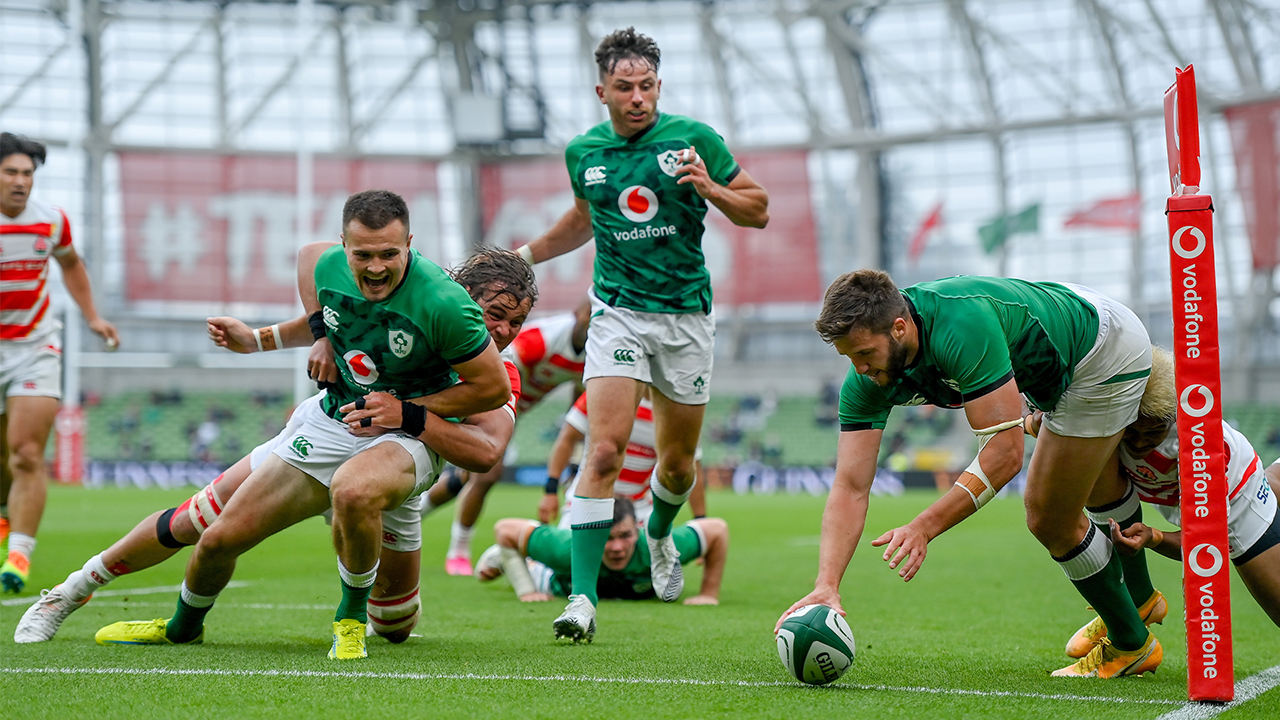 Japan got off to a strong start in the second half, opening the scoring in first five minutes with a brilliant backline movement that saw Siosaia Fifita capitalise from a well-placed inside kick from a Japanese breakaway.

After winning the lineout, Jamison Gibson Park broke down the park making a solid 20 metres, before Van der Flier picked the ball up to bash his way over from close range. Carbery's conversion took the lead for the hosts again.

For the first time in the game, Ireland followed a score with another score, this time through Jacob Stockdale, who scored out wide off the back of a brilliant skip pass from Gibson Park.

Carbery took the lead out to nine points with his conversion as Ireland began to look more comfortable on both sides of the ball.

Against the run of play, Japan managed to close the gap yet again after regathering the ball from a poor kick, and displaying their incredible ability to keep the ball alive through the tackle.

After breaking through the line, the ball landed up in the hands of Naoto Saito, who ran in a 40m try to come within two points after the successful conversion.

Carbery got the hosts back out to a more comfortable lead with a pair of penalties heading into the final ten minutes, as the wind seemed to have left the Japanese sails in the closing quarter.

The hosts survived a late surge from Japan to ultimately get the victory and getting revenge over their visitors, with another nine-point victory.