'Ireland have some Rolls-Royce players..' | So what can be done to improve results?

Ireland need to find 'continuity' as they find themselves under pressure during a tough Six Nations campaign, according to Liam Toland.

Toland joined Monday Night Rugby after Ireland's loss to France on Sunday, and the question of where Ireland are going under Andy Farrell has been raised in some quarters.

Are Ireland in transition? Bar Jonathan Sexton, there is an argument to be made that most of the other positions are nailed down in the starting XV.

"I have a huge sense of forgiveness for the coaching structure because of the injuries they have experienced and when you start losing games you lose momentum."

Toland believes that there may be more than one person feeding into the selection process.

"We know Johnny Sexton is our best outhalf, but there are now only 23 internationals until the World Cup. Apart from Sexton, they have 11, ten and zero caps. If that isn't a transition of your quarterback, then what is?

"I would hope that we can ask the question: if our starting out-halves aren't good enough to be starting World Cup out-halves, then we need to skip over them. For me, you need to start looking at the next layer." 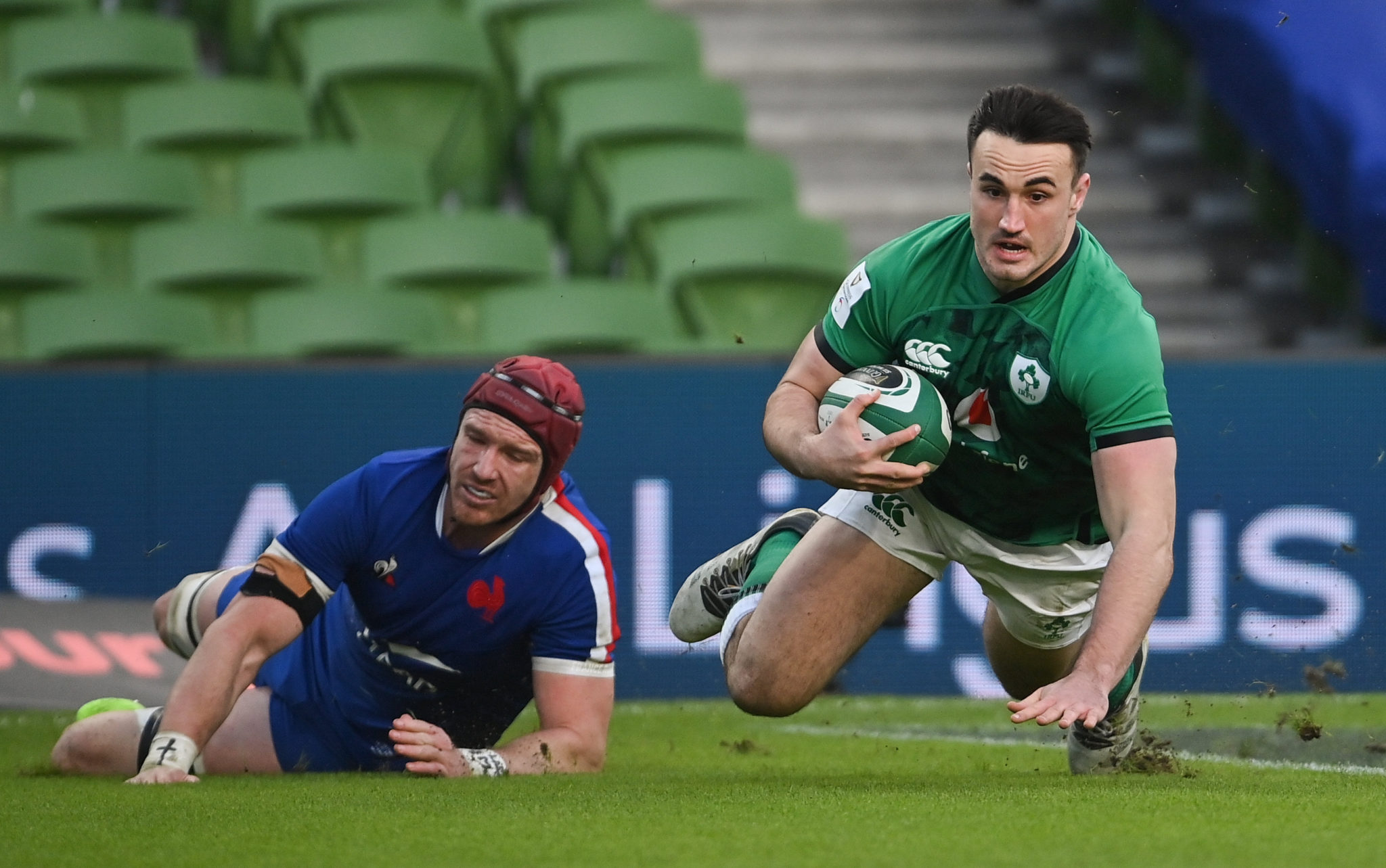 14 February 2021; Rónan Kelleher of Ireland scores his side's first try during the Guinness Six Nations Rugby Championship match between Ireland and France at the Aviva Stadium in Dublin. Photo by Ramsey Cardy/Sportsfile

Where now for Ireland, with zero points on the board but two encouraging performances?

"I think the set-pieces have been very impressive; Porter is really beginning to grow into tighthead, there is an opportunity there to put him into loosehead and Furlong into tighthead.

"There is a spine of the team issue that needs to be sorted out in many, many ways. Stylistically, we are doing a million ball carries, we are leading the charts in that - we are not going anywhere and we're not creating. For me, the big challenge is the continuity of our game.

"We need to start offloading and getting ball carriers expecting to pass, and ball support runners to run suitable lines. Ireland have loads of talent in the squad. We have some Rolls-Royce players but they are not getting the opportunity.

"To find the balance in the front five, we need some heavy-hitters. If we can embrace continuity and get one or two results, we give ourselves the confidence to make decisions on personnel."