England hold off an uninspired Ireland to win comfortably

Ireland travelled to Twickenham on Saturday for the second of their Autumn Nations Cup matches, t...

England hold off an uninspired Ireland to win comfortably

Ireland travelled to Twickenham on Saturday for the second of their Autumn Nations Cup matches, their first against England since coming out of lockdown.

Ireland came into the match without Johnny Sexton and Conor Murray in their starting XV, with Jamison Gibson-Park and Ross Byrne each starting only their second respective games for Ireland.

The injury to Sexton also made way for James Ryan to captain the side for the first time.

The visitors would be buoyed by their performance against Wales last week, as they came out 32-9 victors.

England, on the other hand, came into the match on the back of a dismantling of Georgia a week ago, winning 40-0.

England looked to keep the tempo up early in the first half, as they turned down a very kickable penalty in favour of the quick tap in the first 10 minutes.

Ultimately the ball would go dead, however it was a clear marker from the hosts early on. 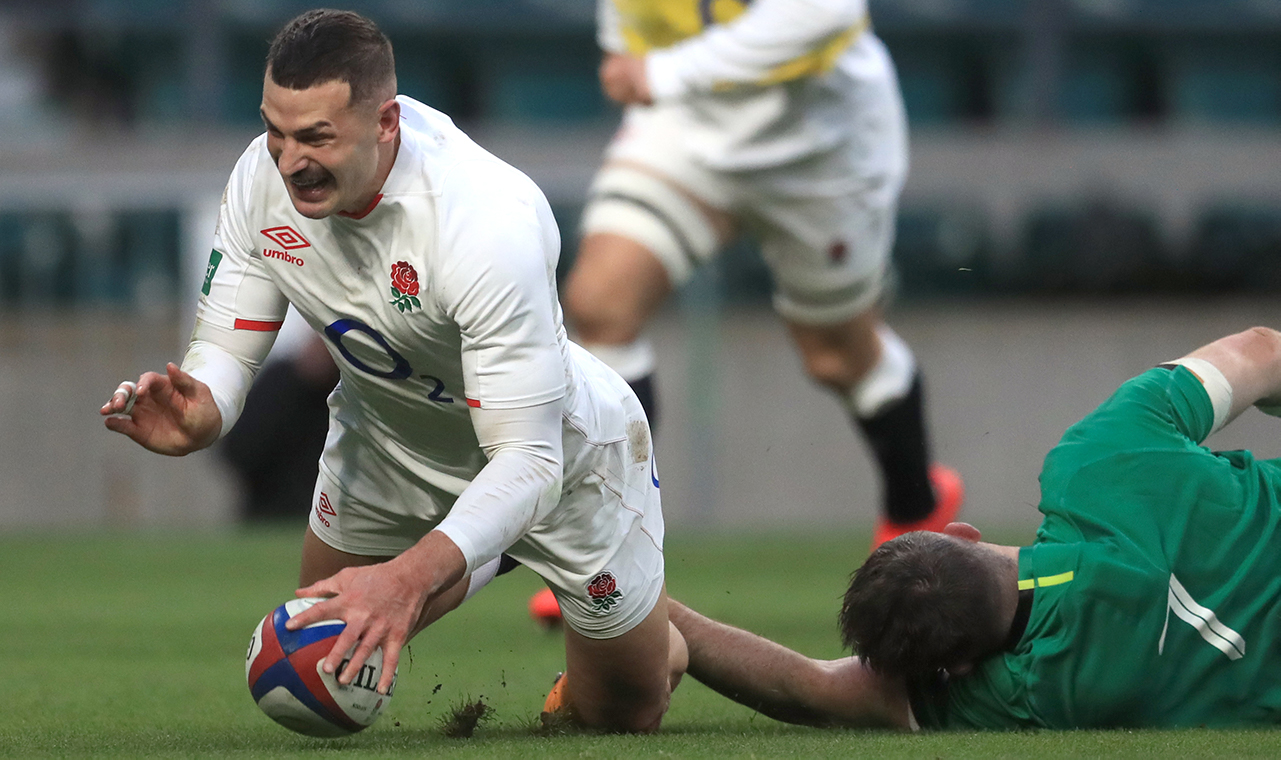 It took 17 minutes for the hosts to capitalise on their possession and territory stats, after an English maul on the Irish five metre line lead to a cross kick from Owen Farrell.

Hugo Keenan was unable to collect the kick, which landed in the hands of Johnny May, who crossed over untouched.

May added a second just three minutes later, after a poor lineot from Ireland in the English half allowed for the break from May down the field.

He beat Chris Farrell and Bundee Aki to make the break, before chipping ahead over Keenan and outpaced Jamison Gibson-Park to score under the posts. Owen Farrell took the hosts to a 12-point lead midway through the first half.

Keith Earls put together the best opportunity for Ireland in the first half with a powerful run down field.

It was a near certain try if he was able to get his pass away inside, however it ultimately led to an England penalty for not releasing.

Ireland's lineout woes persisted throughout the first half, losing the ball a number of times in good position.

With England looking to capitalise on the Irish errors, Ireland eventually took the mark in their 22m to take the teams to halftime, with England winning 12-0.

As the second half got underway, Ireland looked slightly sharper with ball in hand, and caused the English some problems in the opening five minutes.

A laps in discipline from Quinn Roux gifted Farrell another shot at goal, which he kicked successfully, before being given another shot a few moments later, which he also converted.

With an hour gone on the clock, Ireland continued to win the possession battle, however were unable to break through the English defence. 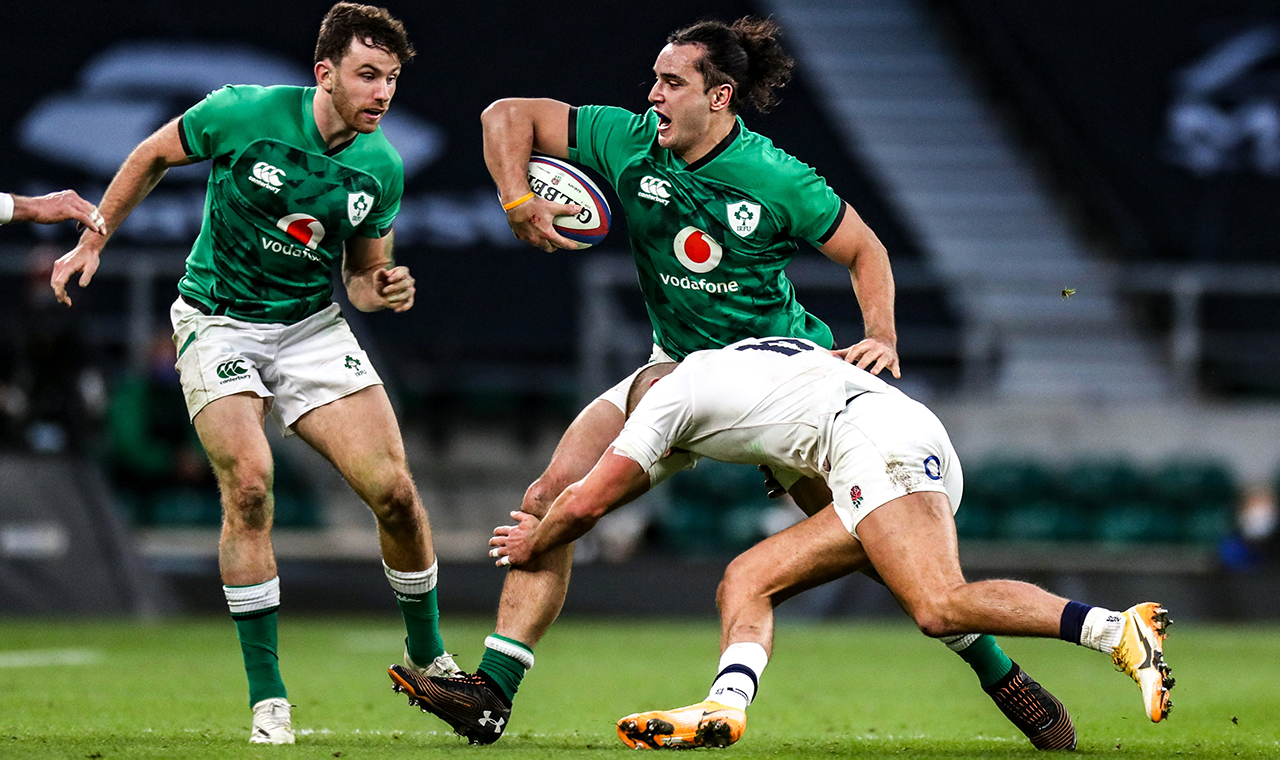 James Lowe of Ireland is tackled by Henry Slade of England during the Autumn Nations Cup match between England and Ireland at Twickenham Stadium in London, England. Photo by Matt Impey/Sportsfile

Their pressure in the English 22m continued to build, however England were able to win the battle up front to stop the Irish from crossing over.

Andy Farrell's mean had a number of chances in the second half, none better than a Ross Byrne chip kick which was regathered by Chris Farrell over the line.

The ball was held up, and the hosts continued to sap the Irish energy and the time left in the game.

Ireland eventually broke through the English defences after a moment of magic from the Ulster pairing of Billy Burns and Jacob Stockdale.

Burns sent a kick high for Stockdale to chase, which was regathered by the fullback, before he cut back inside and scored under the posts.

Burns made it an 11-point game going into the final five minutes of the game.

With good field position in the final minute of the match, Ireland lost another lineout on their own throw, which allowed England to kick the ball out for full time.

Ireland will not be happy to have lost 18-7 after winning the majority of possession and territory for most of the match.