“With Will Addison’s ability and talent, you’d love to have him in the team"

Alan Quinlan discussed an encouraging 24-14 win for Ireland over Wales in the Guinness Six Nations on Monday’s OTB AM.

"It was a good performance," noted Alan Quinlan on Ireland's defeat of Wales. "I think the fundamentals were good. I think Ireland really intelligently moved the ball."

Ireland’s 10-point victory was their second win in two Six Nations games. The former Munster and Ireland man said it was a “vast improvement” from last week’s cagey win over Scotland.

Quinlan had nothing but praise for Irelands new head coach, Andy Farrell. It was Farrell’s second game since taking over the reins from Joe Schmidt after the World Cup.

“He’s an incredibly positive, inspiring kind of fellow. There is a different feel to the team. They seem to have a little bit more energy,” said Quinlan.

Tries from Jordan Larmour, Tadhg Furlong, Josh van der Flier and Andrew Conway sealed the bonus point at the Aviva Stadium for Ireland, as they impressively saw off the Welsh team that won a Grand Slam last year. 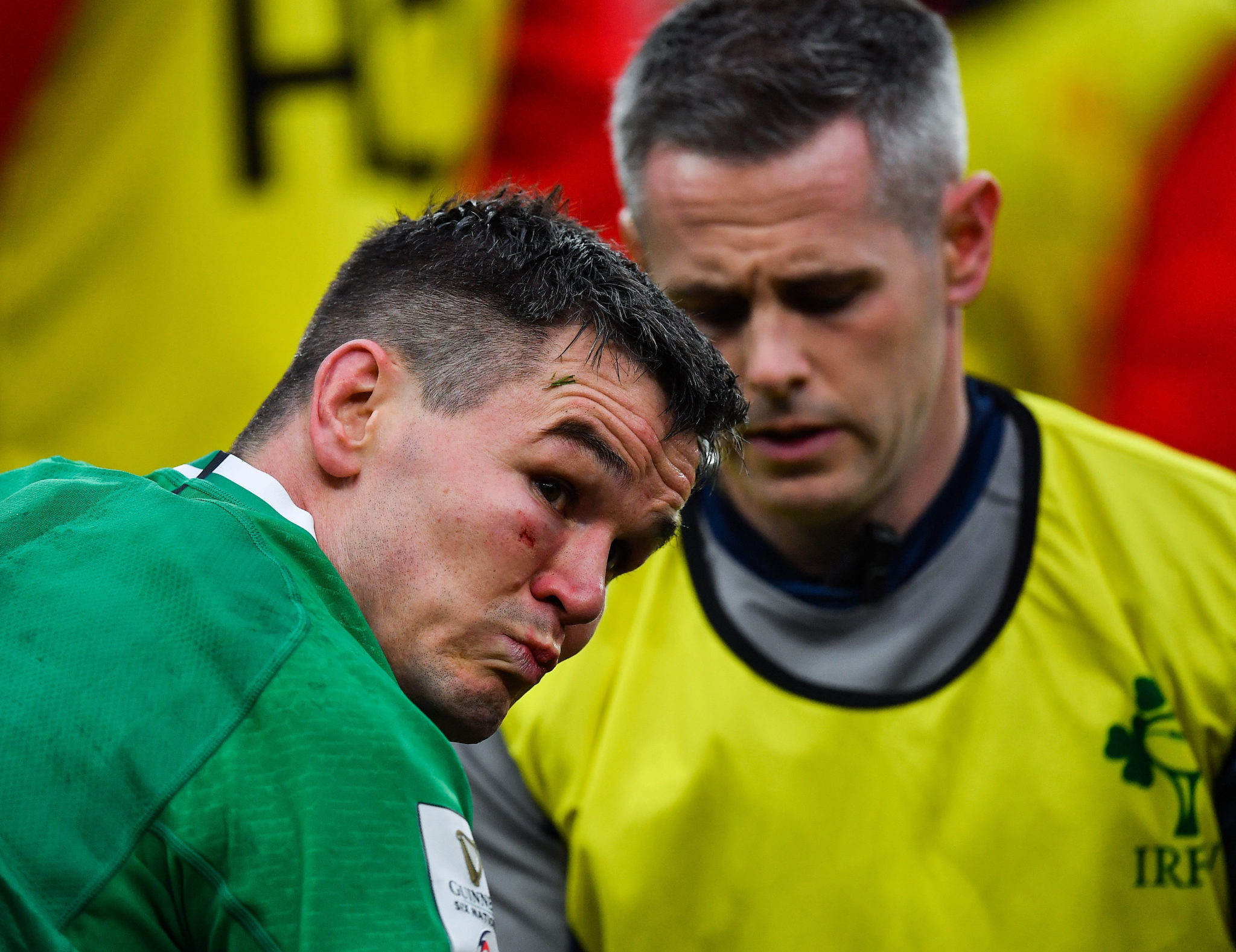 Ireland captain Johnny Sexton seemed a frustrated figure in the press conference after the game, however, Quinlan heaped compliments onto the 34-year-old.

“I really thought [he] was outstanding in that defensive set. If you watch it back, the amount of impact tackles on big players running hard lines [he made]. It was unbelievable.

He’s just full-blooded, full spirited in everything he does, and he was brilliant. He led the team really well,” Quinlan said.

Ireland’s back three of Andrew Conway, Jacob Stockdale and Jordan Larmour terrorized the Welsh all afternoon long. Larmour and Conway both scored a try each, while Stockdale showed his capabilities at full back on the international scene.

“The back three look really dangerous. There’s genuine pace there, there is a genuine counter-attacking ability,” said the 27-capped Irishman.

When talking about Conway, Quinlan said “He was [flawless]. He’s so good in the air. He’s 110% in everything he does. Defensively he’s very strong. He’s a very intelligent player.”

Quinlan also spoke about Will Addison, and how he deserves to be in the team.

“Someone with Will Addison’s ability and his talent, you’d love to have him in the team. I think he’s played really well with Ulster this year.”

Quinlan wasn’t so optimistic that Ireland will beat Eddie Jones’ England side in a fortnight, however.

“They are very physical. They have a lot of power. I think it’s going to be very difficult for Ireland.”

Jones’ team had a 13-6 victory over Scotland, after being blown out in Paris the previous week.

“England will be rightly favourites to win this game."