Rob Kearney admits he projected a confidence which may have been misinterpreted as arrogance when he first joined the first-team set-up at Leinster.

The 95-times capped Ireland international revealed in his autobiography "No Hiding" that he felt a need to appear assured in front of his new team-mates.

"I found it difficult to settle into the squad from an early age," Kearney told Joe Molloy and his former captain Brian O'Driscoll in the second part of his three part interview with Off The Ball.

"I put a lot of it back on myself, I came out of school and I very much thought that if I want to play with these guys then I need to act like them.

"Part of what I sensed to be a cold war may have been down to me. I was no doubt giving off a vibe that I thought I was the new good thing, if there was a bit of cockiness about me that how was I thought I was expected to act around those guys."

Having represented Leinster at schoolboy and under-19 level, Kearney graduated to the senior set-up at the province when he finished school at Clongowes.

"I thought they wanted cocksure swagger," the Louth native continued. "I accept that now. You only accept it when you get a little bit older. The environment back then was very different to what it is now in terms of how inclusive it is.

"When I look at the younger guys now, the type of guys which we want to see are the humble lads, they're quiet, they put the head down and work hard and don't put any noses out of joint and they wait their time before appreciating the successes of professional rugby.

"If someone had come and put an arm around me and told me that it wasn't the way to act then I would have taken it on board. I acted that way because I felt it was very much what the other lads wan't to see." 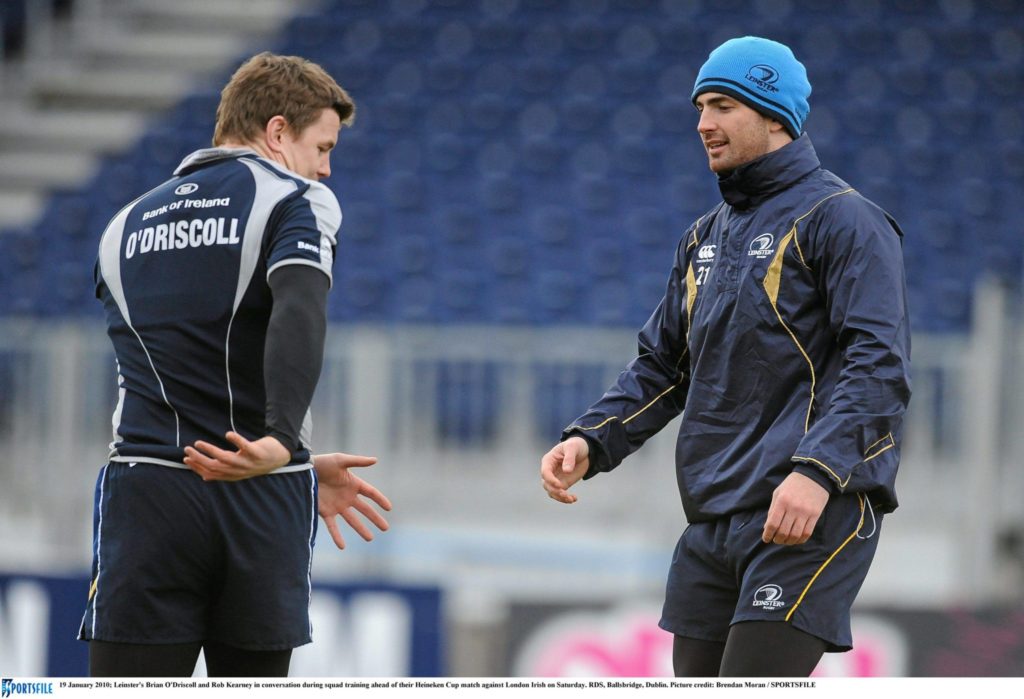 I remember R Kearney getting taped up after a while

"There's an element where I could have brought a bit more humility when I was coming in," he admits. "My very first pair of Adidas boots I had a big R Kearney on the front of them at 19 years of age.

"I thought that I'm a professional rugby player now and I can do what Brian and Gordon (D'Arcy) do with their boots when in fact it's the complete opposite. The older guys would have liked to see a young guy coming in putting his head down and working away hard, that is definitely an element of the environment that I think I got wrong."

O'Driscoll says he found the teenage Kearney to be "pretty mature" for the best part but he did recall the personalised boots being covered up soon after his arrival.

"I remember the R Kearney and it getting taped up after a while," said the former Ireland and Lions captain. "Was it after a game that didn't go great for Rob early on? The penny kind of dropped that maybe that stuff was being frowned upon.

"It was a time when you had to earn respect and maybe it was it was a little bit more difficult than I give ourselves credit for.

"I guess when I came into the environment in '99, you had to put up and shut up and you earned your credibility from the way you played.

"When someone comes in and their cock of the walk personalty wise, they have to deliver on the pitch.

"You can't have one without the other, if you're cock of the walk around the place and not able to match it on the pitch then I think it's harder to integrate." 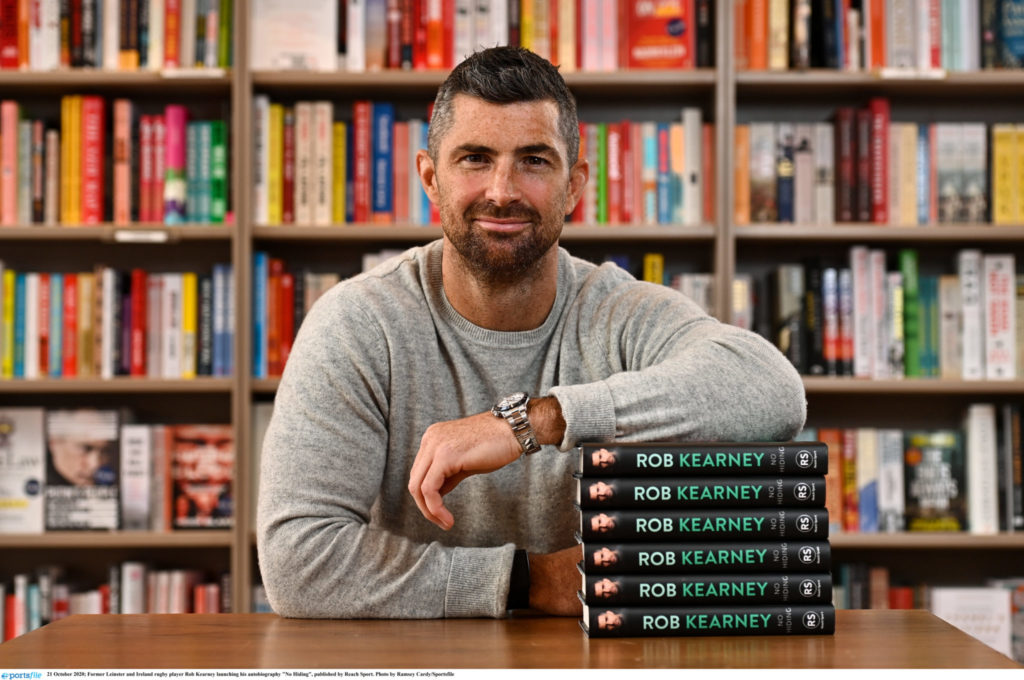 Having collected a sixth league title this season, Kearney is set to depart for Perth for a 12 month stint with the Western Force. On O'Driscoll's departure from Leinster he instead retired from the game to become an analyst.

Kearney says he understood that O'Driscoll would have to be forthright in his views on radio and TV but their friendship hasn't been affected by it.

"There was many times over the years where I came out the wrong side of his opinion but it was never done in a scathing sort of way and I appreciated that at the time and still do now.

"If we're being honest about, it only takes your friend to say one thing wrong for that relationship to be compromised, he's had his opinions but they were never done in a malicious way."

When asked by Joe about whether it was difficult to analyse Kearney's performances in the media, O'Driscoll revealed it's tricky to do so.

"I remember distinctly when there were question marks about Rob and the 15 jersey and I think it was just before the All-Blacks in Chicago.

"It was put to me by Ger (Gilroy) on Off The Ball, 'who is your back three?' And it was the first time I picked a back three without Rob.

"I found that incredibly difficult and I thought 'that's not going to go down well' and it coincided with probably the best year and a half of his rugby playing career from the second I finished the sentence! He was brilliant for Ireland and Leinster.

"I did feel every time that I was talking about him that I needed to be a little bit protective and mindful that when we are finished that we can have a friendship and can go and play golf and can go and have beers and chat about the times before I become a pundit."