Henshaw was awarded the official player-of-the-match award on the day, which saw Ireland play one of their best matches since 2018.

Speaking to OTB Sports after the match, Dunne suggested that Henshaw has always been capable of this blockbusting form.

“I don’t think there has ever been any question marks about Robbie Henshaw’s abilities,” Dunne said.

“His lowest point in an Ireland jersey was ironically an Ireland-England game here [in the Aviva] at fullback in 2019.

“I think he was harshly criticised in that game. He didn’t have a great match, but he is much like Elliott Daly. 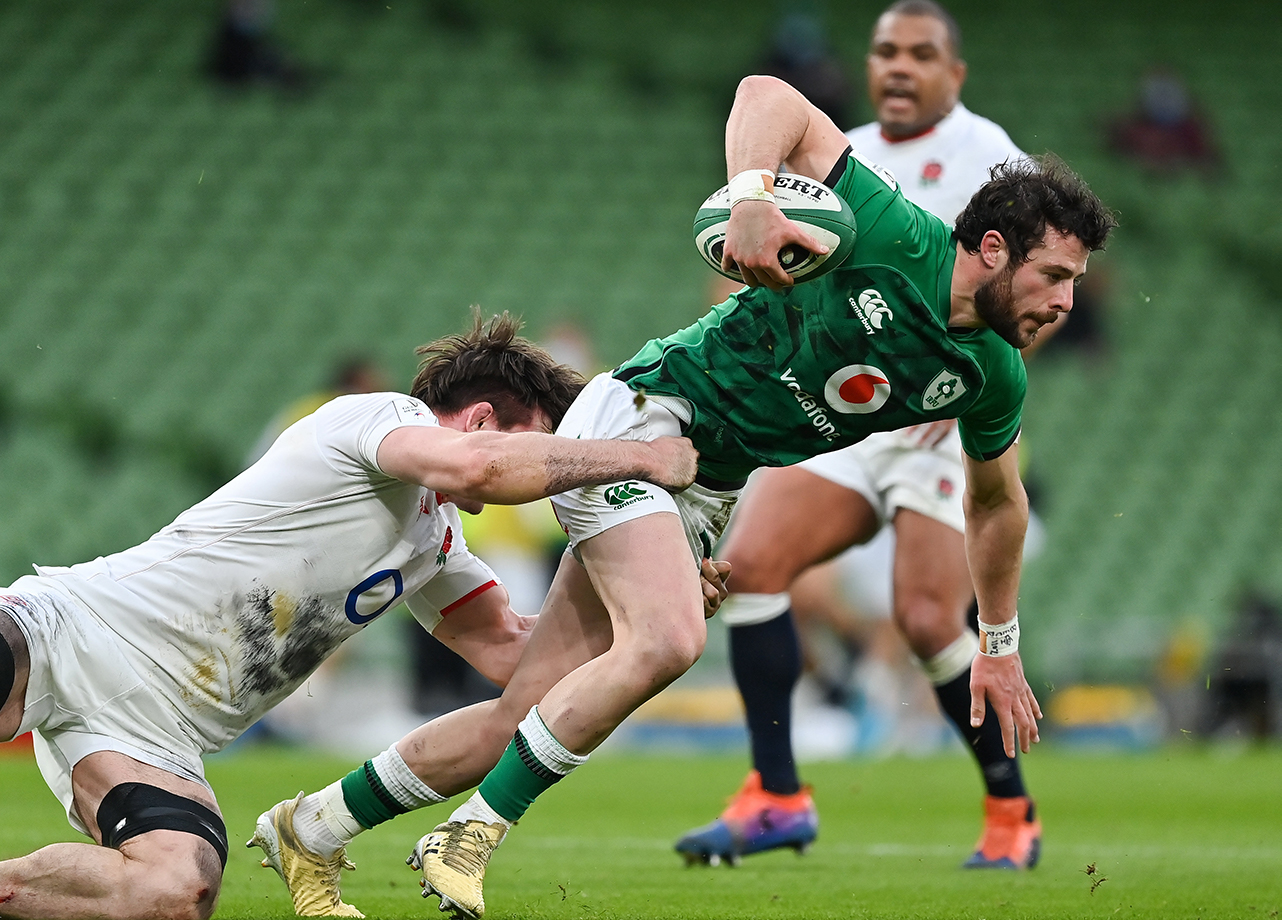 Robbie Henshaw of Ireland is tackled by Tom Curry of England during the Guinness Six Nations Rugby Championship match between Ireland and England at Aviva Stadium in Dublin. Photo by Brendan Moran/Sportsfile

While he has always had it in him, Dunne suggested that there is a key reason that Henshaw has been playing so well in 2021.

“My point in terms of what he is doing at centre that is different from the last 12 months is that I think he is just match sharp,” Dunne said.

“He has had a run of games where he is at peak energy levels, his injury profile has been very low, he has a lot of momentum and confidence in his game.

“He has got distribution in his game; he has probably not had the opportunity to distribute a lot the way that we have played.

“We could see him add that into his game, although that is probably a tactical decision by management, but he has got that in his locker as well.

“It will be great to see him add that little bit of flourish in his game.

“In terms of physical contribution around the field, and at key moments, he has been outstanding.”

After a stellar Six Nations, Henshaw has definitely put his hand up for a potential starting birth for the Lions later this year against South Africa.

IRFU confirm Japan and USA tests for Ireland in July