Joey Carbery could be forgiven for feeling irritated by talk of him filling in for Ireland at scr...

Joey Carbery could be forgiven for feeling irritated by talk of him filling in for Ireland at scrum-half or fullback, given his desire to play 10.

Off The Ball's Eoin Sheahan believes that this may prove a 'heartbreaking' tournament for the Munster man.

Carbery appeared in front of the press ahead of Ireland's match against Samoa in Fukuoka, alongside Iain Henderson.

Our man in Japan thought he looked, "a little bit irked" when asked about kicking the ball dead to make sure Ireland took a losing bonus point from their clash with Japan.

"At the time, I thought it would be the best thing"

Watching the Munster-man's reactions, Eoin believes he was further irritated by questions about whether he is preparing to play roles other than out-half.

"From Joey Carbery's perspective, it was interesting listening to him talk about 2019 in general and that the frustration surrounding the injury seems to be a big thing.

"He said that [before the injury] he was beginning to 'see the field' in front of him as an out-half; getting the mental aspect of an out-half. Knowing what things are going to happen before they happen. 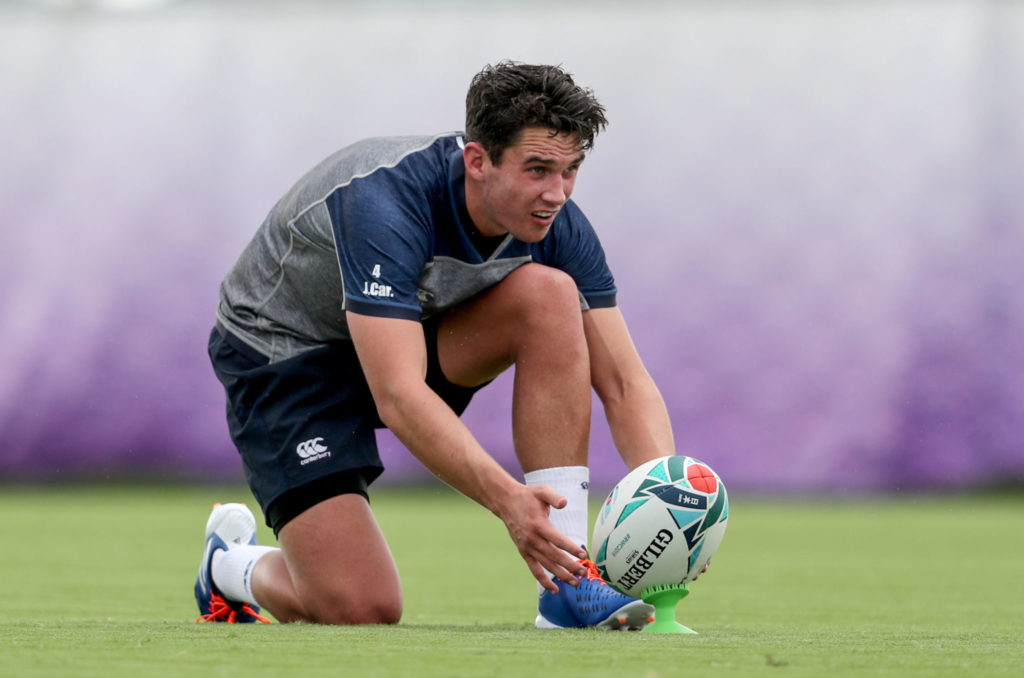 "He was starting to pick up that skill, and experience is really the only way you can get that. Then the injuries start to come.

"It really seemed to frustrate him because it is not just stopping him from getting onto the field, it is stopping his development as a top-class ten.

"I have a feeling that the talk of him filling in at scrum-half or 15 is something that privately annoys Joey Carbery. He wants to be the next number ten.

"Johnny Sexton is 34 now. This should be a 'passing of the torch' tournament for Joey Carbery. That is heartbreaking for Carbery."

Here's how Carbery responded when asked about covering a number of positions at this morning's Irish press conference:

"If I need to, if there's a certain break in training where I need to go in at 9 or 15, I get the tap on my shoulder, but it's up to the coaches, they are the ones who are instigating where I am playing. Happy to be playing at 10, it's a position that I love."

Eoin also believes that the management of Joey Carbery's positional rival - Johnny Sexton - will be key for Ireland's success in the World Cup.

"We've looked at a team that, when Sexton is off the pitch, just do not look like a team that will go anywhere close to getting a scalp against a team like South Africa or New Zealand.

"Ultimately, this tournament is about how many minutes can [Joe Schmidt] get into Sexton to ensure that he brings momentum into a probable quarter-final without getting injured.

"That is about half an hour this weekend - that is likely what we are looking at."

South Africa to the Six Nations by 2025 - Craig Ray