Ben Healy will be happier with a one-year contract than Munster will be, according to ex-Munster ...

Ben Healy will be happier with a one-year contract than Munster will be, according to ex-Munster flanker Alan Quinlan.

After much speculation linking Healy with a move to Glasgow earlier in the season, it was announced on Thursday that Munster had signed Healy to a one-year contract.

The 21-year-old had previously been signed to a Munster Academy contract and has built up 12 senior appearances for the province.

Speaking on OTB AM on Friday, Quinlan suggested that within the next year, Healy should prove himself as the first or second choice starter amongst a host of talented out halves in Munster.

“It is a better deal for him than Munster, because he is keeping his options open and seeing how things play out,” Quinlan said.

“Obviously JJ Hanrahan is there, [Joey] Carbery, Ben Healy, Jack Crowley coming through and Jake Flannery; so, there is a competition there.

“If Ben Healy signed a three-year deal and doesn’t play a lot of matches in the next few years, and if the other two younger ones, Crowley and Flannery, [could] pass him out.” 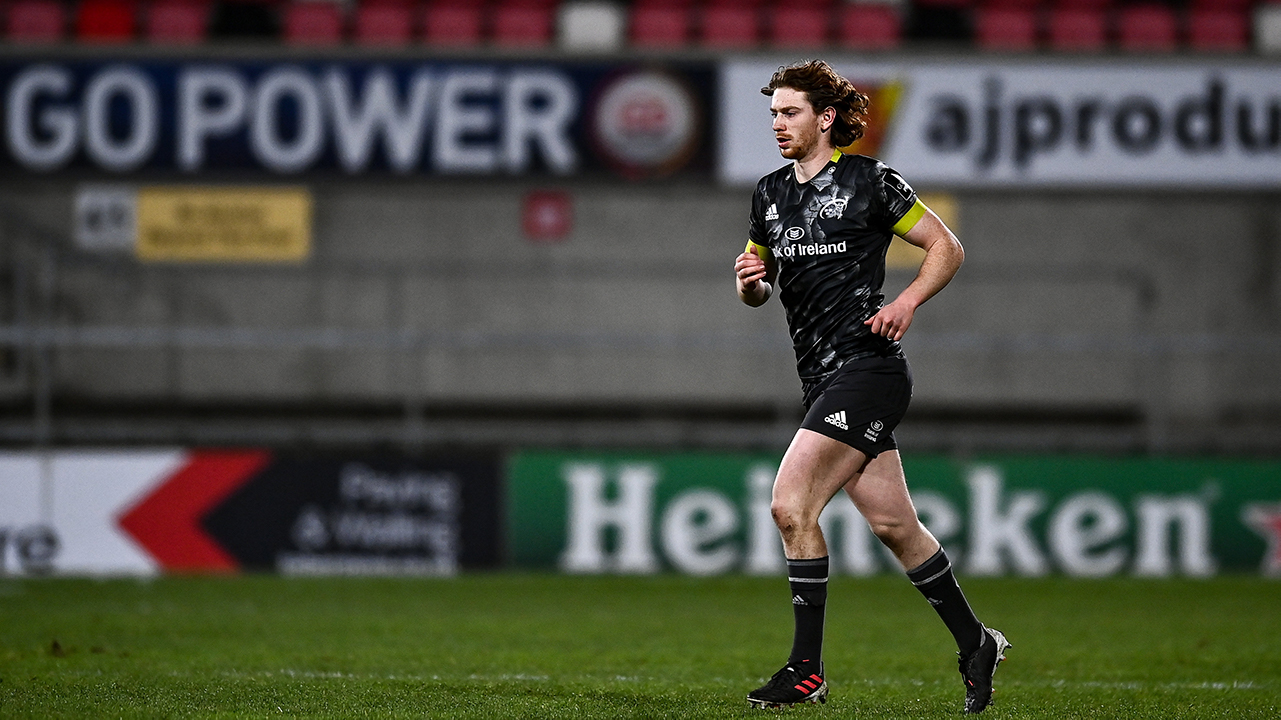 Ben Healy of Munster during the Guinness PRO14 match between Ulster and Munster at Kingspan Stadium in Belfast. Photo by David Fitzgerald/Sportsfile

Healy can earn a longer deal

Quinlan feels that Healy still has a lot to prove before he earns a longer-term contract, as he is still not a regular starter for Munster.

“I think it suits both parties to see where he is at,” Quinlan said. “Ben Healy still has a lot to go in his development.

“He is a very exciting young player who has done remarkable well in the Pro14 and a couple of European games, but there are still sterner tests to come.

“I think giving a player a long-term contract now, you’ve got to see that ability to do it at a higher level as well, so it is not a surprise to see it is only a one-year deal.”

While he believes that Healy will be happier with the one-year deal, Quinlan did suggest that there can be real danger for the young outhalf.

“The downside when you sign a one-year contract like that is if you picked up an injury or something, all that speculation and ability to move somewhere else can go away very quickly,” Quinlan said.

“Clubs would be reluctant to sign players who get long-term injuries, so hopefully he can go to the next level and show that ability at a higher level.

“Then, the next contract will be a two-three year one.”

Munster will be looking to secure their place in the Pro14 playoffs with a win over Connacht tonight, kickoff at 7.35pm at Thomond Park.