Saturday's Guinness Six Nations clash between England and Ireland has all the makings to be a classic.

Saturday's Guinness Six Nations clash between England and Ireland has all the makings to be a classic.

With the Grand Slam out of touch, Ireland's Triple Crown campaign will rely on cool heads, stiff necks and muting the ever-raucous Twickenham crowd.

And within the battle, there will certainly be plenty of theatres of war. No less so between the team's number 10s – Jonathan Sexton and Marcus Smith.

Hanging up the boots

After 13 years at the helm of Irish rugby, Sexton announced that his new IRFU deal will be his last. The 36-year-old will retire from rugby after the 2023 World Cup in France.

Sexton's record speaks for itself. Since his test debut in 2009, the Leinster man has gone on to score 968 points in 109 matches for his country. 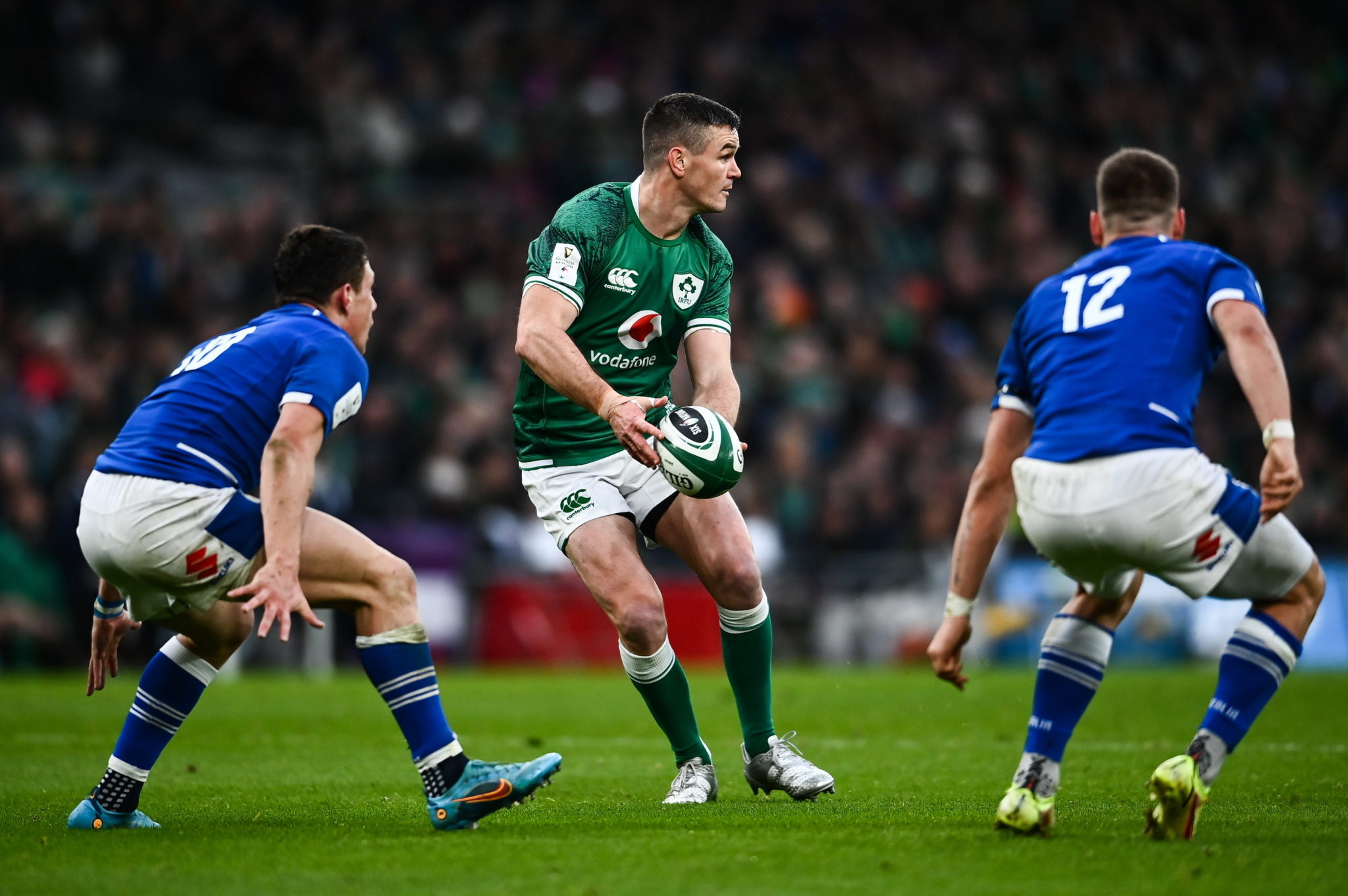 27 February 2022; Jonathan Sexton of Ireland during the Guinness Six Nations Rugby Championship match between Ireland and Italy at the Aviva Stadium in Dublin. Photo by David Fitzgerald/Sportsfile

Even today, Sexton's absence can be felt in Ireland's performances. After shaking off a hamstring twinge, Sexton's cameo appearance in Ireland's drubbing of 13-man Italy last weekend really upped the ante.

Despite the numerical advantage, Ireland's performance up to Sexton's arrival on the hour mark was rather flat and lacklustre. The last 20 minutes however saw the Irish side galvanise a missing ruthlessness – tallying a further three tries and compounding Italy's misery.

13 years younger than Sexton, Smith's explosion onto the international rugby scene has not gone unnoticed. No less unnoticed than to Ireland legend Brian O'Driscoll.

Speaking with OTB's Joe Molloy, O'Driscoll was quick to highlight the danger Smith poses to the Irish defence.

"When there's a guy running the short line, Smith will see the separation of the defender’s shoulders turning in. And depending on the personnel of the next defender – he will have a go at that. He did that against Wales and did it so well," says O'Driscoll. 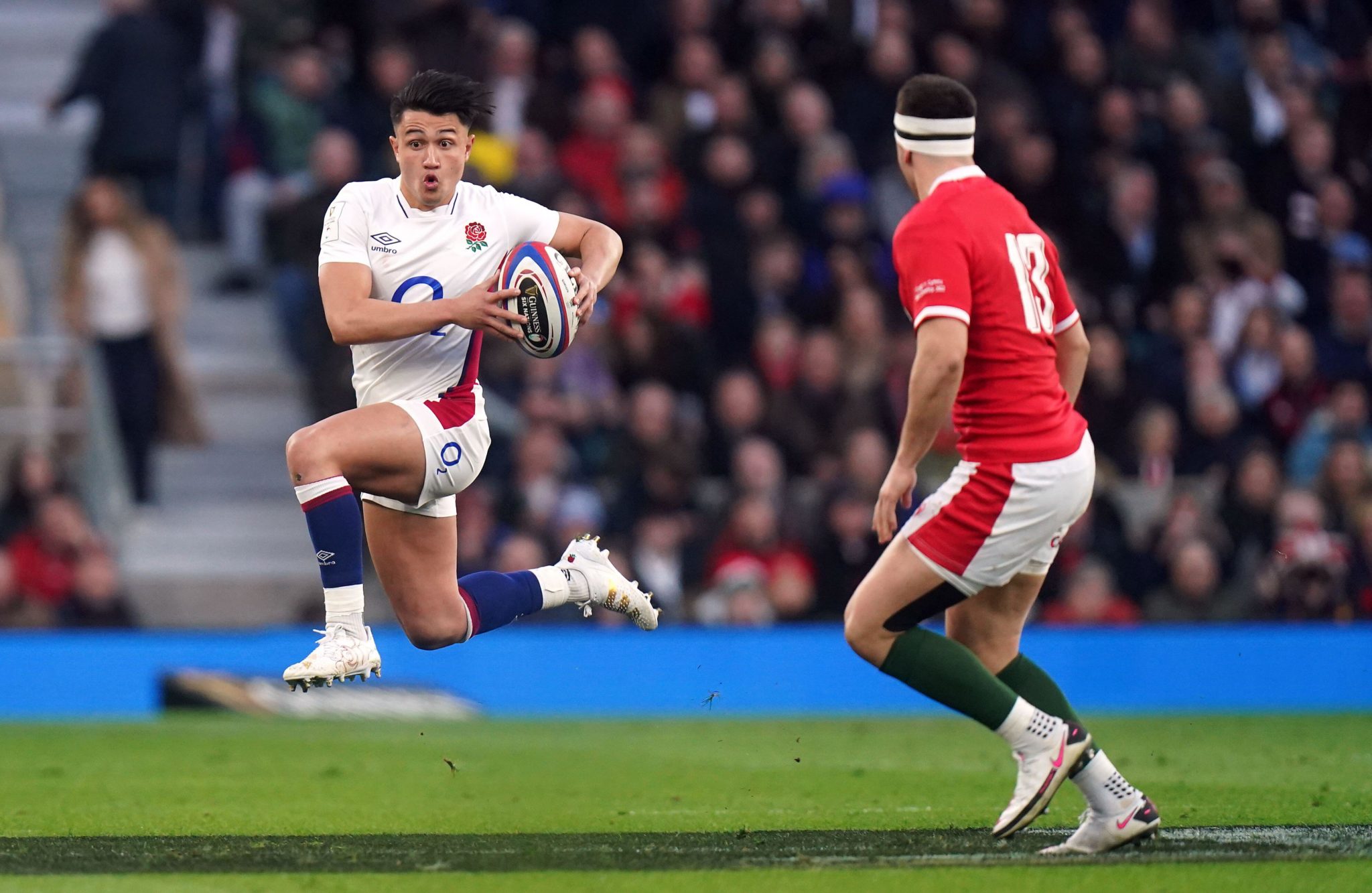 "He has this incredible athletic prowess that gets him out of trouble that wouldn’t allow other players to survive. And he backs himself so much. If in doubt he will back himself."

It's not just Smith's attacking prowess that should worry the Ireland camp. The 23-year-old has a good kicking conversion rate so far in the tournament also.

So far, Smith tops the charts for the most points kicked with 48. The closest second is France's Melvyn Jaminet with 36. In comparison, Ireland's top scorer is Joey Carberry, with only 18 points to his name.

Saturday's match will be an enthralling match in and of itself. But one can't deny that the spotlight will be on the two kickers.

For O'Driscoll, he sees similarities in the two players. But the former Ireland captain also thinks Sexton's experience will outsmart Smith's youth on the day.

"Both of them understand space, they really do. But Johnny’s understanding is just pure experience," O'Driscoll says.

"Johnny’s now really using his intellect to [get by]. He’s an inferior athlete to Marcus Smith. But still, very capable. If you offer him a gap, he’ll still go through,"

"It’s Sexton's passing game and his vision, and his ability to attract defenders and then pick the right option is the real differentiator. That’s why he is still our number one," O'Driscoll continued.

“Johnny’s understanding is from pure experience, but Marcus just gets it.”

Who gets your vote – Sexton or Smith?