Munster out half JJ Hanrahan is rediscovering his form at the right time, according to former Ireland captain Brian O’Driscoll.

In Munster’s historic, come-from-behind victory over Clermont-Auvergne on Saturday, the 28-year-old scored 24 of his side’s 39 points, as well as contributing some attacking flair.

Hanrahan had been criticised for a number of months recently for what seemed like a lack of a ‘big match temperament’.

In their last encounter with Leinster, whom Munster will host in the PRO14 on Saturday, Hanrahan missed all but one of his kicks at goal; a trend that many had begun to notice.

The emergence of academy star Ben Healy also placed more pressure on the Kerry native, however, Saturday’s 100% kicking record and his general play would suggest that he is attempting to restate his claim to the Munster number 10 jersey.

Speaking on OTB AM on Tuesday, O’Driscoll felt that Hanrahan’s performance was the perfect reminder of what he is capable of.

“We know what JJ is capable of with ball in hand,” Driscoll said. “He has always been that type of player.

“[He is] maybe not out of the mould of ROG (Ronan O’Gara) or coming in as a successor to what was previously there.

“He always had that attacking game, and the issues have always arisen around his ability to be able to keep that scoreboard ticking over, and clutch kicks.

“We saw it in the second part of last year when the game remerged in August, he struggled in the semi-final against Leinster; there were a couple of clutch kicks that just could have kept Munster in the game, and he missed them.” 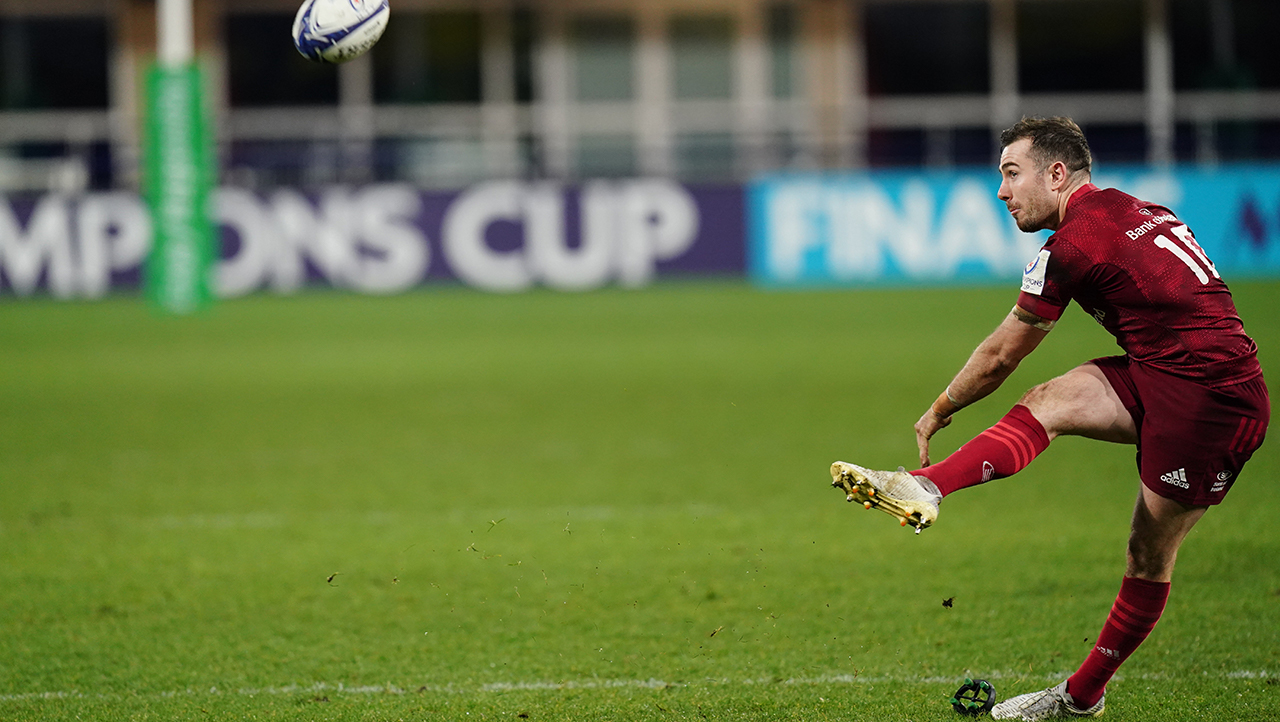 JJ Hanrahan of Munster kicks a penalty during the Heineken Champions Cup Pool B Round 2 match between ASM Clermont Auvergne and Munster at Stade Marcel-Michelin in Clermont-Ferrand, France. Photo by Julien Poupart/Sportsfile

Hanrahan has a thankless job

The life of a goal-kicker is a tough one, according to O’Driscoll, as they so often go uncelebrated for keeping the scoreboard ticking over.

“I suppose it is a bit of a thankless job,” O’Driscoll said. “It is expected of you to knock those kicks over and when you miss them, you are the bad guy in the team.

“You are the one that gets the stick from people. If you are going to go and take on goal-kicking, you have got to have an ability to keep the team in the game.”

Munster fought back from 19 points down in the first half in Clermont, with most of their points coming from Hanrahan.

O’Driscoll suggested Hanrahan's performance with the boot will buoy him, as it showed a new confidence in his kicking that was lacking earlier in his career.

“Huge credit to him on this occasion,” O’Driscoll said. “He was knocking them over from everywhere.

“He was obviously in a real groove too; you could tell that it wasn’t like he was just creeping them over.

“The one that hit the crossbar was a magnificent kick from 45 out; that is a huge confidence builder.”

With Joey Carbery still out of action for an unknown amount of time, and a number of young flyhalves all fighting for the second choice spot behind Johnny Sexton, O’Driscoll thinks that a consistent run for Hanrahan could throw his name back into the Irish hat.

“If he can keep that up, he will get his name back into international reckoning where maybe he once was.”