Furlong not banking on DJ career | 'I wouldn’t be trying to sell tickets!'

Tadhg Furlong has shown he can flatten any tackler when he carries the ball but his DJ skills may...

Furlong not banking on DJ career | 'I wouldn’t be trying to sell tickets!'

Tadhg Furlong has shown he can flatten any tackler when he carries the ball but his DJ skills may be enough to make them run the other way.

The prop is hoping to continue in his role as the British & Irish Lions first-choice tighthead prop from the New Zealand tour in 2017, when the first Test against South Africa is played on Saturday.

Furlong is calming the nerves with a new hobby on the decks ahead of the first team announcement by head coach Warren Gatland on Thursday but the Wexford man admits that his stints on the wheels of steel may not exactly be helping to boost morale in the squad.

"It’s over-egged, to be honest with you really," said Furlong when asked if it was true that he had taken up the new hobby while on tour.

"The long and short of it is, Tom Curry found decks, they brought a lot of stuff over for us just to keep us entertained in the hotel and stuff like that.

"Tom Curry found decks and decided he wanted to be a DJ and I was like ‘Look, let’s have a go, have a bit of craic', trying to learn a new skill and what have you and it went terribly. 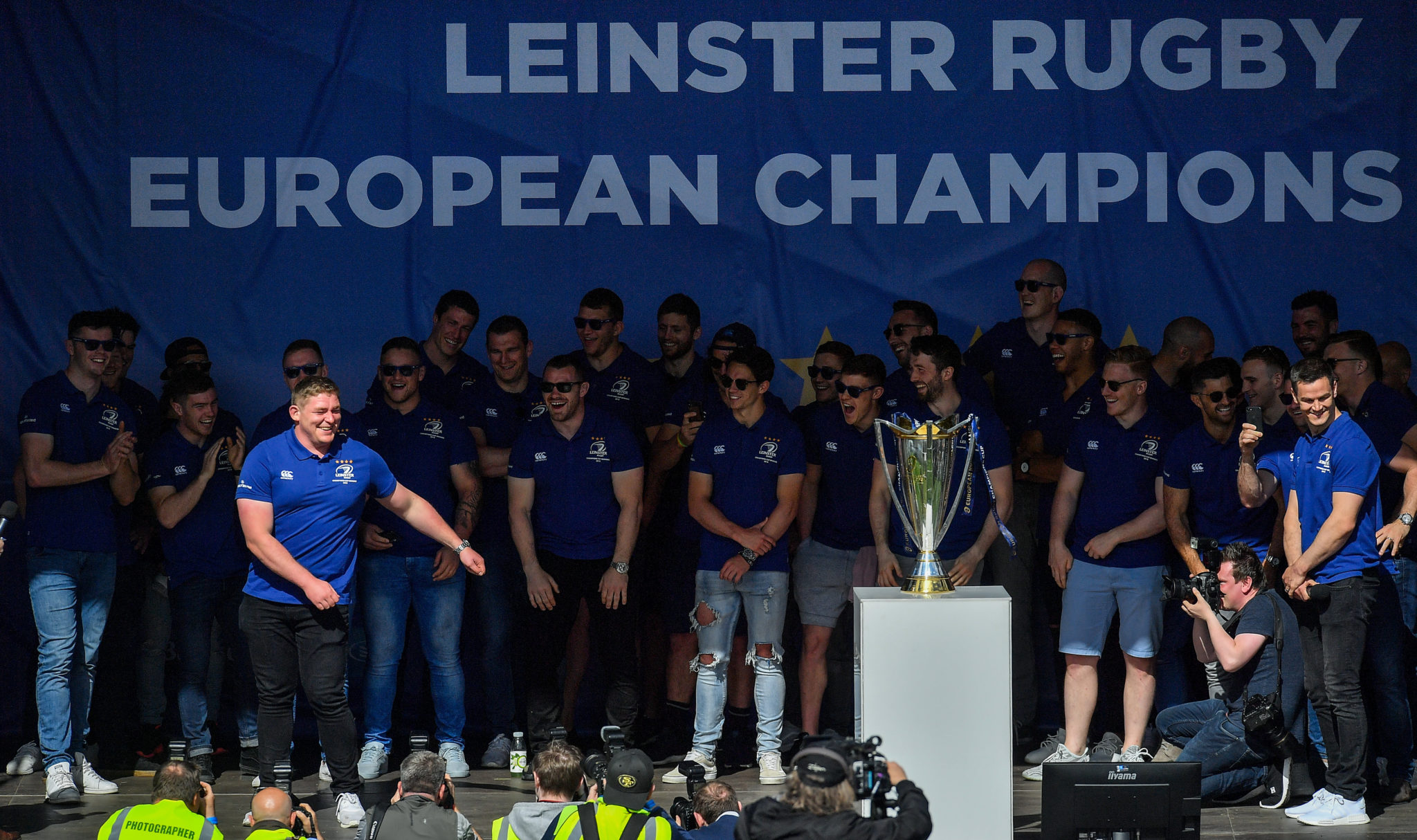 13 May 2018; Tadhg Furlong of Leinster dances on stage during their homecoming in Energia Park in Dublin following their victory at the European Champions Cup Final in Bilbao, Spain. Photo by Brendan Moran/Sportsfile

“Then we found out Josh Navidi or ‘Navici’ as we are calling him, he actually is a DJ. He actually does a bit of DJing in clubs, so we tried to learn a little bit off him.

"We have done a coffee morning, heavily helped by Navici and that’s about it. We are terrible. I wouldn’t be trying to sell any tickets or anything any time soon."

Meanwhile, Furlong and the rest of the squad may face a Springboks side without their captain.

Siya Kolisi is one of three players who joined up with the squad this week. The skipper, prop Ox Nché and winger Makazole Mapimpi have all finished their periods of self-isolation.

All three still need to undergo medical screening before being cleared to begin their respective return-to-play protocols.

Don't forget you can listen to LIVE & EXCLUSIVE full match commentary of the first Lions Test match against South Africa this Saturday on Off The Ball - follow the link for full details.