It has been confirmed that Ireland and Leinster prop Tadhg Furlong has extended his IRFU contract...

Stephen Doyle
dubsoulrebel
It has been confirmed that Ireland and Leinster prop Tadhg Furlong has extended his IRFU contract until the end of the 2021/22 season.
Furlong made his Ireland debut against Wales in a warm-up fixture ahead of the 2015 Rugby World Cup and went on to become a key member of the 2018 Grand Slam winning team under former head coach Joe Schmidt.
Advertisement
The 28-year-old tighthead has won 49 caps to date for Ireland and started all three Tests of the 2017 British and Irish Lions tour of New Zealand.
The Wexford native was last week named in the touring party along with seven fellow Irish internationals for this summer’s Lions series against South Africa. 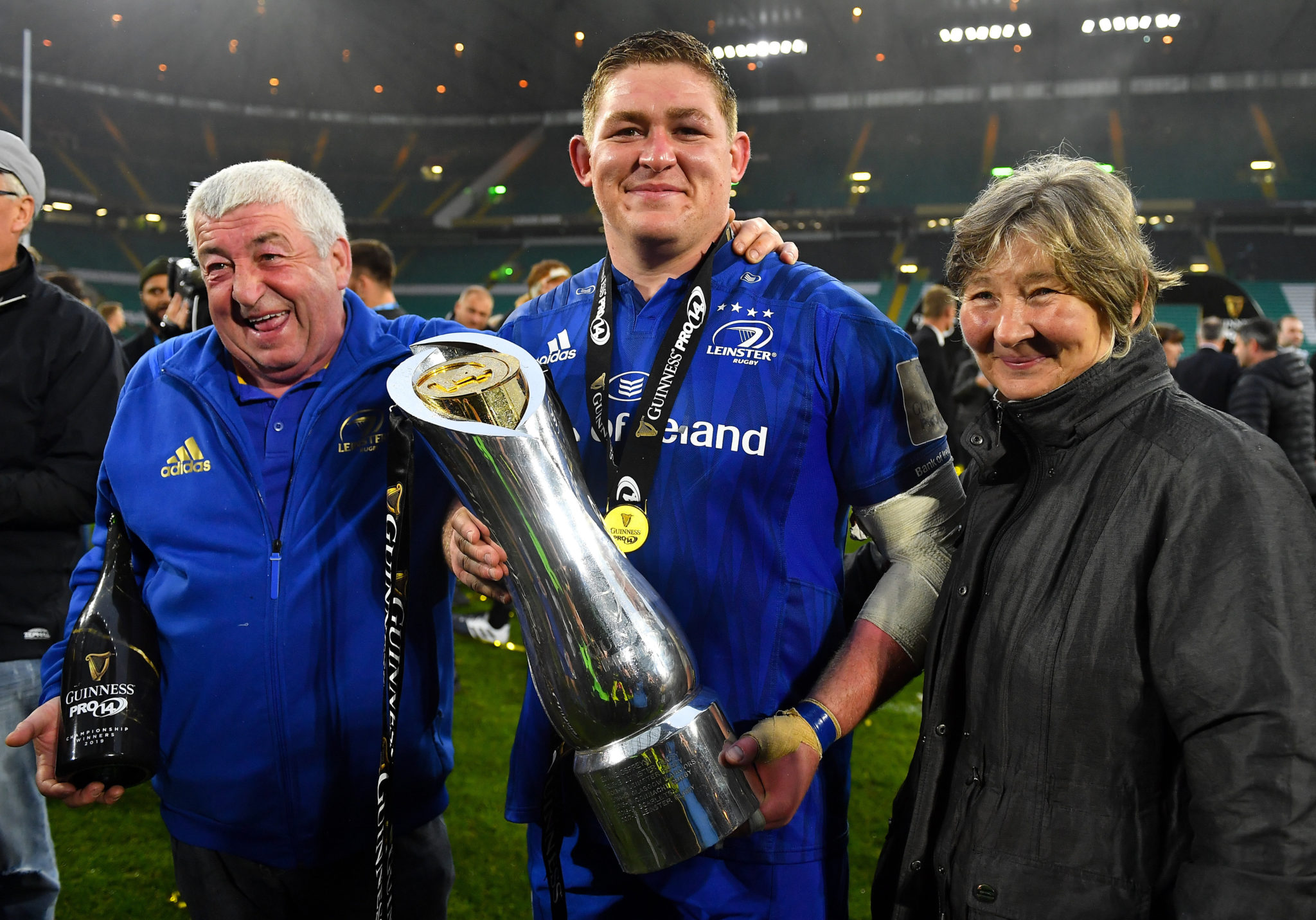 25 May 2019; Tadhg Furlong of Leinster celebrates with his parents James and Margaret after the Guinness PRO14 Final match between Leinster and Glasgow Warriors at Celtic Park in Glasgow, Scotland. Photo by Brendan Moran/Sportsfile
Furlong, whose new deal is wholly funded by the IRFU, has made 113 appearances for Leinster, winning a Heineken Cup in 2018 and four Guinness PRO14 titles.
He is hoping to help add more silverware to the trophy cabinet at Leinster HQ over the period of his new deal.
"Happy to sign on for one more year," said Furlong. "There has been some tough days of late but I believe the squads we have in both Leinster and Ireland are able to compete for trophies in the future.
"I look forward to hopefully playing at a packed out RDS or Aviva Stadium in the months ahead."
David Nucifora, IRFU Performance Director, commented, "Tadhg was a long time out of the game but showed upon his return in January what a positive influence he can be for both Ireland and Leinster.
"He has grown as a senior voice in the Ireland squad and his recent performances reminded everyone why he is rated as one of the best tighthead’s in world rugby."

Meanwhile, Connacht have announced that Quinn Roux will leave the Province after seven years when his contract expires at the end of this season.The 30-year-old South African native joined Connacht from Leinster in the summer of 2014 and has since made 106 appearances.