Munster and Connacht paid touching tributes to an Irish legend Anthony Foley on the fifth anniver...

Munster and Connacht paid touching tributes to an Irish legend Anthony Foley on the fifth anniversary of his passing, before their United Rugby Championship encounter.

In 2016, the heartbreaking news broke that the then-Munster coach and former Munster and Ireland eighthman affectionately known as 'Axel' had passed away while on tour with his side to Racing 92.

It was revealed that Foley had died in his sleep as a result of a pulmonary edema, at the age of 42.

'One of the great statements that Axel would have said is, 'We're better when we're bitter!'' | #Axel8

While many have friends and former teammates of Foley have paid tribute to Axel over the past week, Connacht added their tribute ahead of the match.

Jack Carty presented Peter O'Mahony with a commemorative jersey with 'Axel 8' written on it in honour of Foley at the two sides met for the coin toss.

Connacht's captain for the night Jack Carty presents Peter O'Mahony with a special "Axel 8" jersey, five years to the day since his passing. #MUNvCON pic.twitter.com/d3FAEoYfBe

It would not be the only tribute on the night, as Munster displayed the highlights of Foley's career on the big screen at Thomond Park while the teams were preparing for the game, marking that he may be gone, but never forgotten. 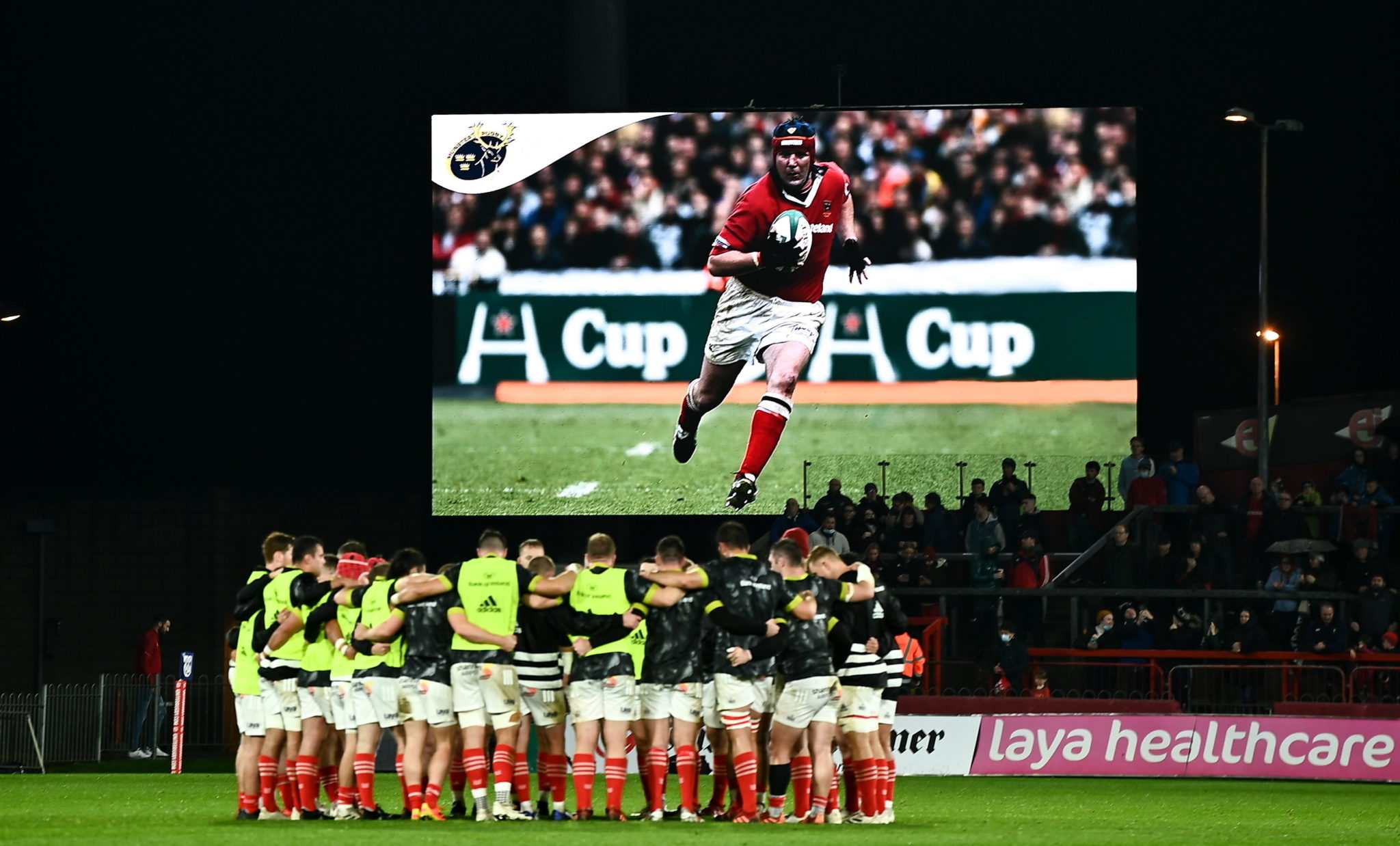 16 October 2021; Munster players huddle as a picture of the late Munster Rugby legend Anthony Foley is displayed on the big screen to mark the fifth anniversary of his passing, before the United Rugby Championship match between Munster and Connacht at Thomond Park in Limerick. Photo by David Fitzgerald/Sportsfile

As the hosts made their way halfway around the field before heading into the tunnel before the game, the Munster faithful rose to a standing ovation for one of their greats.

Munster players pay tribute to Anthony 'Axel' Foley ahead of the Connacht game.

Just before kickoff, the Munster supporters joined together for a special rendition of the 'Stand up and fight' in honour of their former coach and player, as Munster prepared for an emotional first interpro of the season.

Great reception from the Thomond Park supporters as they give a standing ovation marking Axel’s anniversary as the squad do their half-lap.#MUNvCON pic.twitter.com/rLYv0njATL