England secure top spot in Group A with win over Wales

England secure top spot in Group A with win over Wales

Wales hosted England in their third Autumn Nations Cup match in Parc Y Scarlets on Saturday, in Group A of the November internationals series.

England came into the match as firm favourites, after a comprehensive victory over Ireland a week earlier.

Eddie Jones named a strong side for side team's visit to Llanelli, with Owen Farrell captaining from the centre, while George Ford ran out in the 10 jersey.

Wales, on the other hand, were desperate for a good performance against their old rivals, as they were still reeling from their 32-9 loss to Ireland two weeks earlier.

In the final week of group play, England looked to secure their place atop their group, ahead of Ireland. With a win in Wales, England would face either Scotland or France as the winners of Group B.

Wayne Pivac's men were the first to get on the board, after a loose ball from charge down went to the boot of Louis Rees-Zammit, who chipped it on to chase down field.

Jonny Williams followed up in support to cross over the line for the try against the run of play. Dan Biggar added the extra points, taking Wales to an early seven-point lead. 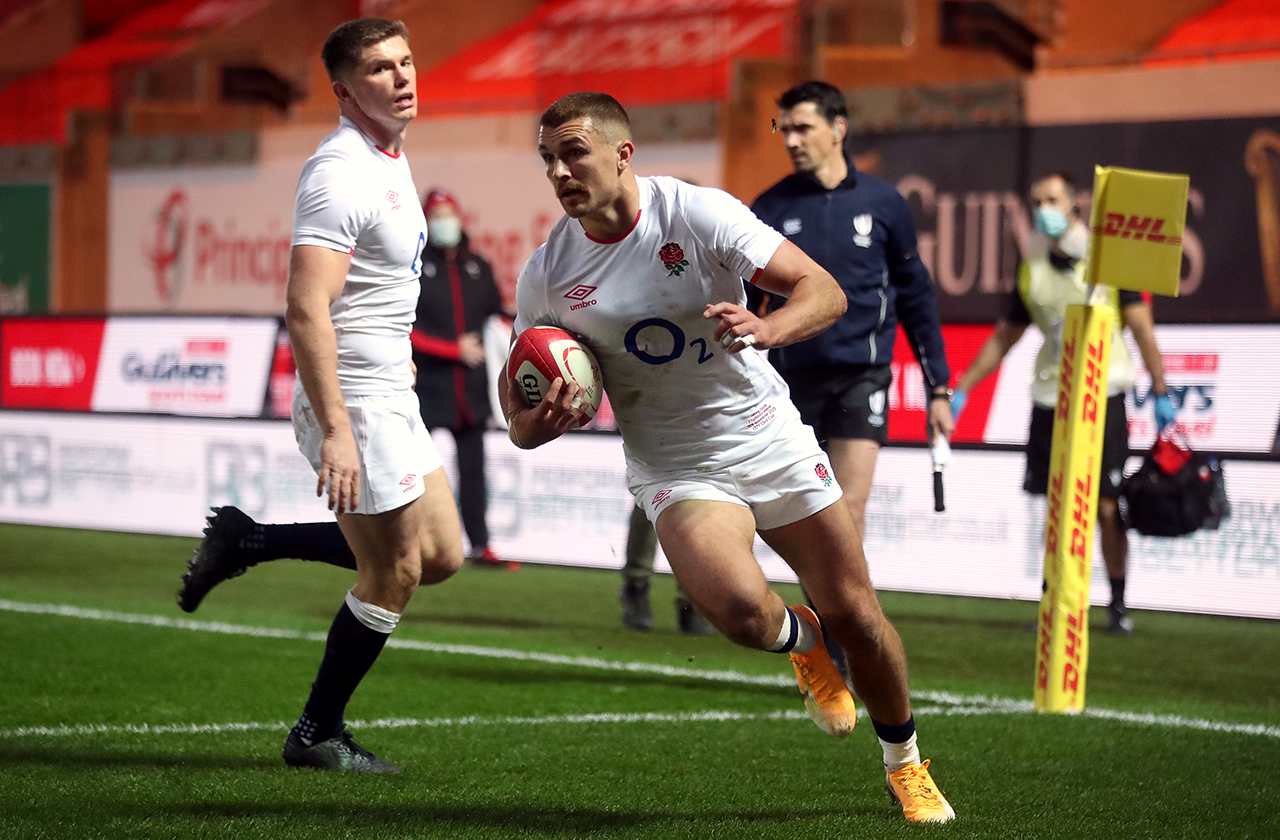 Jones' men fired back shortly after, as they built up a number of phases deep inside the Welsh half. Henry Slade capitalised on the overlap out wide to score in the corner after some slick passing by the England backs.

Owen Farrell missed his second kick of the game, though, and England remained two points behind.

With half an hour gone, Farrell found form with his boot through a penalty that put the visitors into a slim, one-point lead heading into the final ten minutes of the first half.

He added another penalty in the final minute of the half to take England ahead by four at half time.

The second half started much the same way that the first half finished; with England piling on the pressure on the Wlesh line.

Mako Vunipola took England out to an 11-point lead after he scored an easily converted try in the 50th minute, which seemed to put the visitors firmly in control.

Wales were kept in the match through the boot of Dan Biggar, who slotted two penalties to take the hosts within five an hour into the match.

The fight back was short lived, however, as Farrell managed to regain their 11-point lead with two well-struck penalties of his own, heading into the final ten minutes of the match.

Neither side were able to break each others defence for the remainder of the match, with Wales doing well to keep England out at the end.

England would ultimately get the ball in their own half as the final hooter sounded, allowing them to kick the ball out and secure their 13-24 win in Wales.

This win means that they top Group A, and will face the winner of Group B, either France or Scotland, next weekend.