England’s natural arrogance could see them upset Ireland in the opening game of the Six Nations according to former World Player of the Year Keith Wood.

"England have an inherent confidence, arrogance we would almost say when we’re trying to point fingers at them," Wood stated on Thursday’s OTB AM.

"Its an arrogance that I often think makes them have a couple of hiccups along the line, but when things aren’t going their way it pushes them up a further level than other teams.

"They still expect to win, irrespective of what’s happening." 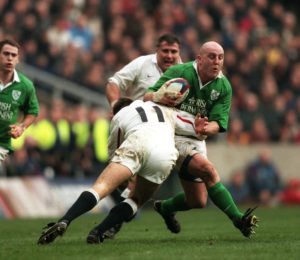 Without a number of players due to injury going in to the Six Nations, England's most notable absentee is their usual captain Dylan Hartley.

Injuries have been a major issue for Eddie Jones during his reign as manager, with many deeming his physical training methods as detrimental to the side.

Owen Farrell has been given the captaincy in the wake of Hartley’s absence, while uncapped Wasps scrum-half Dan Robson could finally get the chance to line out for his country.

Wood believes Ireland should be wary of England in their clash at the Aviva Stadium, after putting in a few impressive performances in the November Series.

"They are hurt by what happened last year and they’re gunning for us," Wood believes.

England have been without some of their strongest ball carriers in recent years, but it looks like that won’t be the case this time with the return of Manu Tuilagi and Billy Vunipola.

"Manu Tuilagi is of colossal importance to England," Wood stressed.

"There’s an expectation that other players play incredibly well around him.

Ireland also have a few injury concerns going into the game with Johnny Sexton and Peter O’Mahony picking up injuries in recent weeks but both are currently expected to be fit to face England.

Eddie Jones reprimanded by the RFU over referee criticism