Leinster flank Caelan Doris has been named the Next Gen Star of the Season as the Guinness PRO 14 announced the 2019/20 Dream Team.

Doris played 10 times for his province during the season, scoring one try and winning two Player of the Match awards.

After making his debut for Leinster in 2018, Doris has become one of Leo Cullen's top choices on the side of the scrum, and will likely feature in the PRO 14 final against Ulster this weekend.

Speaking about the award on Leinster's website, Doris expressed his joy over the accomplishment.

“I’m delighted. It’s nice recognition of all the hard work that’s gone into this point and all the support I’ve had, all the coaches, friends, family, and players that have been a part of the journey so far," he said.

“I think we’ve got a great pathway in Leinster. There’s plenty of small steps from schools rugby to the professional set up.

"From the outside, it can sometimes seem like one big jump that happened very quickly when in reality there are lots of small steps that prepare you and make it less of a big leap.

"The pathway we have is great, you can see all the talent coming through and it’s definitely working.”

Doris missed out on selection for the PRO 14 Dream Team, although two of his teammates have taken the flanker slots. 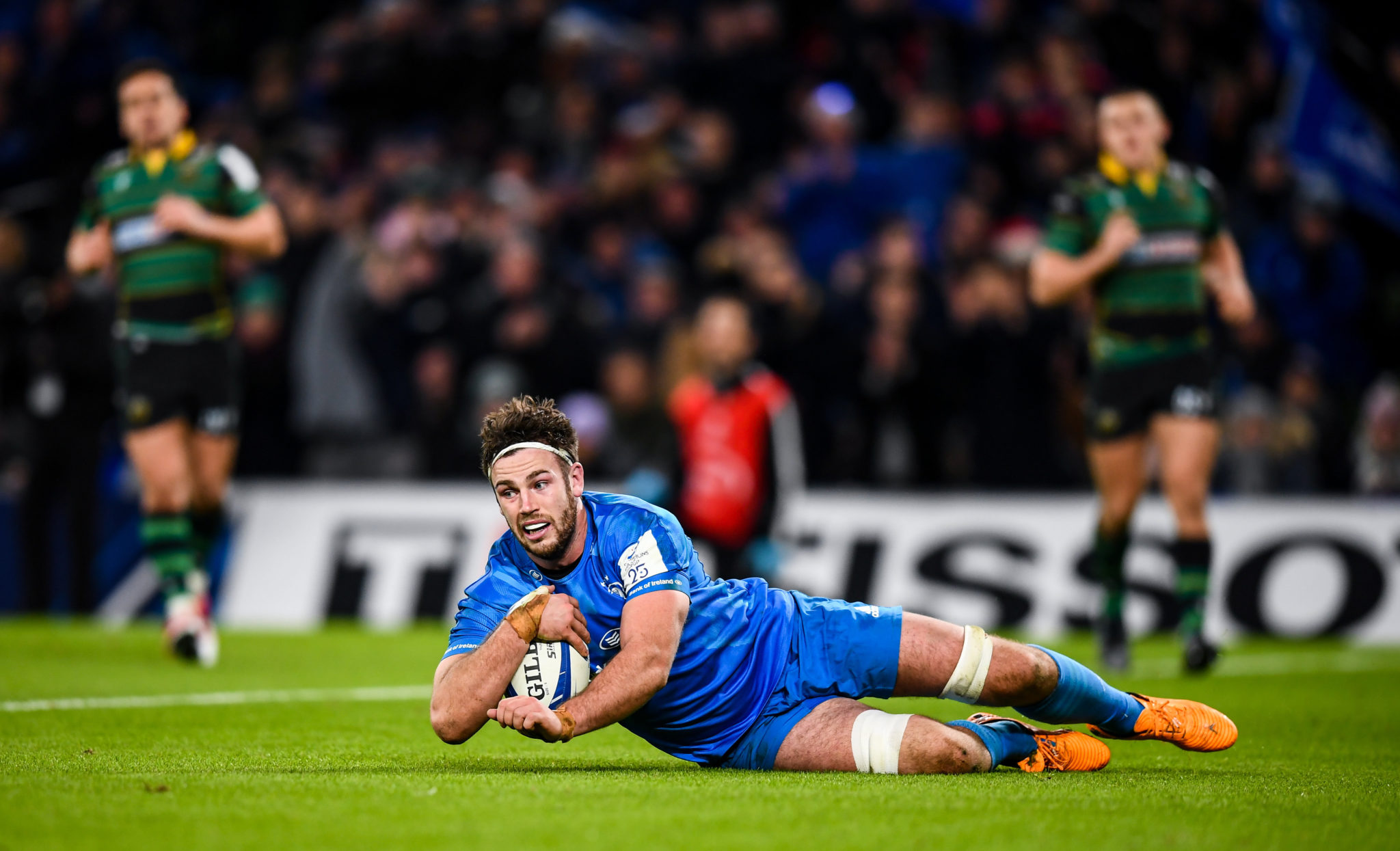 14 December 2019; Caelan Doris of Leinster scores his side's seventh try during the Heineken Champions Cup Pool 1 Round 4 match between Leinster and Northampton Saints at the Aviva Stadium in Dublin. Photo by Stephen McCarthy/Sportsfile

Media from across all five countries including former players and coaches voted for the Guinness PRO14 Dream Team 2019/20.

Players needed to appear a minimum of 8 appearances during the season in order to be eligible for selection.

In total, seven teams are represented in the Dream Team selection with Edinburgh leading the way with six selections.

Defending champions Leinster have only three, while their opponents Ulster have two players in the team

Dragons, Toyota Cheetahs, Benetton Rugby and Cardiff Blues all have one spot each.

'We were dropping like flies' | Andy Farrell on Ireland's injury toll