WATCH: Delahunt and Healy sent off for bizarre half time incident

In a tetchy interpro derby, Connacht and Munster were each down a man before the second half kicked off at the Sportsground.

WATCH: Delahunt and Healy sent off for bizarre half time incident

In a tetchy interpro derby, Connacht and Munster were each down a man before the second half kicked off at the Sportsground.

Shane Delahunt and Ben Healy were each shown yellow after the referee and his assistants were alerted to an off the ball altercation between the pair just as the two teams were going into the dressing rooms for half time.

Both teams had already been warned that the next two players involved in any incident after the whistle would be sent off.

Connacht were already down a man as Oisin Dowling was yellow carded moments before half time for repeated infringements in the 22m area. 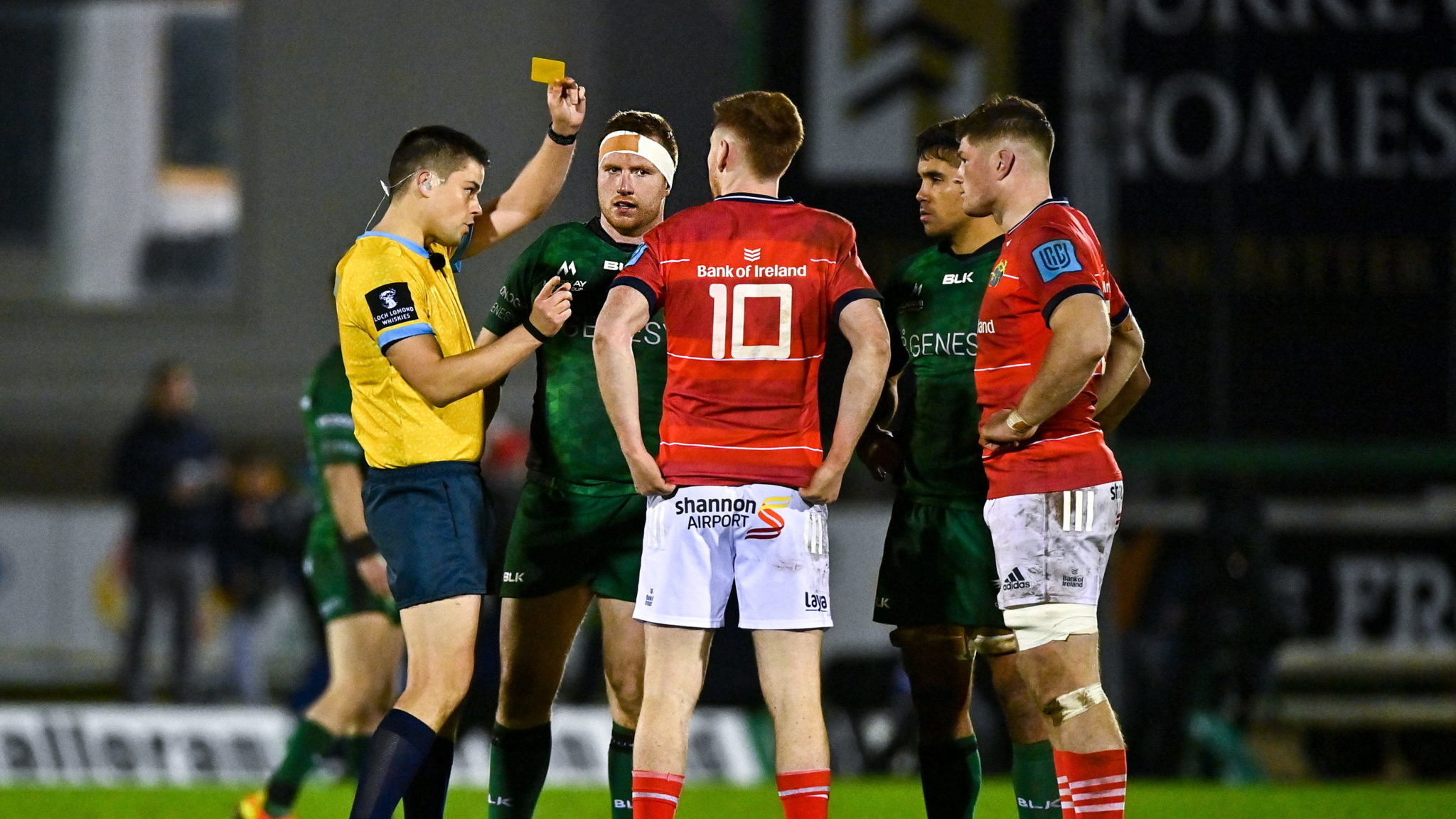 1 January 2022; Shane Delahunt of Connacht and Ben Healy of Munster are both shown yellow cards for a tussle which took place as the teams were leaving the field during the United Rugby Championship match between Connacht and Munster at The Sportsground in Galway. Photo by Eóin Noonan/Sportsfile

While the last time the two teams met was marred by controversy, Connacht came into the match buoyed by how close they came to toppling Munster in Thomond Park.

Connacht looked to speed up play from the beginning of the match, putting pressure on the Munster defence. It was the boot of Jack Carty that got the hosts on the board.

The lead was immediately crossed off by Munster, however, as Ben Healy slotted a penalty shortly after the restart.

With all the play going the way of Connacht, it was a lapse in judgment from Mack Hansen that resulted in a charge down and try for Andrew Conway to put Munster in the lead.

With the momentum swinging in favour of the visitors, Connacht conceded a number of penalties inside their 22m area, resulting in the sin-binning of Dowling.

However, in spite of Munster being a man up and with all of the momentum, Connacht's defence stood strong and they went into half time just five points behind.

Connacht were rewarded for their ambition at the end of the match, albeit scoring their only try from the back of a maul through Bundee Aki.

It was Conor Fitzgerald's conversion of Aki's try that would separate the two sides after a very tetchy derby encounter, as Connacht won 10-8.