A major partnership between CVC Capital Partners and the Guinness Pro14 has been confirmed, with ...

A major partnership between CVC Capital Partners and the Guinness Pro14 has been confirmed, with the Luxembourg group acquiring a 28 per cent share from Celtic Rugby DAC.

CVC already hold a 27 per cent stake in English Premiership rugby, having acquired it two years ago for £200m. This particular deal is reportedly worth £114m, with little change to the figures quoted before the Covid-19 pandemic.

A statement from the Guinness Pro14 today confirmed the finer details of the agreement, as CVC look to cement a stranglehold on the game.

Advertisement
"The Board of the Guinness PRO14 has completed a significant strategic partnership investment from CVC Capital Partners Fund VII ("CVC Fund VII") that will allow the league to work towards its full potential - for the benefit of fans, players, clubs and unions in these key rugby nations over the years ahead.

"Under this agreement, CVC Fund VII will acquire a 28 per cent share of PRO14 Rugby from Celtic Rugby DAC, the Unions will retain the 72 per cent majority share.
"The partnership commitment will allow both PRO14 Rugby and the Irish, Italian, Scottish & Welsh rugby unions to continue to invest in the sport, both professional and amateur, to achieve its potential over the long term.
"A portion of the investment will also be held centrally at PRO14 Rugby, for the Board to invest in further capabilities for the business and in upgrading league operations in line with its growth ambitions.
"As part of this agreement, the Federazione Italiana Rugby (FIR), will also become a member of Celtic Rugby DAC, and receive a share of the investment.
"Martin Anayi, CEO, will continue to lead the management team at PRO14 Rugby, working closely with CVC and the unions on execution of the commercial plan. The unions will also remain independently responsible for the sporting and regulatory elements of the league, via the Sporting & Regulatory Committee.
"In the past four years, the Guinness PRO14 has performed well both on and off the field; doubling distributions to clubs and facilitating record investment back into the sport from the league. This has been recognised by CVC, who share PRO14 Rugby’s vision for the long-term potential of the league.
"CVC was selected by PRO14 Rugby and the unions as their partner due to the extensive experience of prior CVC funds investing in multiple sports businesses, such as Formula 1, Moto GP and Premiership Rugby."
Dominic McKay is the Chairman of Celtic Rugby DAC and Chief Operating Officer of Scottish Rugby, and he said it is a positive sign that CVC have committed to this deal, particularly in a time of global economic uncertainty. 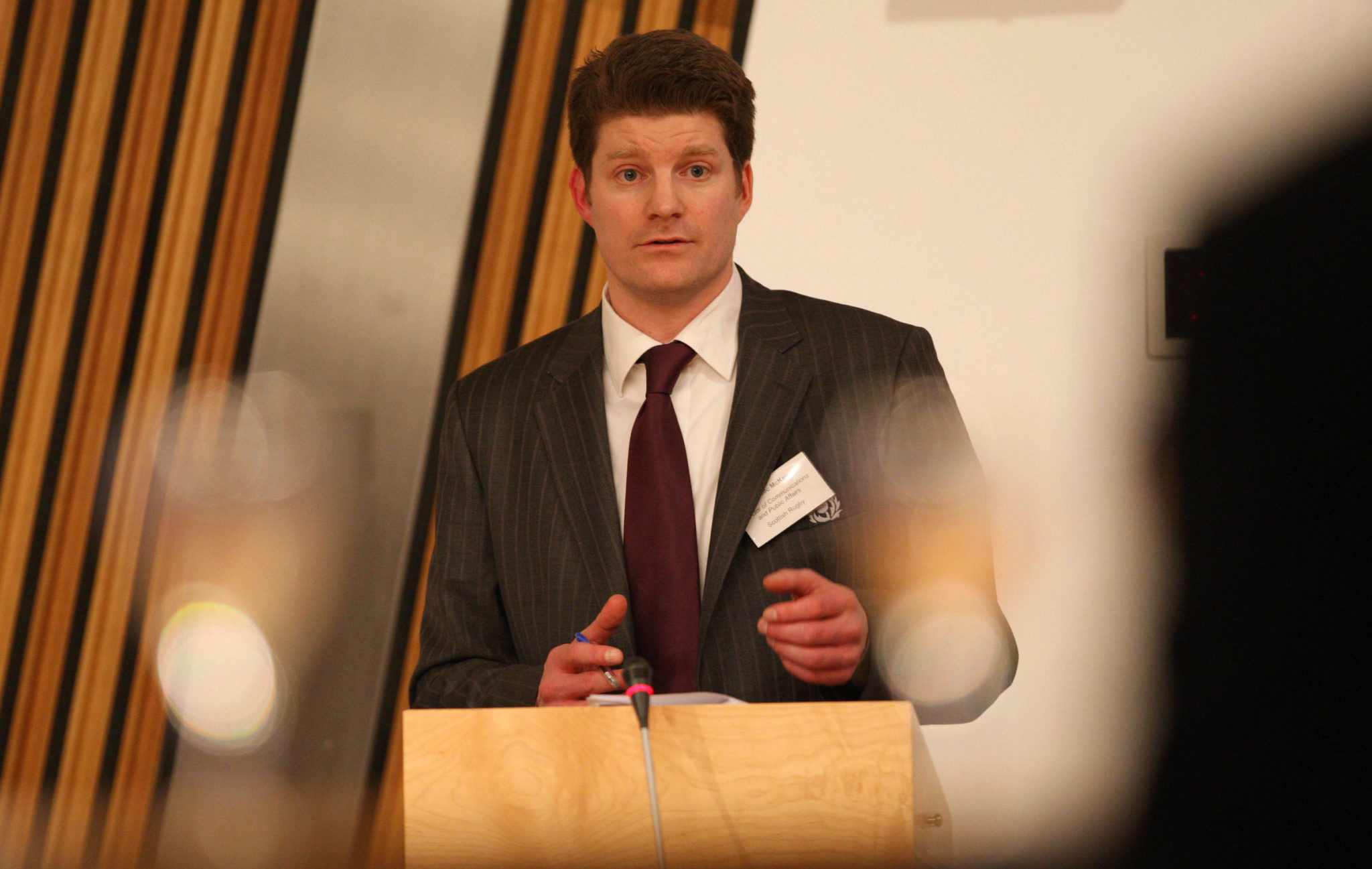 Head of communications for Scottish Rugby Dominic McKay speaks during the Scottish Rugby Parliamentary Briefing, Holyrood
"I am delighted that we have managed to welcome CVC into the Guinness PRO14 as our partner. As a Board, we have been ambitious in our outlook and have significantly developed the league in recent years. One of our key goals was to secure a strategic partner to help accelerate our plans and CVC bring a wealth of experience and great expertise in this regard.
"Sport, like all of society is dealing with major challenges currently that we could not have imagined just a few months ago, and it is testament to the strength of our partnership with CVC that they have committed to the game of rugby in a such a significant way.
"Their enthusiasm and commitment is a welcome vote of confidence in the future of the sport and the Guinness PRO14 as an international competition. Completing this partnership with CVC is testament to the hard work invested by many people who have focused to deliver a bright vision for PRO14 and enable it to realise its commercial value in the global sports market.
"We are also delighted that the FIR has now joined Celtic Rugby DAC as a shareholder after 10 years of participation in the league. Alongside my PRO14 Board colleagues at the Irish, Italian, Welsh and South African rugby unions I would like to warmly welcome CVC to the Guinness PRO14."
His views were echoed by Martin Anayi, the CEO of PRO14 Rugby, who said that the partnership is ultimately for the benefit of the game.
"CVC’s show of faith has been impressive and is in keeping with their proven track record of success when it comes to sports investment, including Formula 1, Moto GP and Premiership Rugby. This partnership allows all of our stakeholders to plan for a sustainable period of growth, which will benefit the fans, the players and the game.
"We are very pleased to partner with CVC, who saw us as an ambitious, fast paced and innovative organisation, situated across a number of core rugby nations that can deliver an increasing impact.
"We have been clear that we believe the Guinness PRO14 is a world-class club league, that is still in its growth phase and we are confident that it will become a major standard bearer in our sport. We are excited that CVC clearly shares that ambition and we look forward to working with them to deliver on the league’s promise in the years ahead."