Craig Casey was singled out for high praise from Johnny Sexton after his successful international debut in Rome.

Casey came through his debut with distinction, a 48-10 victory for Ireland, and Sexton revealed his positive attitude and work ethic was reminiscent of what he has heard of England great Jonny Wilkinson in the past.

"Craig Casey, I did not know him that well obviously because I had never played with him but his attitude, I do not think I have come across anyone [like that]," Sexton said.

"It kind of reminds me of what I have read about Jonny Wilkinson. That is the only person I can relate it to.

"It is inspiring for the rest of the group and someone like me at this stage of my career.

Having come off the bench for Andy Farrell's men, Casey made the most of his first senior international outing. The Munster scrum-half was ecstatic at the final whistle in Italy and hopes to kick on and continue to develop.

"[It was] Everything I have dreamt of," Casey said.

"It makes it a lot better to get the win." 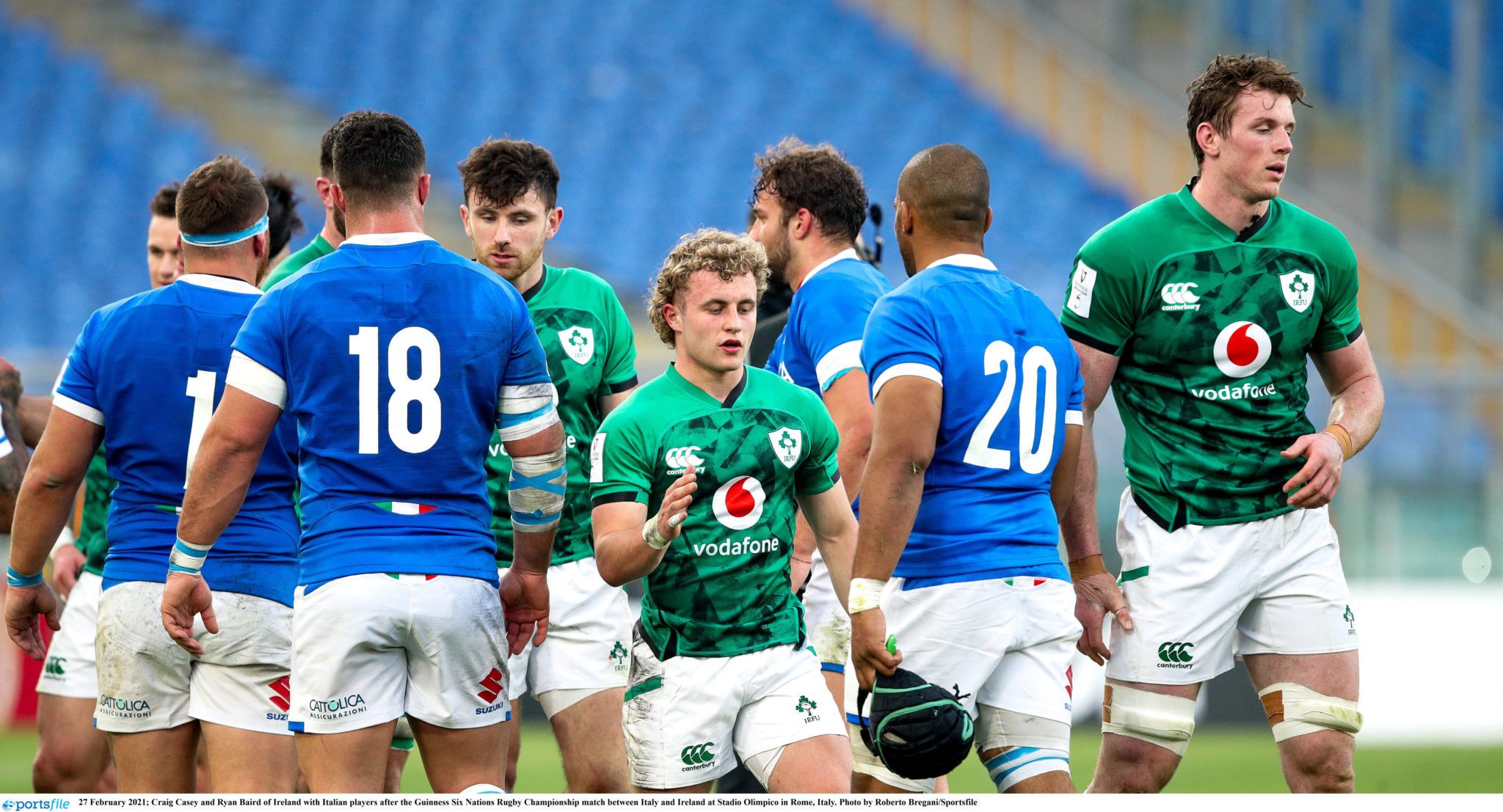 At 21 Casey has a very bright future ahead of himself, however, he is determined to do his best to secure his place in Andy Farrell's starting 15 sooner rather than later.

"Of course I want to play games for Ireland, that is the goal. I don't want to sit back and be happy with being the third choice.

"I want to push on now, but when you have got players of Murs [Conor Murray] and Jamo's [Jamison Gibson Park] calibre it is tough to break in, but I am not going to sit back and be happy. I want to push on."

Ireland will now turn their attention to a difficult trip to Murrayfield to face Scotland in two weeks time.