The Tullamore flyer was also named the Gilbert top try scorer with 30 tries over the truncated season.

World Rugby confirmed the winners of the HSBC World Rugby Sevens Series 2020 Awards through a media statement on Monday.

The World Rugby Sevens Series Awards panel, comprising former international sevens players and series commentators, cast their votes and the fans had their say to determine this year’s nominees and winners across the six men’s and women’s award categories.

New Zealand were awarded the men's and women's world series titles, as they were on top of their respective tables at the time that the series was suspended in March. 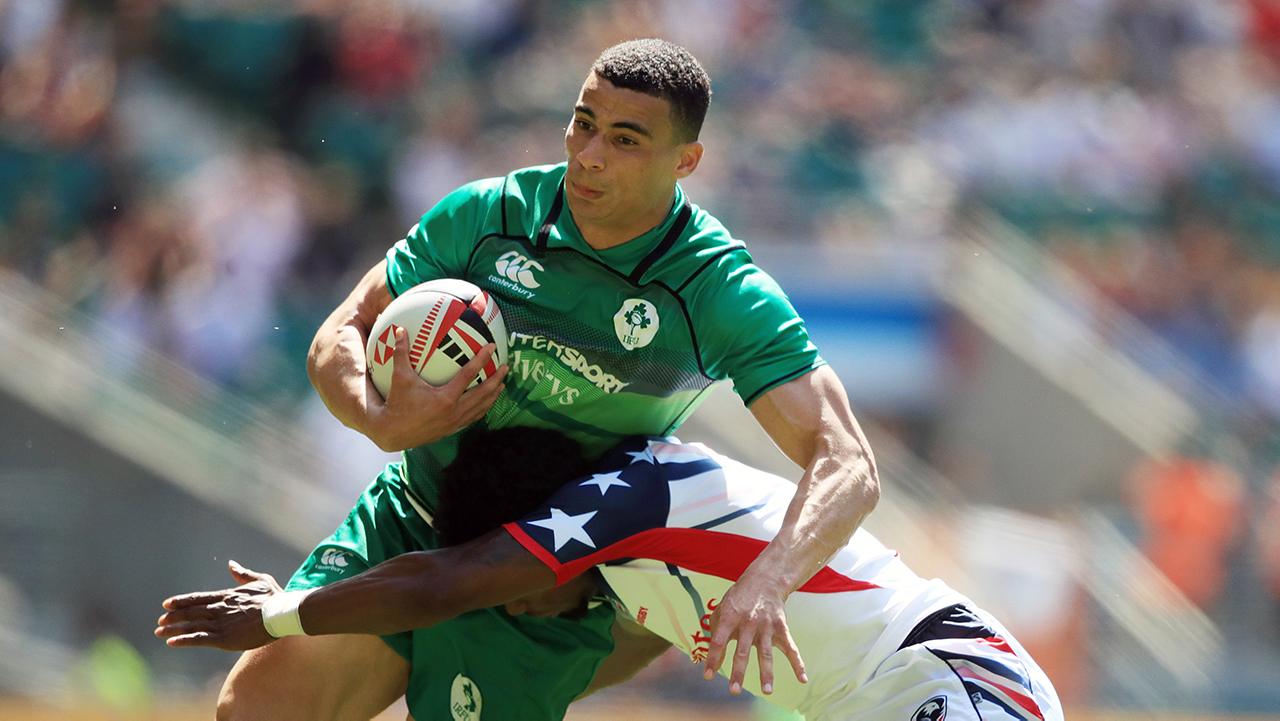 World Rugby Chairman Sir Bill Beaumont said in the statement, “On behalf of World Rugby I would like to congratulate all 24 women’s and men’s HSBC World Rugby Sevens Series 2020 award winners.

"Although the series this year was forced to conclude early there was no shortage of speed, skill and spectacular tries on display from players and teams.

"[This was] combined with unpredictable and awe-inspiring moments that embody the values of the game and remind us that rugby sevens is a truly unique and thrilling sport that will once again showcase itself to the worldwide audience at the Olympic Games in Tokyo next year.”

In the statement, Conroy expressed his feelings after winning the top try scorer award and being named in the Dream Team.

“I'm really proud of the achievement as it was our first year on the World Series as a core team," Conroy said.

"For us a group to receive three awards, and in particular be recognised as a team, is testament to the work everyone has put in behind the scenes, from the players to all of the staff.

“To be named as the top try scorer and on the World Series Dream Team is an honour but again it is down to the hard work of everyone in the Ireland Sevens programme to enable us as players to go out and perform to the best of our ability." 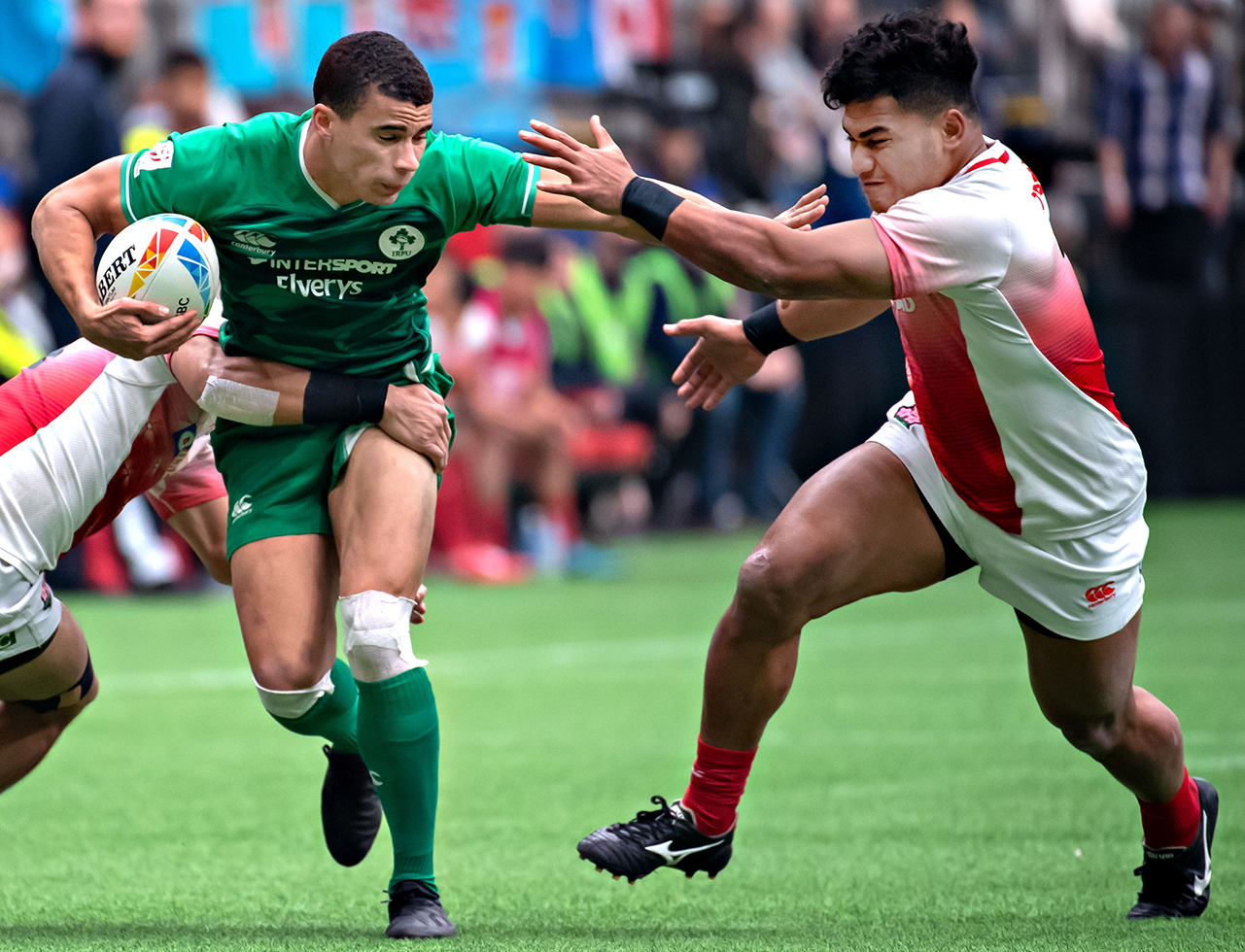 Jordan Conroy (L) of Ireland and Timo Fiti Sufia of Japan compete during their 13th place semifinal match of the HSBC World Rugby Seven Series at BC Place in Vancouver, Canada, March 8, 2020. (Photo by Andrew Soong/Xinhua)

Conroy added that the Irish squad's goal is to qualify for the Olympics and continue to show that they are a force to be reckoned with on the World Series.

“These awards only give us more hunger as players and as a group to better ourselves and improve on our performances from this season," he said.

"A big goal for us as a team is to achieve Olympic qualification and that vision remains undiminished.

"We are working hard to put ourselves in the best position to have a good season in 2021.” 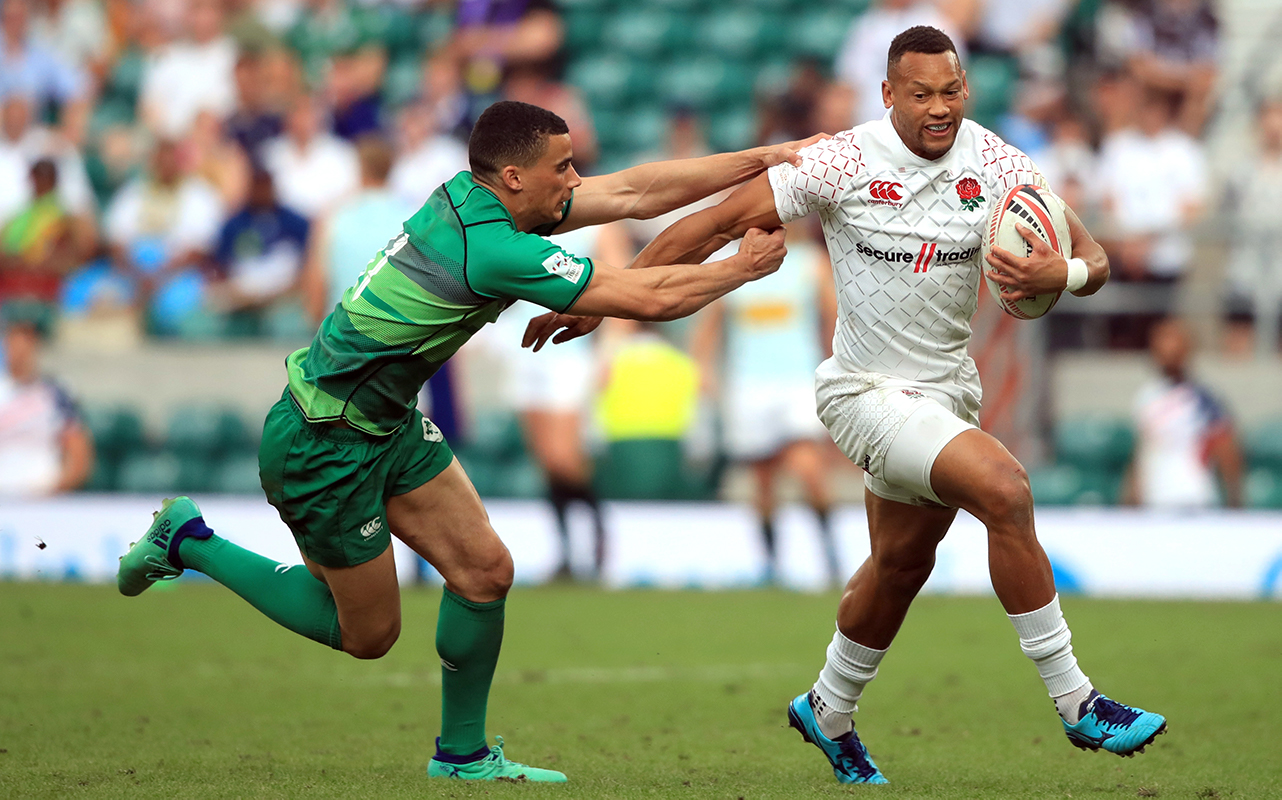 Cigna Pressure Play Award: The Awards panel selected a shortlist of three men’s and three women’s players with sevens fans having the final say in voting for their favourite pressure play moment of the men’s and women’s series.

Capgemini Momentum Tracker: A stats-based award using Capgemini’s unique tool, the Momentum Tracker, which analyses teams’ performances at individual tournaments and across the series to assess their capacity to improve throughout the season. The award goes to the team which recorded the highest momentum score on the tracker as a result of quantified performance and evolution scores.

Gilbert Top Try Scorer: An award for the top try scorer on the men’s and women’s series.

Why Gary Ringrose is even better than you think - Brian O'Driscoll