Friend: 'I love the uniqueness of it' | The Sportsground's effect on Connacht

Connacht head coach Andy Friend spoke about the uniqueness of the Sportsground, and why teams don’t like travelling to Galway on OTB AM on Friday.

The western province have only lost three matches at the Sportsground this season, coming within five points in two of the three losses.

Friend thinks that their strong home record is partly down to the environment created at the Sportsground.

“That’s why we have a lot of success at the Sportsground, because people don’t like turning up there, it’s not what they’re used to,” Friend said.

“We don’t have the plush changing facilities. You’ve got to walk across the dog track to get out to the ground.

"Now we don’t have the 'doggy do' on the field anymore which is good, that’s been sorted out.

“But it is different, people don’t like it, and you’ve got wind and rain, and you’ve got the Connacht clan sitting there singing the Fields of Athenry making life difficult for people.

“That’s what I love about this place, I love the uniqueness of it.” 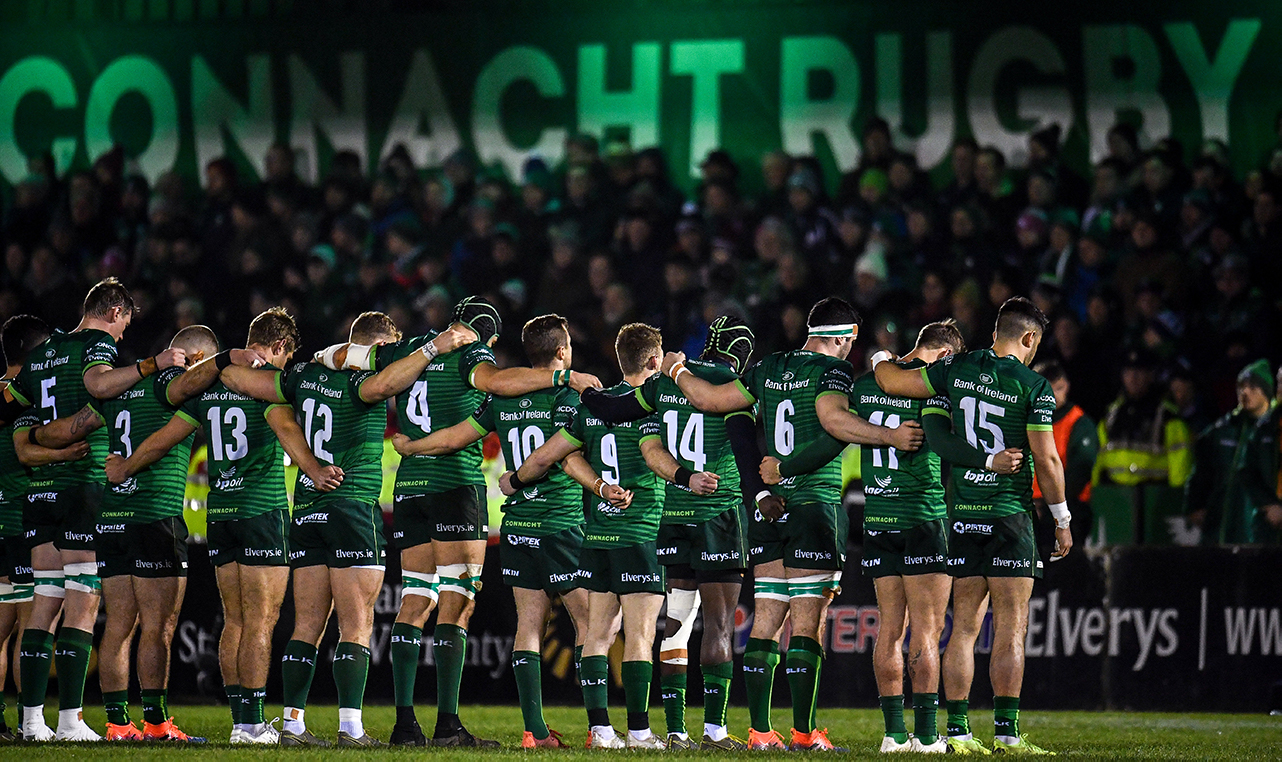 The Connacht team during a minute's silence for former Munster Rugby CEO Garrett Fitzgerald ahead of the Guinness PRO14 Round 11 match between Connacht and Cardiff Blues at the Sportsground in Galway. Photo by Sam Barnes/Sportsfile

“I know a lot of people they look at our facilities compared to other people’s facilities and say, ‘how do you guys function?’,” Friend said.

“Don’t worry about the facilities, it’s not what you do, it’s how you do it.

“How we do it, I think, Connacht have got a brilliant way of finding a way to get the job done.

“Whether that’s just the west of Ireland I don’t know, but it is certainly evident in everyone that I see that’s either worked here or lives here.”

Friend said that the stadium has its own character that he does not want to lose, but admits that in order to improve their performances, the facilities do need an upgrade.

“I don’t ever want to lose that [uniqueness], but at the same time I know when we do build a new stadium the facilities will be better,” he said.

“That will just add to the way we prepare and therefore what we deliver on the field.

“I do think our training facilities linked into the stadium to give our supporters a better place to come and watch rugby, and for us as a group to train.” 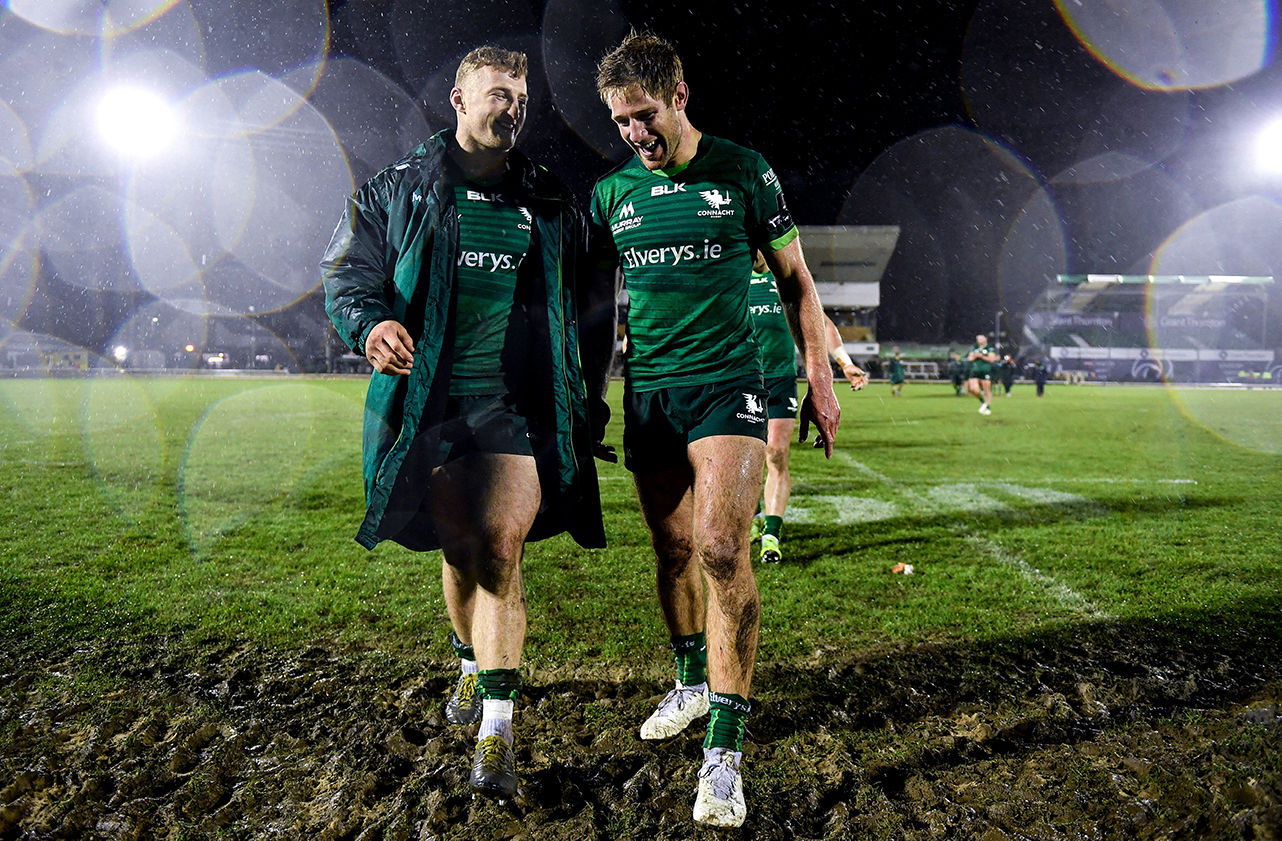 Peter Robb, left, and Kyle Godwin of Connacht following the Guinness PRO14 Round 11 match between Connacht and Cardiff Blues at the Sportsground in Galway. Photo by Sam Barnes/Sportsfile

The weather in the west of the country has always been a challenge for visiting teams and supporters to deal with.

When they do build the new facilities, Friend thinks they will have to keep the endless rain and wind in mind.

“The wind and the rain doesn’t stop here in Galway, so you need to have an area where you know you can go indoors and you can still get your work done,” Friend said.

“But the rain doesn’t bother me, otherwise I wouldn’t still be here.”

Under Friend, Connacht have shown signs of improvement and have pushed some of the top teams in Europe to the very edge, overcoming some of them.

Friend thinks that improving the facilities in Galway might be just what his team needs to ultimately push them into consistent title contenders.

“I don’t think the facilities we have are bad, I just think we could make them better, which would help us in being better.”