Connacht physically dominated Ulster, exposing their lack of readiness for the match, according to Bernard Jackman and Stephen Ferris.

Connacht physically dominated Ulster, exposing their lack of readiness for the match, according to former Ireland players Bernard Jackman and Stephen Ferris.

Connacht ended Ulster's five-match unbeaten run in the United Rugby Championship with a comprehensive 36-11 victory in the Aviva Stadium.

After what was a controversial loss to Munster a week earlier, Andy Friend's men came out to make a statement in their second interpro of the year.

Ulster on the other hand, who looked to coast in all of their five wins this season, were unable to deal with the physicality of their 'hosts' throughout.

Reaction to an eye-catching game at the Aviva 👀@bernardjackman: "Connacht's physicality basically exposed Ulster's lack of readiness for the fight." 🟢@StephenFerris6: "This has been coming for the last few weeks. Ulster haven't played particularly well." ⚪#URC #CONULS pic.twitter.com/s6PHm0IFP0

Speaking on Premier Sports after the match, former Connacht hooker Jackman suggested that Connacht have gotten better since beating all other Irish provinces away for the first time last season.

"Last week they frustrated Munster with their physicality, but they didn't really get to do much on attack," Jackman said. "Tonight, they scored five tries; it was a nice balance.

"Three of those came from really strong defence, and then you had the phase attack try for [Niall] Murray, and the set piece attack for [John] Porch.

"Connacht are an attacking team and tonight they started to put that together. Defensively they are a different level than they were last year.

"I know last year they beat Ulster, Munster and Leinster away, but you can just see more bite in their defence now." 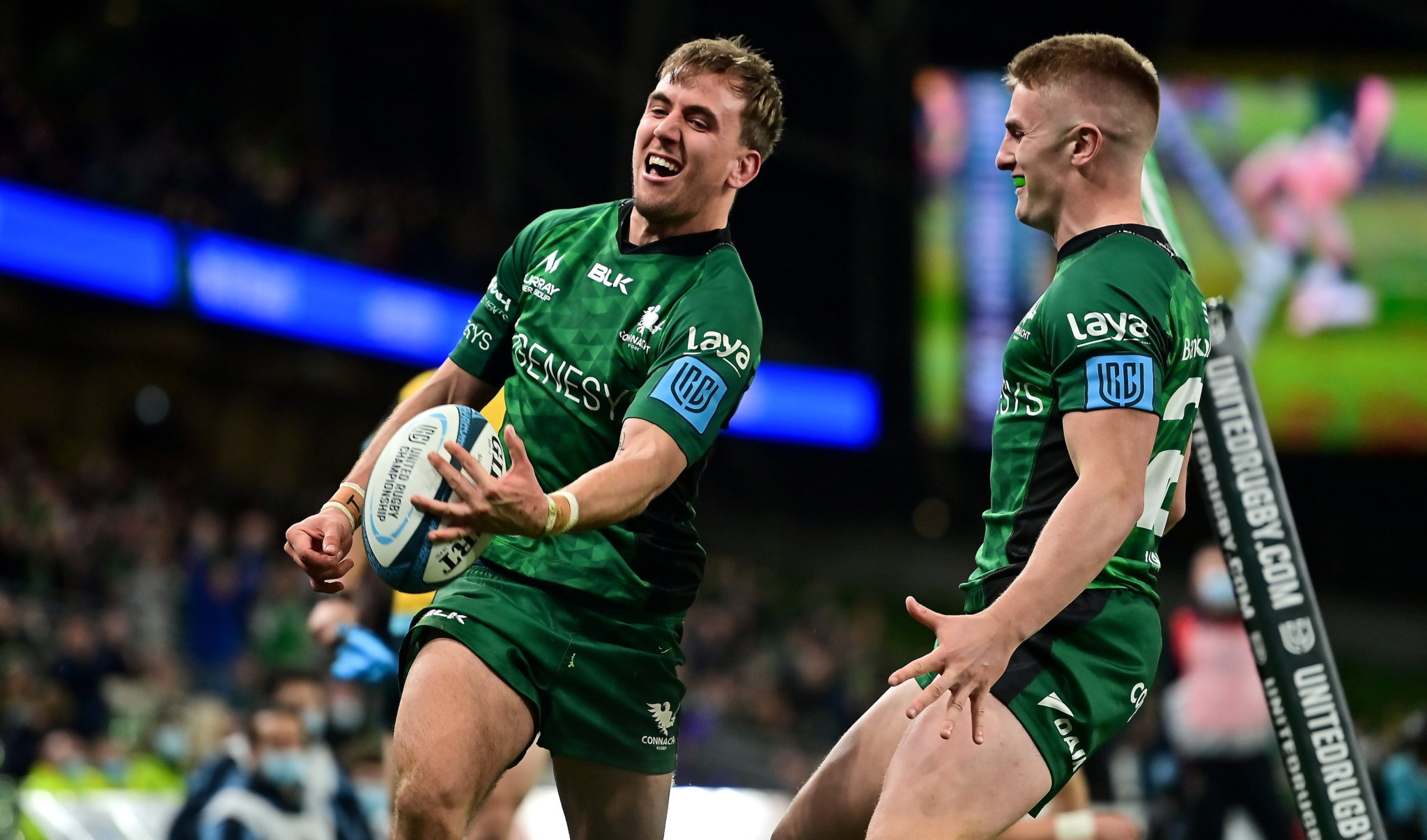 Former Ulster flanker Ferris, who joined Jackman on Premier Sports echoed the comments, suggesting that Ulster did not look ready for the match.

"Ulster never really got started," Ferris said. "Connacht just brought huge physicality from the off and Ulster had no answer for it.

"When they went down, they went into their shells even more. The good teams, when they go down on the scoreboard, they usually have a reaction from their players and they didn't get that.

"Even from the bench, when it was unloaded by Dan McFarland, they went into their shells even more. This has been coming for the last few weeks.

"Ulster haven't played particularly well. Instead of getting away with it, they found themselves 21-points down; that is the difference when you come up against a half decent side."

"Connacht didn't blow the house down either," Ferris added. "They played ok, and there will be lots of improvement for them over the next few weeks as well."

The boss is in the house at the Aviva | 🏟

What do you think he is thinking as Connacht are dominating Ulster?

For Jackman, Ulster would not be looking forward to the long URC break now, as they would have hoped to be able to work on their errors from tonight's match.

"Ulster didn't fire, but Connacht's physicality basically exposed Ulster's lack of readiness for the fight," Jackman added. "Ulster have been coasting along. Three out of four of their games have been home games, their away game was against Zebre.

"Tonight they just got exposed in every area. The worst thing for Ulster is that they now have a 10-day break where the lads can get a holiday. You would want to be in on Monday trying to fix it."

'I didn't want to start a new career with graduates, aged 51' | Bernard Jackman on changing tack

'His disdain for our skill level and fitness was pretty obvious'