Springbok loose forward Marcell Coetzee and Ulster Rugby have agreed to let the South African return home at the end of the current season.

Ulster announced on Saturday that Coetzee will return to South Africa after he had expressed his desire to return home permanently after the first COVID-19 lockdown earlier in the year.

This comes off the back of rumours on Christmas Day that linked the star loose forward with a place in Pretoria, with the Bulls.

The official Vodacom Blue Bulls twitter account released an image suggesting the signing of a Springbok on Friday, which fans immediately identified as the Potchefstroom-born loose forward.

#BullsFamily24 we have the biggest festive gift for you ...EVER! So big .. So cool... We still trying to package it 😂 Check out our social platforms on Monday at 10h00 💪 Our BIGGEST signing for the year... literally 😏 pic.twitter.com/ZySFjWoVGt

Ulster CEO, Jonny Petrie, took to twitter to voice his frustration over the announcement, suggesting that it was led by the Bulls and Coetzee, and that the northern province did not want to lose the 29-year-old.

Deeply frustrated by this whole situation - come about very much against our wishes & we’ve had no option but to end up where we are. Nothing to do with IRFU or finances - entirely player (& Bulls) driven. Very disappointing, but we move on - doesn’t alter our course one bit. https://t.co/8WTB7iQpFd

Petrie's tweet confirms the rumours surrounding Coetzee's move to the Bulls, meaning that Irish fans of the loose forward will still be able to see him in action in the upcoming Rainbow Cup competition.

Despite the frustration of situation, Ulster released a statement on Saturday stating that both parties were happy with the terms agreed.

Head coach Dan McFarland said in the statement that he confident that Coetzee will continue to leave everything out on the pitch in Kingspan Stadium.

“Marcell has been a great performer for us on and off the field and I’m sure he will continue to bring his high-performance standards through until June,” McFarland said.

“We have a talented squad that is growing in experience. We are looking to supplement and support that talent, particularly in the forwards, in line with our ambition to consistently compete for championships.” 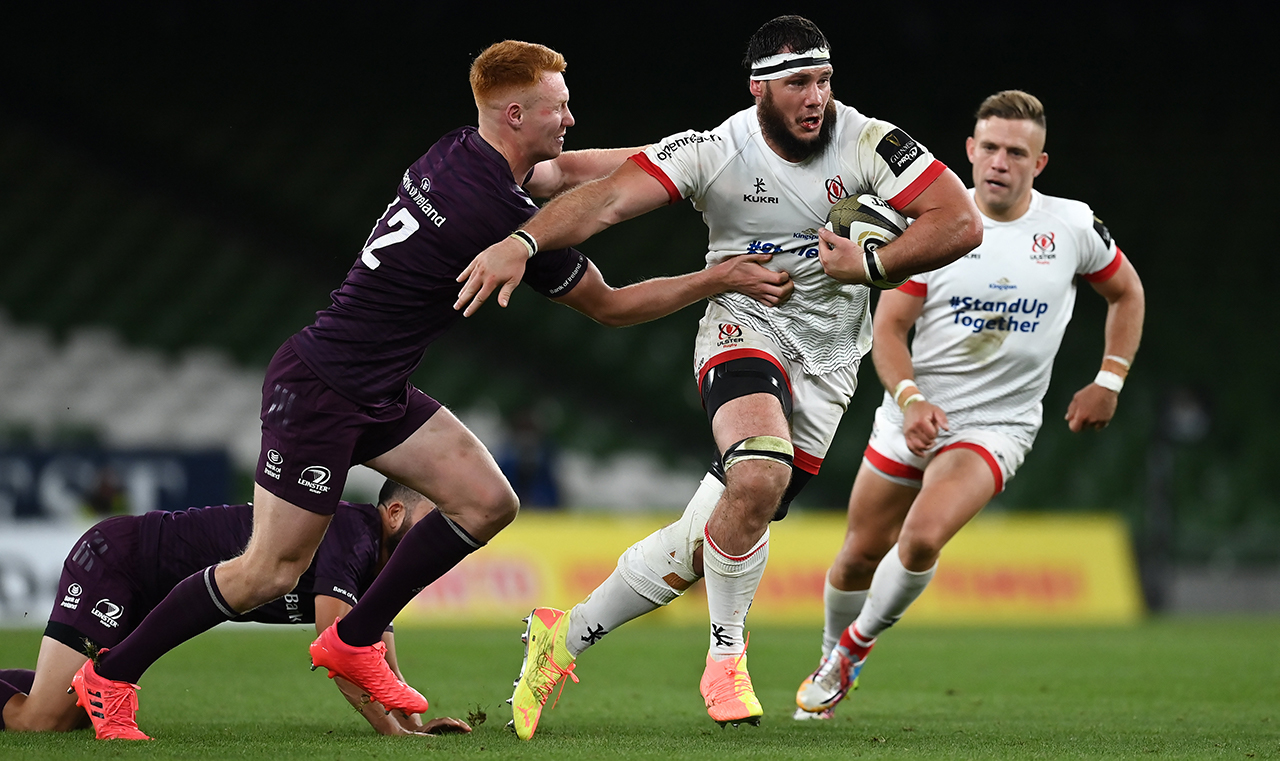 Marcell Coetzee of Ulster is tackled by Ciarán Frawley of Leinster during the Guinness PRO14 Round 15 match between Ulster and Leinster at the Aviva Stadium in Dublin. Photo by Brendan Moran/Sportsfile

In the same statement, Coetzee explained his reasoning behind leaving the province.

“It all started during lockdown when I was back home for four months,” Coetzee said. “My wife and I did a lot of thinking together about life and we also reflected on where I am in my career.

“We decided to come back to Belfast with an open mind, but ultimately we miss home, the South African culture and way of life – and after five seasons the longing for home has just caught up with us.

“I must say Ulster have been absolutely superb to me, on and off the field during my career, and I feel I have grown as a person and as a player for the experiences the club has given me. Ulster will always have a special place in the hearts of my wife and I.”

Lions tests in South Africa to be played behind closed doors