CJ Stander was right to call out the referee | Alan Quinlan

The aftermath of the game was dominated by the performance of referee Dan Jones, with the soon to be retired C.J Stander expressing his disdain at the official’s decisions after the game saying, “It felt like we were playing against more than 15 men. I can say it now I’m done, but it’s difficult for both sides."

Johann van Graan’s side had two tries ruled out in the second half, the first for Peter O’Mahony after an obstruction off the ball, compounded by a second for Andrew Conway following a knock-on by Damian de Allende.

Speaking on OTBAM on Monday, former Munster and Ireland back-row Alan Quinlan said Stander was correct in breaking etiquette and calling out the referee.

“He was shocking; the referee was absolutely shocking… More shocking for Munster but shocking enough for Connacht at times as well.

“His whole attitude, decision making, positioning. Some of the decisions were terrible.”

“Look at it from an impartial point of view; some of the decisions were really baffling.”

Quinlan recalled a previous Munster game that Jones officiated where he felt the Welsh referee had an anti-Munster bias.

“Munster had previous with Dan Jones at the start of the year over in Scarletts. He pinged them off the park. I genuinely, clear as day, remember watching that game on TV going, ‘This is shocking, this is like this guy actually doesn’t like Munster.”

Quinlan countered the idea that the Munster players should have been prepared for Jones’ officiating, considering prior experience with the referee.

“There are some things you can’t do anything about. If he’s penalising one side for hindmost foot and he’s not penalising the other side, and it’s blatantly obvious that he’s getting decisions wrong, particularly when Munster are on the attack, what can you do about that?” 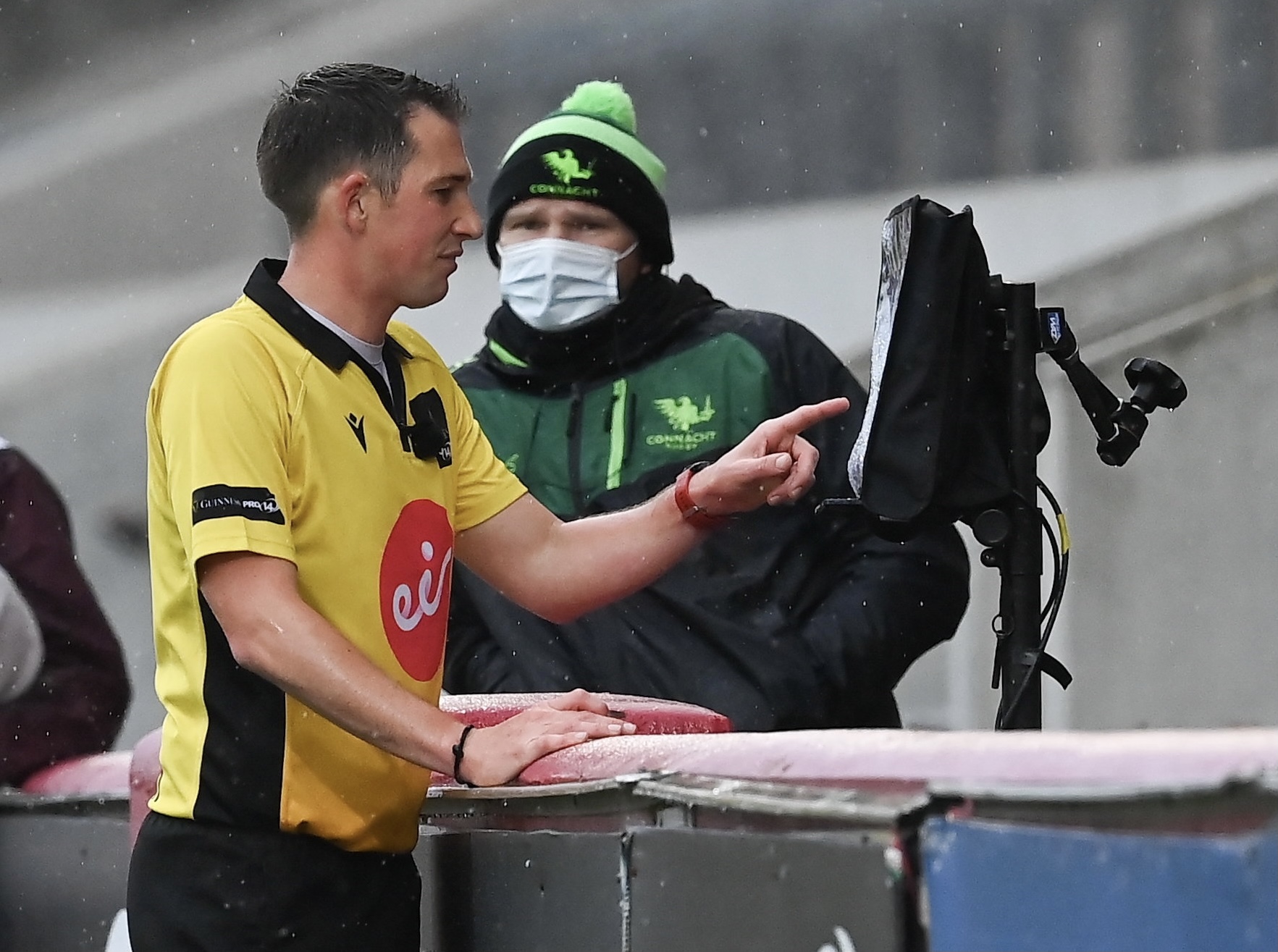 Quinlan backed C.J Stander’s decision to challenge the referee in his post-match interview, a stage where players usually conform to formalities in praising their opposition.

“We’re sick of bland interviews after matches. We’re sick of guys saying the right thing… Nobody speaks the truth.”

Despite the perceived poor officiating, Quinlan conceded that Connacht were deserved winners on the night.

“The referee wasn’t the defining factor, but he was an issue. Let’s get that straight.

“I still think Connacht, for their endeavour, their work rate, their passion, deserved to get what they got.

“There were loads of big performances from Connacht, so it seems like it’s very unfair but look, I just think the referee was really poor.” 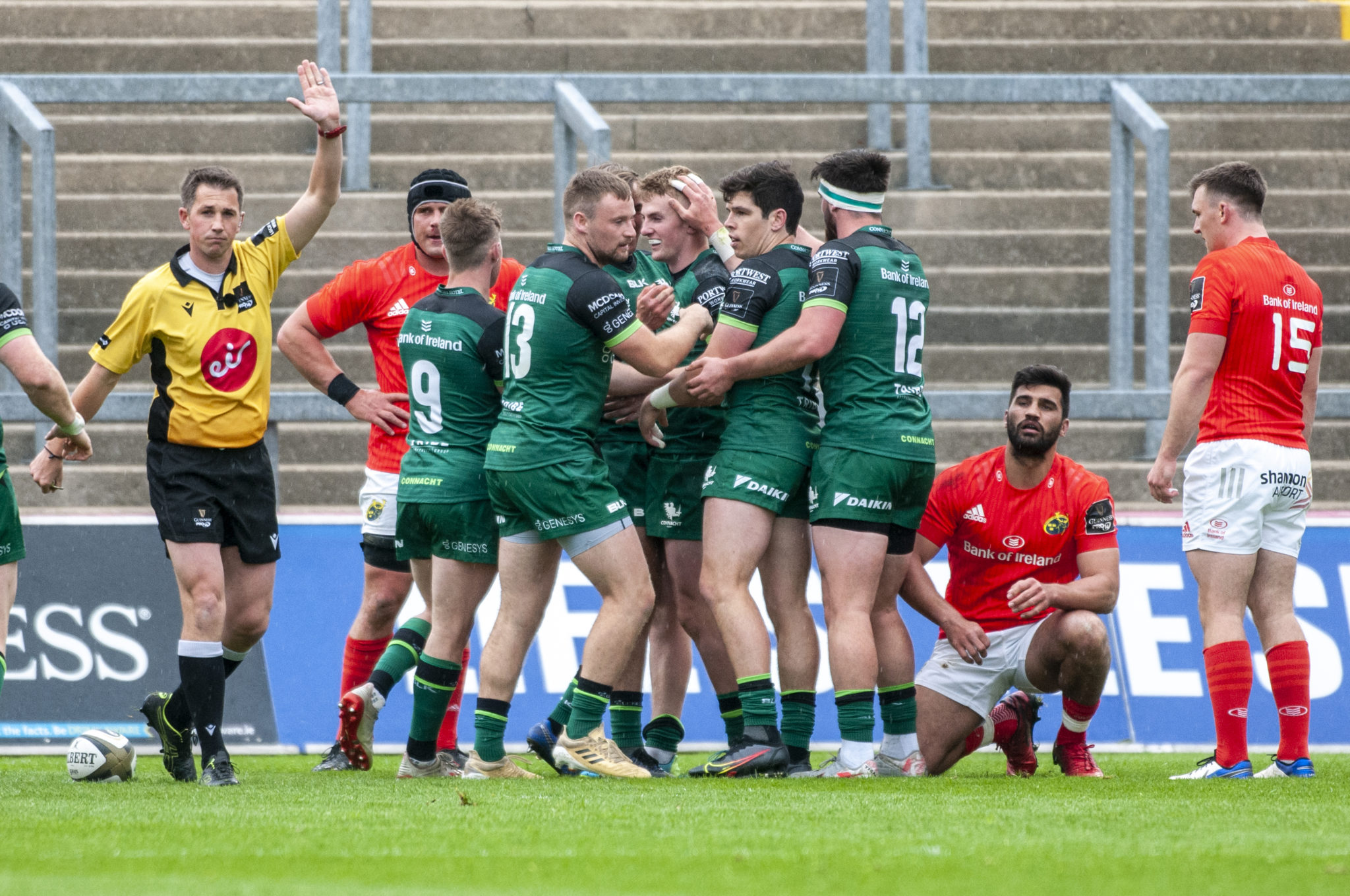 After the weekend’s fixtures, Munster dropped to second place in the PRO14 Rainbow Cup standings, with Benneton leap-frogging them to the top of the table.

Tournament organisers have confirmed that the Rainbow Cup will culminate in a ‘North v South’ final on June 19.

You can watch the full chat with Alan Quinlan here, where he also speaks about Caelan Doris' return for Leinster, as well as Connacht's hopes of reaching the Rainbow Cup final.