Leinster to travel to Exeter as Champions Cup quarterfinals confirmed

Leinster are set to travel to Sandy Park for their Champions Cup quarter final against Exeter on ...

Leinster to travel to Exeter as Champions Cup quarterfinals confirmed

Leinster are set to travel to Sandy Park for their Champions Cup quarter final against Exeter on Saturday April 10th, as the quarter finals were confirmed on Sunday evening.

Leinster qualified for the quarter finals after RC Toulon were deemed unable to play their planned Round of 16 encounter against Leo Cullen's men after too many players were considered to be high risk contacts of a member of the backroom staff that was a close contact of a positive case.

The cancellation of this match meant that Leinster were awarded the result, and will head straight into the quarter finals.

Munster were unable to qualify for the quarters after a high-scoring encounter against Toulouse on Saturday in Thomond Park, losing by seven to miss out on a shot a silverware.

Ulster, on the other hand, romped home to a 57-21 victory over Harlequins in their Challenge Cup Round of 16 encounter on Sunday night, booking their place against Northampton on Saturday April 10th. 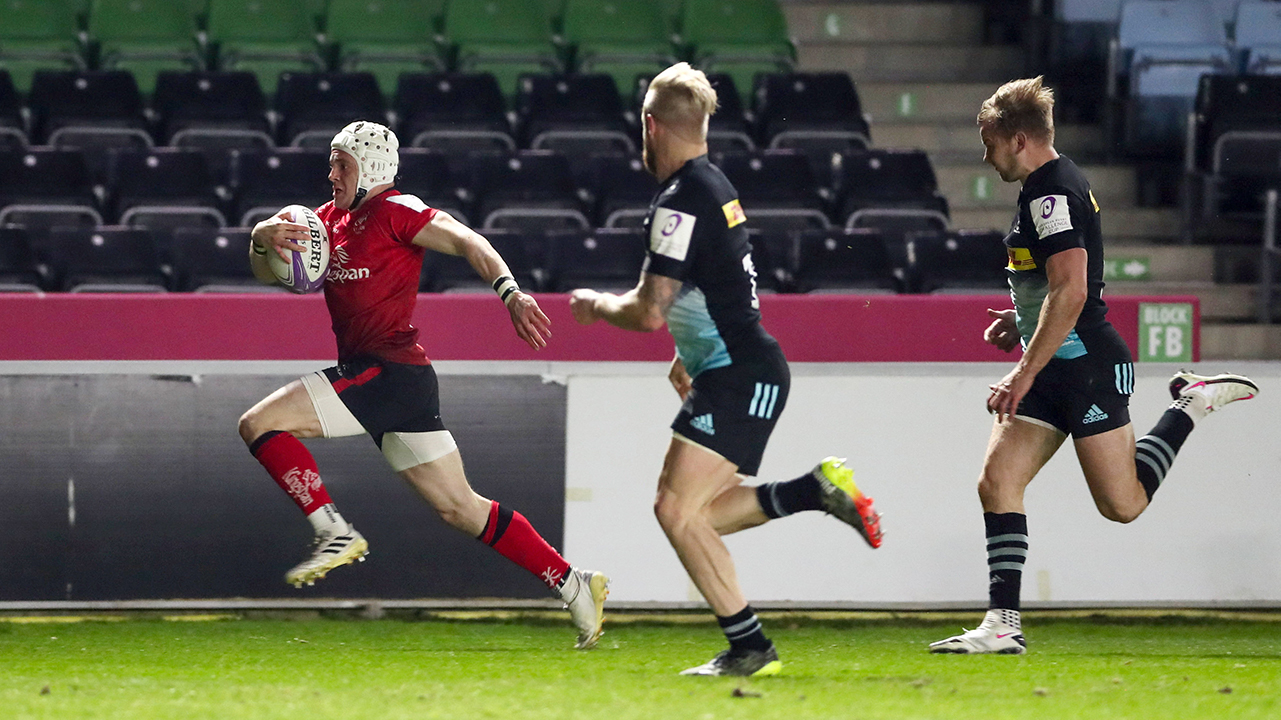 Michael Lowry of Ulster on the way to scoring his side's fourth try during the European Rugby Challenge Cup Round of 16 match between Harlequins and Ulster at The Twickenham Stoop in London, England. Photo by Matt Impey/Sportsfile

"We don't move on from this quickly" | Ulster coach Dan McFarland