Munster have named a strong starting lineup for their hime Pro14 clash against Scarlets on Friday...

Munster have named a strong starting lineup for their hime Pro14 clash against Scarlets on Friday night, as Joey Carbery comes in to start his first game since January 2020.

Johann van Graan's men are coming off a narrow three-point victory in their interpro against Connacht last weekend, and are already through to this year's Pro14 final.

There are seven changes to the side from last week, most notably that of Carbery coming in for Ben Healy, after returning to the field last month.

Mike Haley starts at full-back with Nash and Shane Daly on either flank.

Hanrahan will form part of a brand new centre pairing, as he lines up inside De Allende for the first time. Carbery is joined by scrum-half McCarthy in the half-backs. 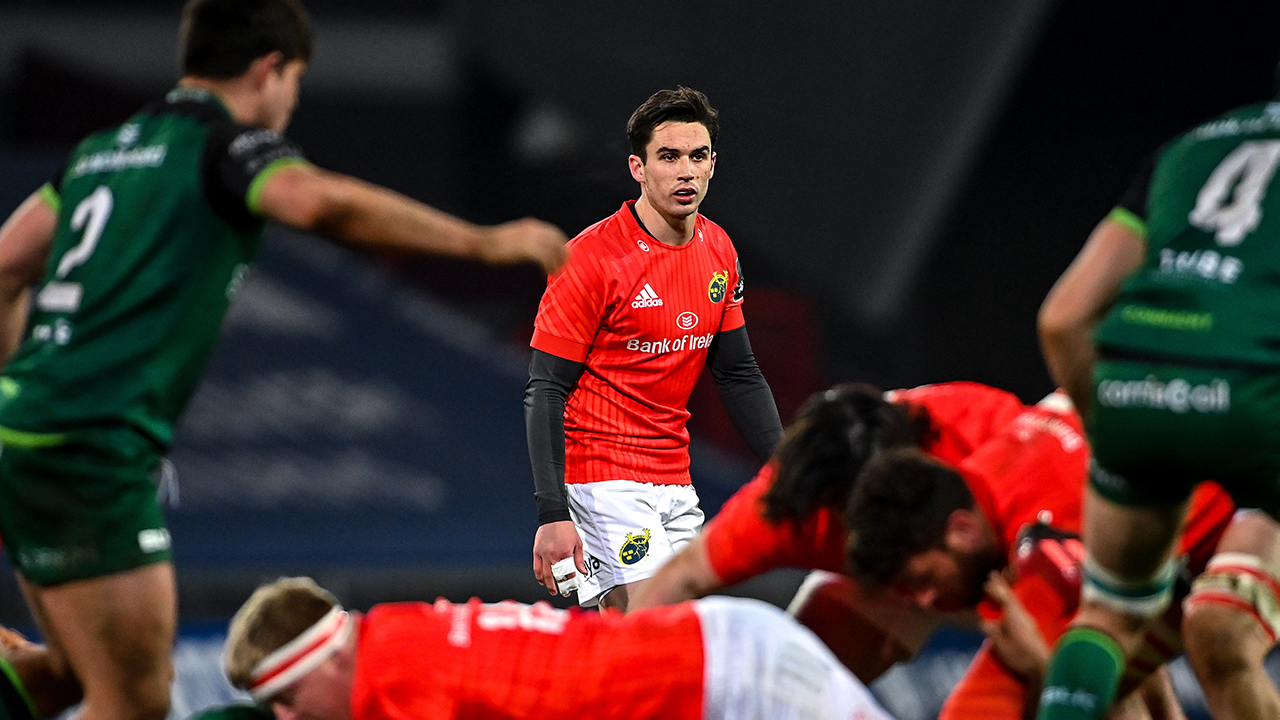 Joey Carbery of Munster during the Guinness PRO14 match between Munster and Connacht at Thomond Park in Limerick. Photo by Ramsey Cardy/Sportsfile

The front row of James Cronin, Niall Scannell and Stephen Archer is unchanged from last week, while Kleyn pairs with captain Billy Holland in the second row.

Fineen Wycherley moves to the back row alongside O’Sullivan and Gavin Coombes to complete the pack.

Three Greencore Munster Rugby Academy players are among the replacements, including back-row forward Alex Kendellen, who is in line to make his Munster debut having featured in six games for Munster A this season.

Thomas Ahern, who has made four appearances so far this season, and Jack Crowley, who made his debut away to Ulster in January, are also included among the replacements.

Paddy Patterson is in line to make his Munster debut as he provides the scrum-half cover. Kickoff at Thomond Park is at 8pm.