Brian O'Driscoll has paid tribute to former Ireland and Leinster teammate Sean O'Brien with the flanker heading to London Irish next season.

'The Tullow Tank' has a hip injury and is unavailable for selection for Saturday's PRO14 final against Glasgow Warriors at Celtic Park.

O'Driscoll has shared the field with O'Brien for Leinster, Ireland and the British & Irish Lions and was full of praise for his former teammate, telling Ger on Friday Night Rugby: "He was an exceptional player."

"From very early on, I'd heard about him at UCD and then he came into Leinster training and for the first week or two, I didn't really get what the coaching staff in UCD were talking about - this destructive ball carrier.

"And, I think I played a game with him and then 'Oh, sorry, okay!' Because he's not a particularly tall guy. He's well built but there's this powerfulness that you just don't anticipate. It's farmer strength - it's that raw strength that you can't generate in the gym no matter how hard you try.

"Someone like Victor Costello would have had it - this explosiveness that was impossible to tackle. Sean had that.

"The hard edge that he had with it too - the nasty edge. He was someone to go to war with and I loved playing with Seany.

"Never was there a backward step taken and [he] delivered on the big stage at the big moments when there was an expectation [to perform]." 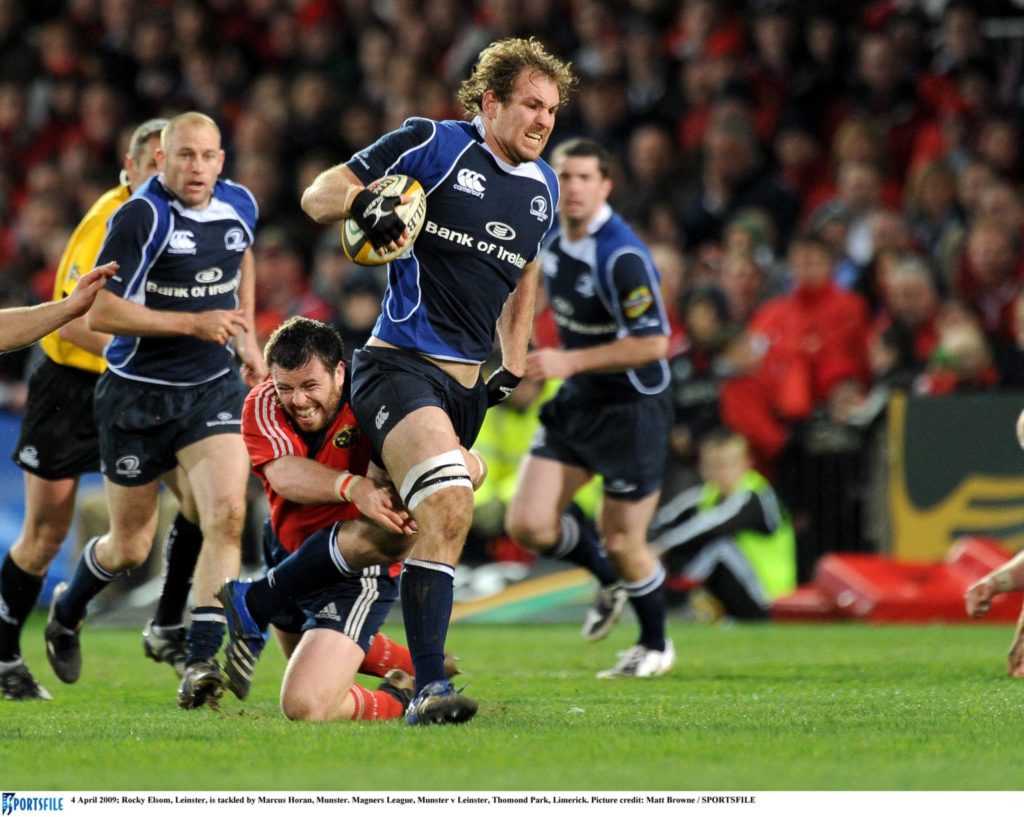 Rocky Elsom made a huge impression when he arrived at Leinster, arguably being the driving force behind their breakthrough Heineken Cup in 2009.

"That season that Rocky had - it was one season and he must have been 'Man of the Match' 14 times and he must be one of the best players in the world - how do you possibly replace him?

"Seany at that stage was playing '6'...but he was different to Rocky.

"He was fast and cut really good lines and was almost an elusive ball carrier whereas Sean was about making holes for you.

"It didn't matter - he didn't run to arms, he ran to chests. He almost wanted to put down markers with people that 'you're going to have to throw your best at me because I'm coming at your stem'.

"'And, if you can't knock me back when I'm coming at your strongest position - imagine when I'm going to get to your arms.'"