Brian O'Driscoll's Exeter report | What Leinster must exploit on Saturday

Ahead of Saturday's clash between Leinster and Exeter, Brian O'Driscoll assessed where the Irish province may find some joy against the reigning Heineken Champions Cup winners.

The reigning champions against the competition's joint-most successful side, Brian O'Driscoll foresees Exeter's tie with Leinster on Saturday night rightly going to the wire.

A 50/50 call for which team will come out on top and progress to the semi-final stages, the former Leinster and Ireland star highlighted on Thursday's Off The Ball where he believes Exeter can be gotten at - and where they might be at their most dangerous.

"You have to be brave against the best teams," he suggested to OTB Sports on Thursday's show, "and it is unlikely that you are going to out-Exeter Exeter - grinding a team down."

Last weekend, Exeter came from 14-0 down against Lyon to beat the French club 47-25 by the game's end. Despite the convincing win, O'Driscoll saw something in Lyon's approach that could stand to Leinster.

"I saw a really interesting statistic after 10 minutes where it was 4-0 on the offloads front to Lyon," he explained, "and they were 14-0 ahead.

"So, that shows if you take a little bit of risk - high risk, high reward. I feel that to have that little bit of cutting edge between the best teams, you need to force the occasional pass and trust your skills and go with your gut." 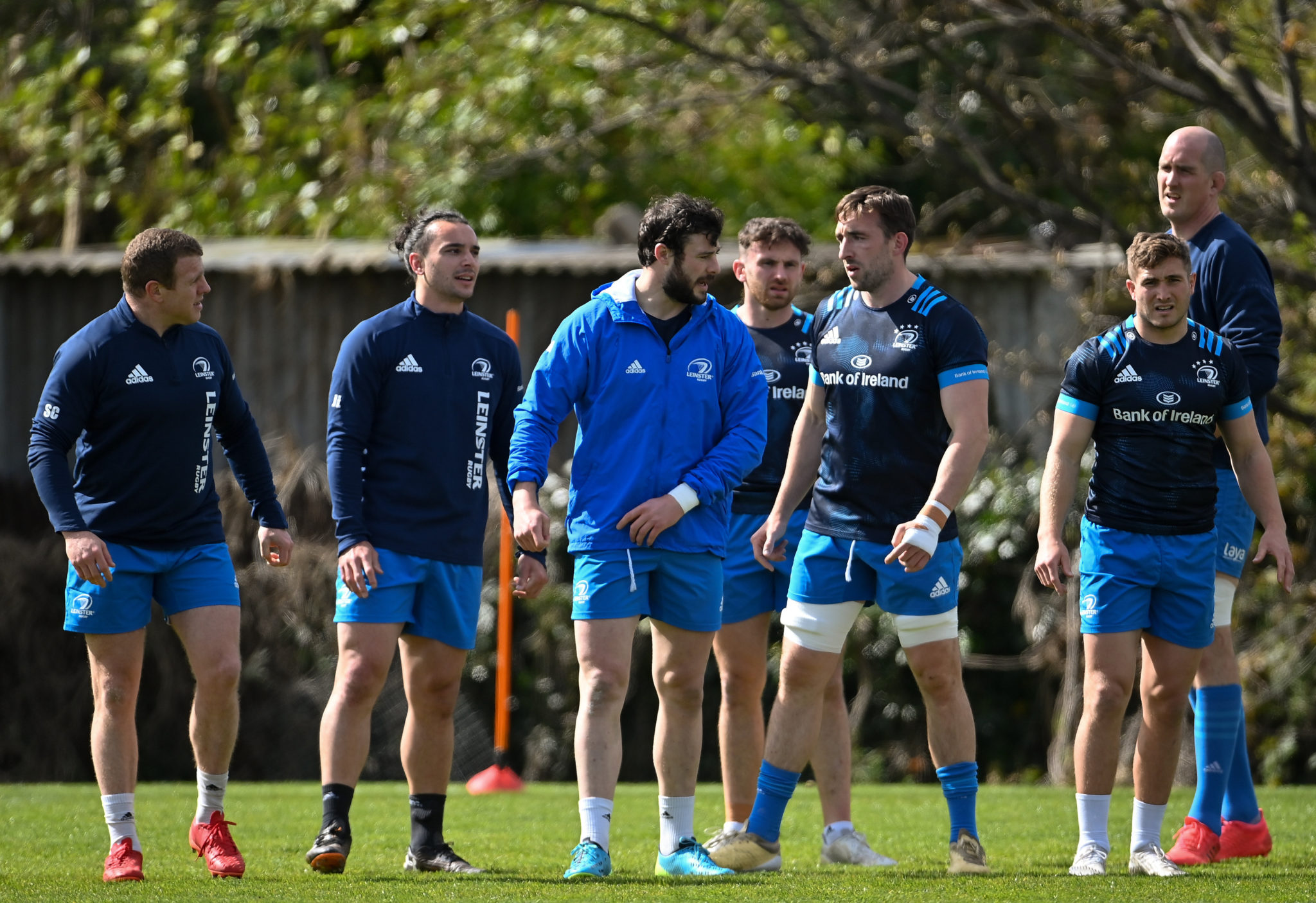 One aspect of Exeter's play that may provide some joy for Leinster on Saturday evening concerned their ability at the lineout.

"Their lineout was as bad as it has been for a long time," he noted of last weekend's performance, nodding toward how Leinster may take advantage.

"That's why you would imagine, irrespective of the personnel who might be back fit this weekend, that Devin Toner will be back in there trying to marshal things.

"Now, a bit like Leinster, they can score from transition, from kick return - they don't hang their hat on just set-pieces. But if you can be a disrupter in that area you can stop that first-phase possession and negate their attacking threat." 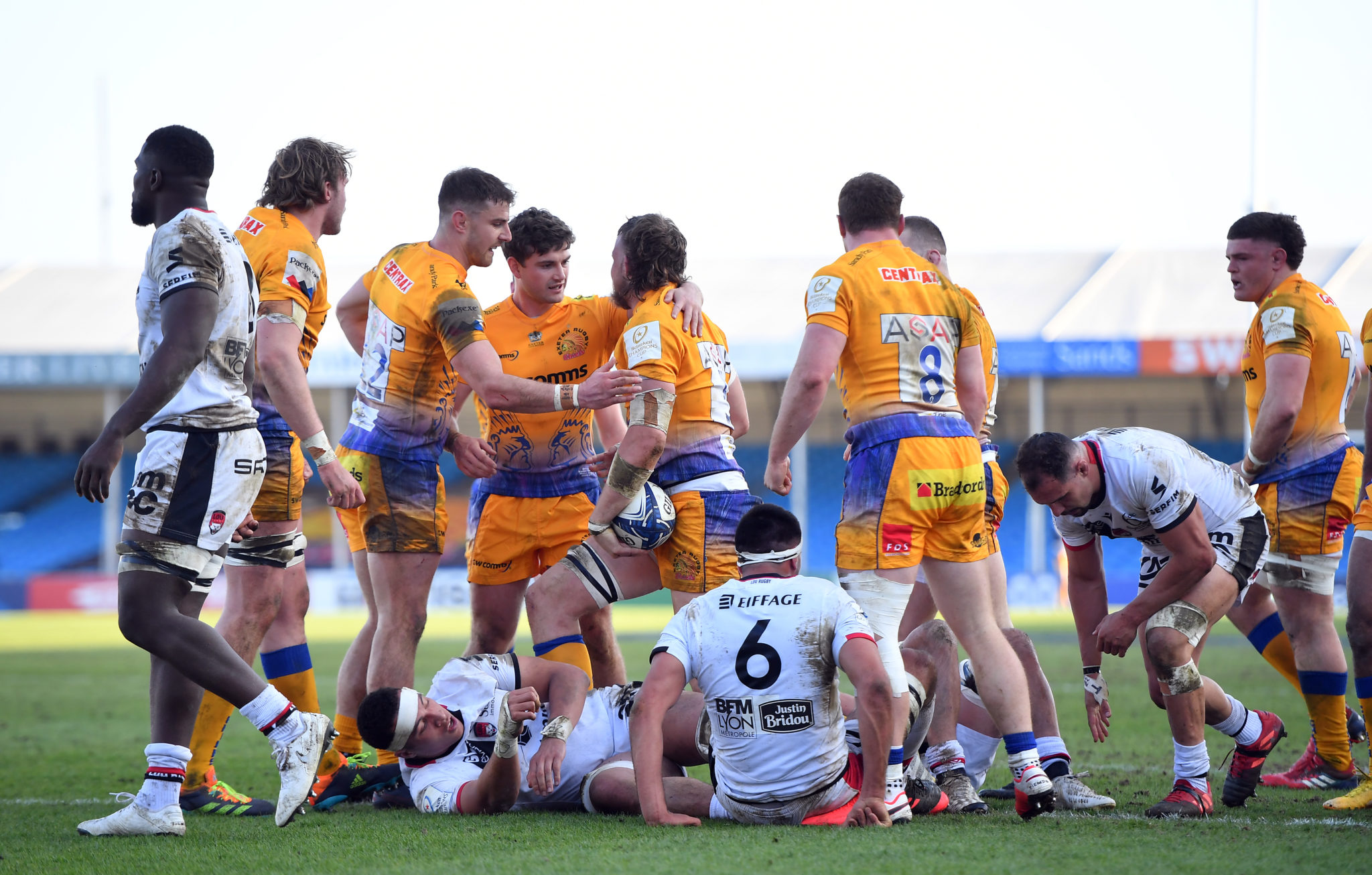 Nevertheless, for all the reasons that Leinster may have to be hopeful about some Exeter weak spots, O'Driscoll outlined ways in which the English club will cause Leo Cullen's side some headaches.

"They're doing their screen passing like the best of rugby league teams," he warned, "and I think that is one area that Leinster will have to be very mindful.

"They are creating these little triangles for themselves with trail runners in behind the ball receiver and then [there is] a front door option you have to respect right until the pass is given, and then a second triangle coming off trail runner that gets the ball.

The break from Woodburn, the finish from O'Flaherty 😎

Tom O'Flaherty gets us back level in yesterday's 47-25 Champions Cup victory over Lyon yesterday.