Brian O'Driscoll spoke to Off The Ball about his first-choice Ireland XV for the opening game of the 2021 Six Nations against Wales.

Brian O'Driscoll: my XV for Wales 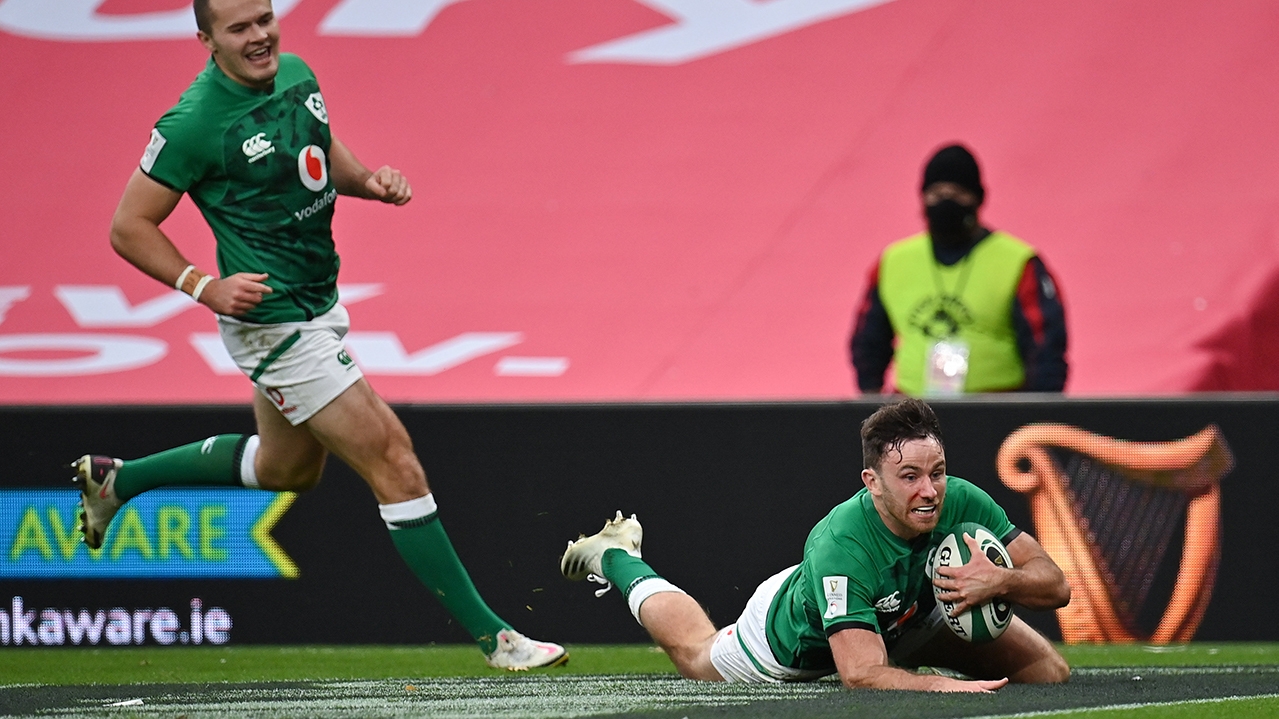 "I want stability and certainty there, and I think Hugo Keenan offers that," said Brian. 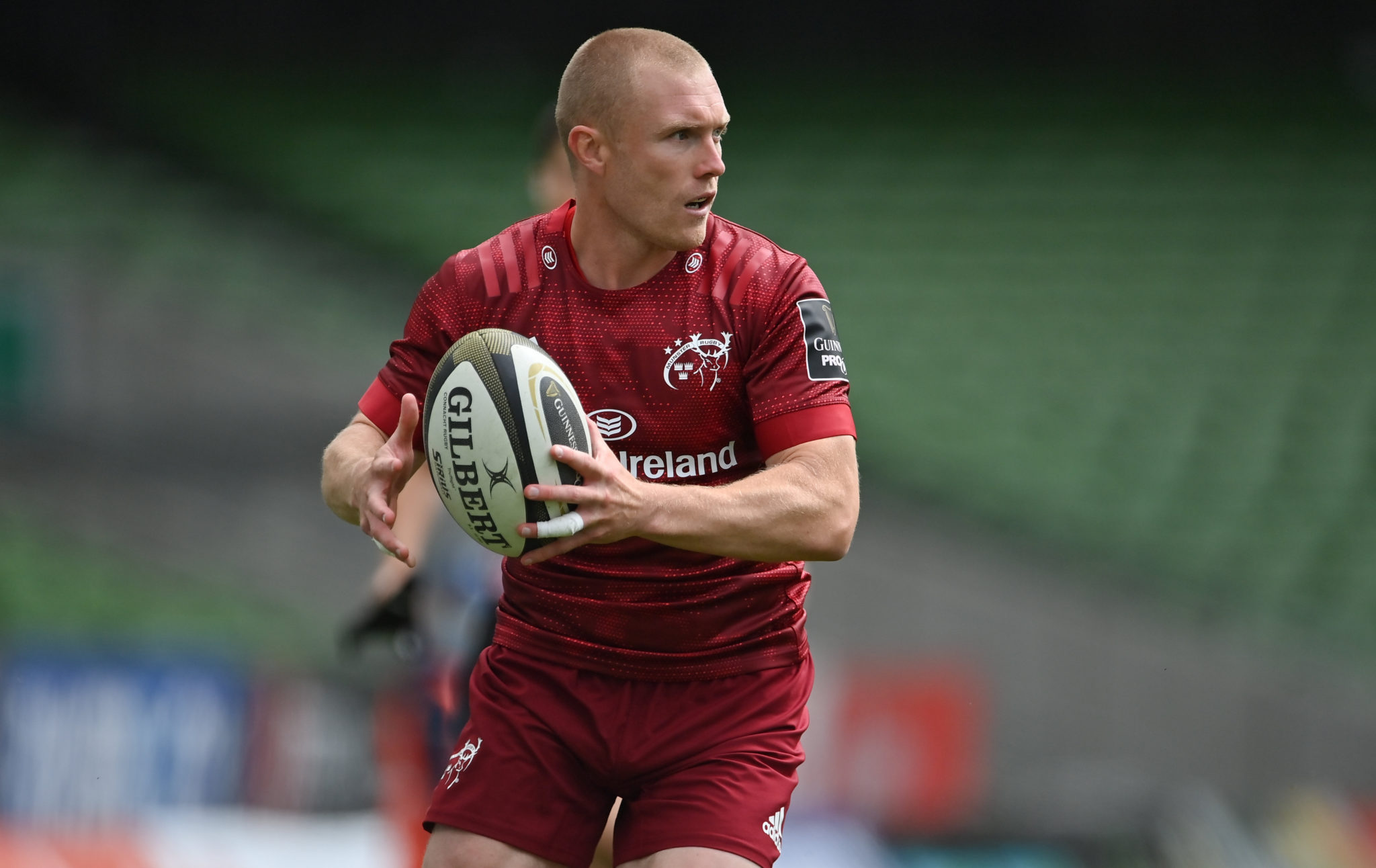 "For me, I think Keith Earls is our number one winger - he is in ahead of Jacob Stockdale from a consistency point of view. What he offers is this electrifying burst of speed, brilliant footwork - but he understands defence better than all the others in the back three." 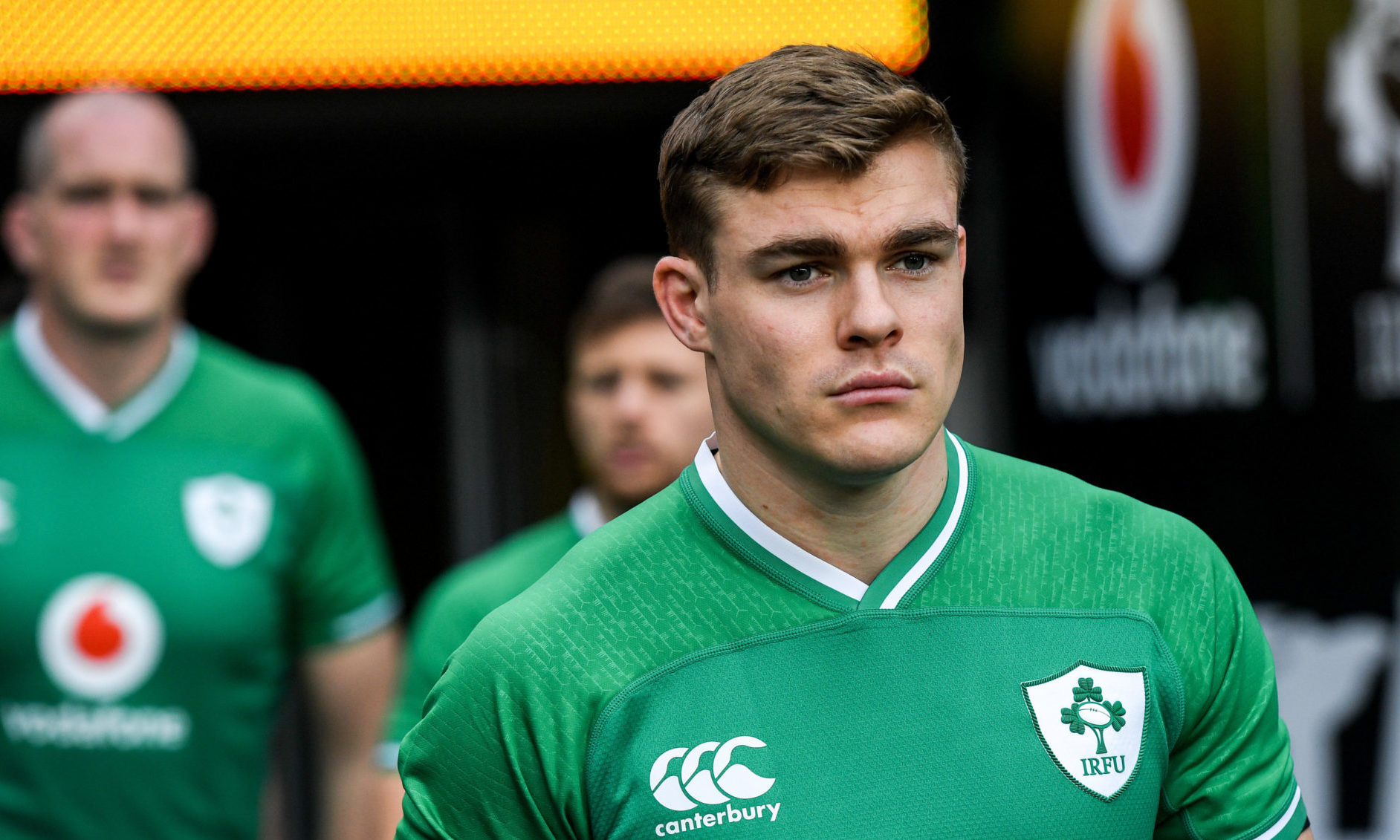 "Garry is the obvious choice at 13, he brings the best balance irrespective of who you play at 12.

"You play a slightly more attritional game with Chris Farrell, even though he has nice soft hands. Ringrose can do some stuff that all the other centres can't do." 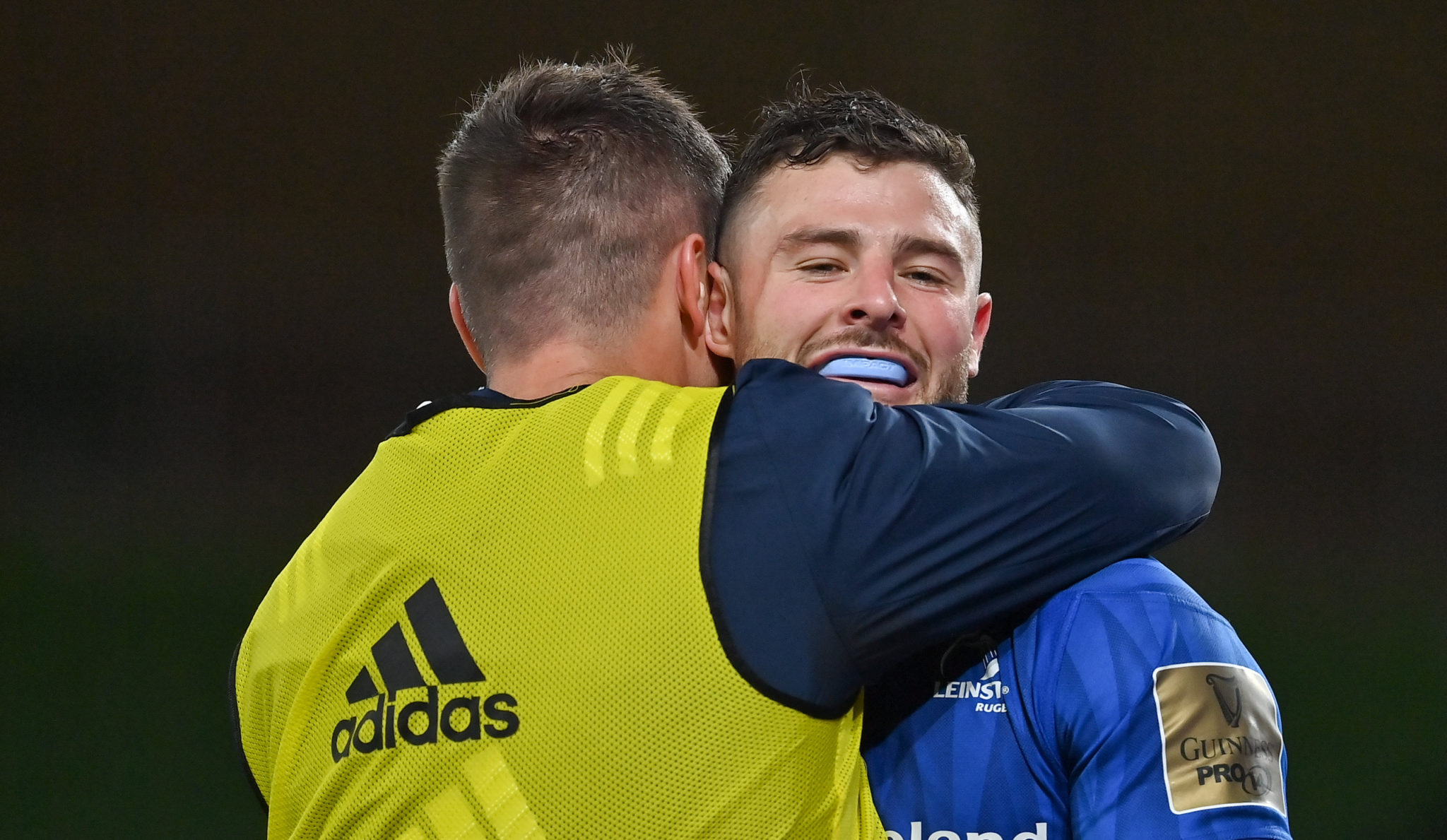 "It's almost a shame that Farrell doesn't see himself as a 12 [...] maybe Farrell should consider playing a little bit of rugby at 12.

"But in that jersey, I feel like Robbie Henshaw has played really well for Leinster the last while.

"I think Robbie has done enough to get back into the starting XV." 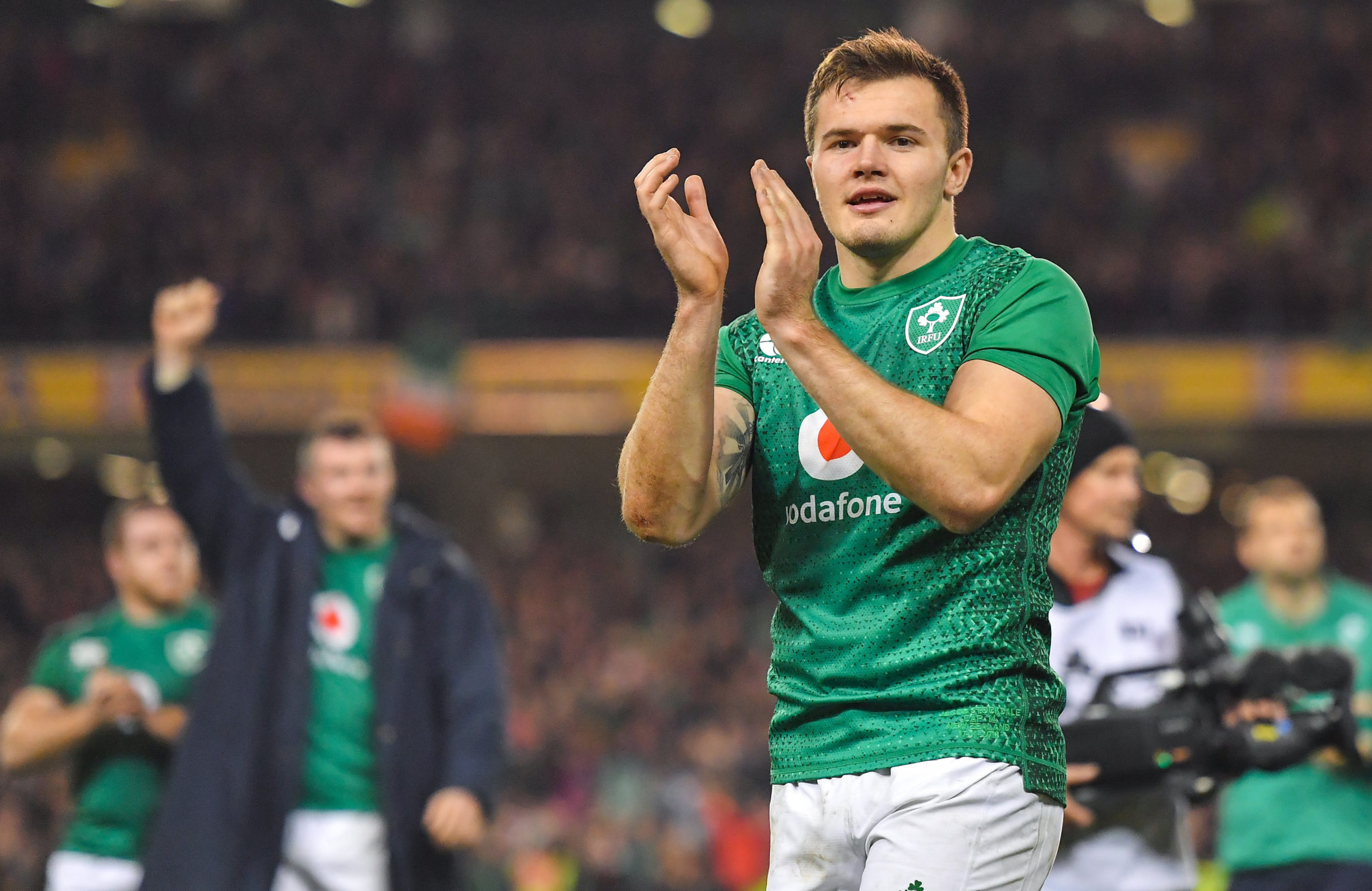 "I don't love Jacob Stockdale at full-back. He can have his moments, but he is a player who thrives on confidence and scoring tries. He will score more tries on the wing than he will at full-back.

"You just need to get him the opportunity, one-on-one, to beat players because that is where he becomes a world-class operator. 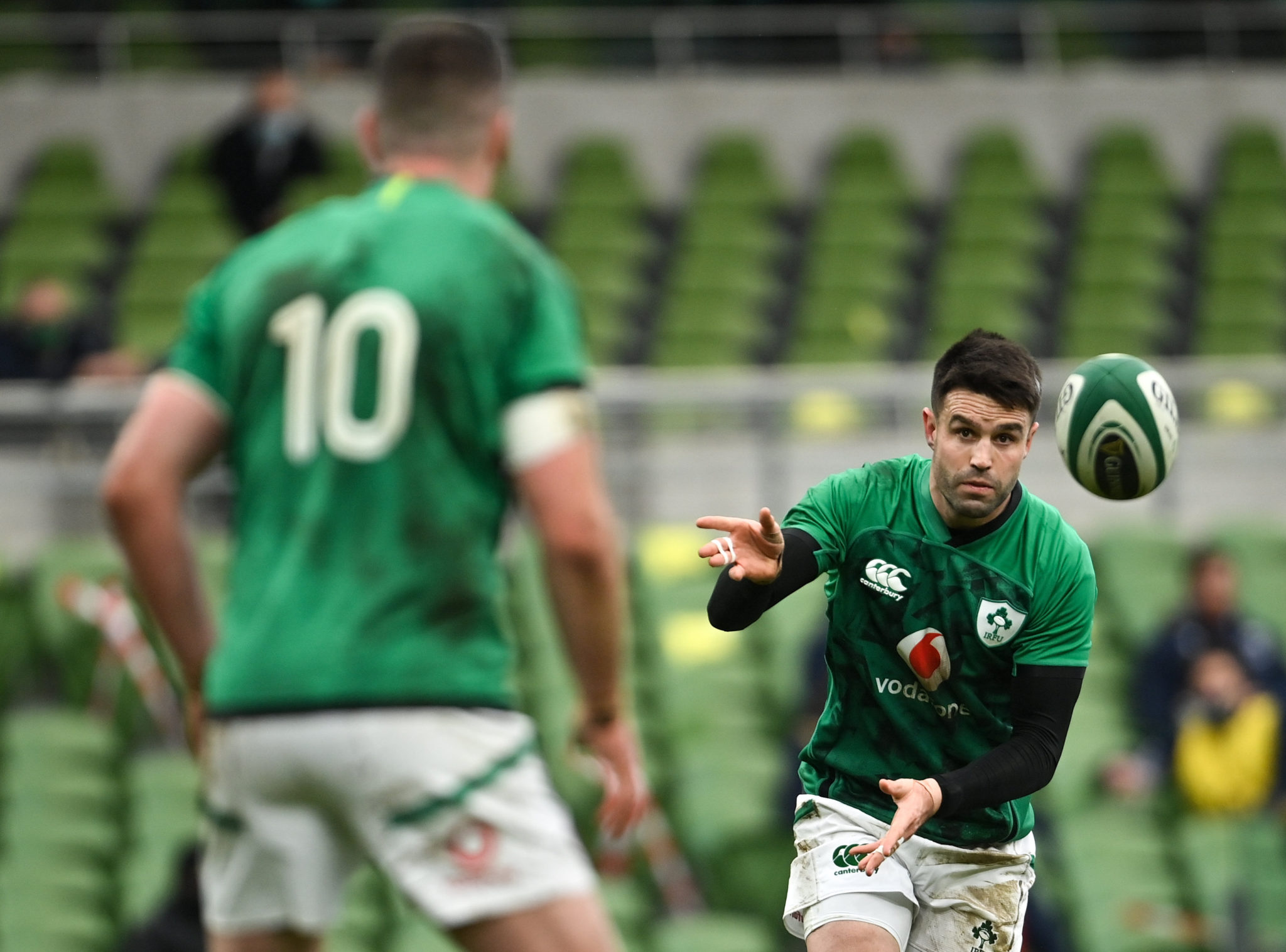 5 December 2020; Conor Murray of Ireland passes to Jonathan Sexton of Ireland during the Autumn Nations Cup match between Ireland and Scotland at the Aviva Stadium in Dublin. Photo by Ramsey Cardy/Sportsfile

"[Murray and Sexton] are the best two players in Ireland in their position, still.

"It is their ability to make things happen and keep the game plan working when things go awry. That is where they differentiate themselves.

"Lots of players can have a good one-off performance but there is a calmness and a consistency to both of them. In Johnny's case, we're calling out for another ten to come out and challenge him.

"With Johnny, his ability to pick the right pass is very special. Until we see that next player come through, we have been poxed with Humphreys, ROG and Sexton over the last 17 years.

"The quality of those three out-halves is very special, and sometimes you don't fully appreciate players until they're gone." 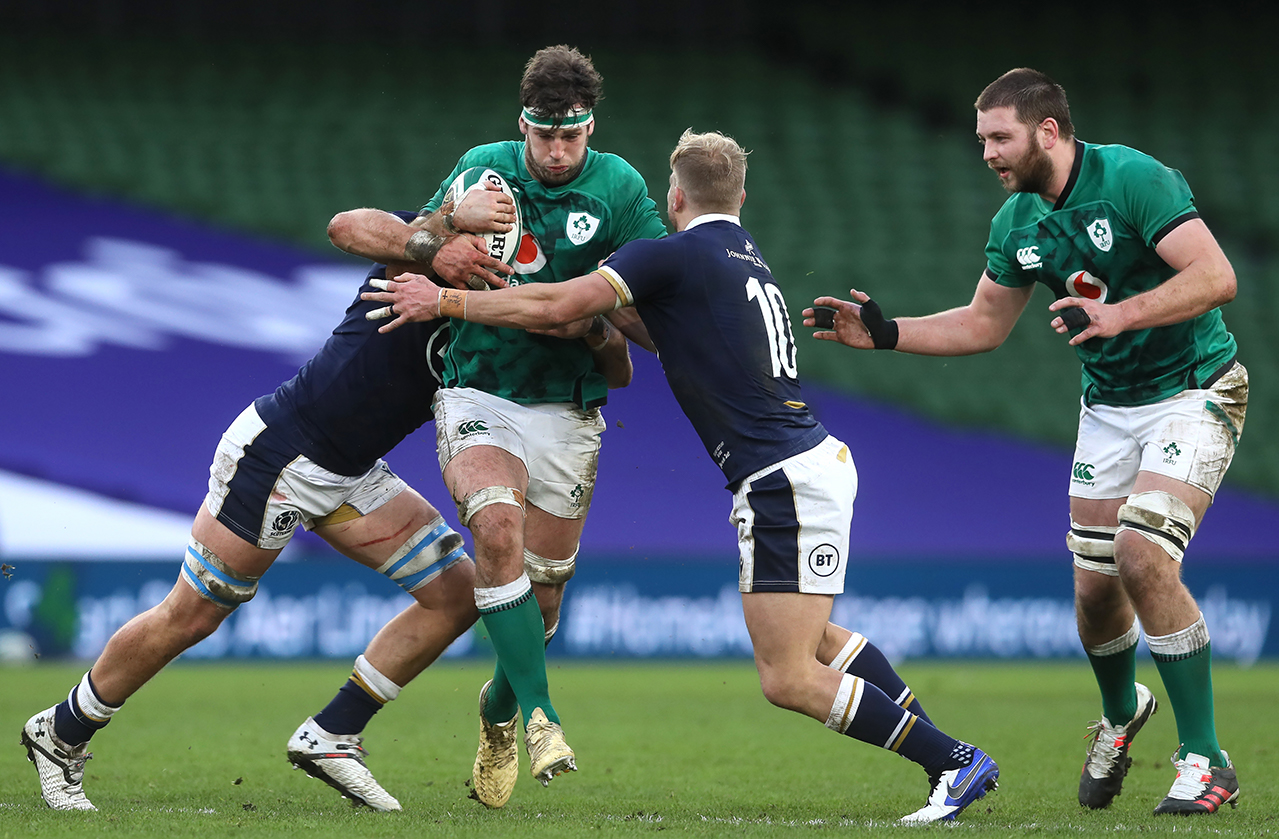 "A different sort of ball-carrier.

"He reminds me of a Jamie Heaslip, but he is a better ball player than Jamie was. I think he is so exciting to watch. He was man of the match in few games in November and rightly so.

"I just feel he is going to be a real star for Ireland for years to come." 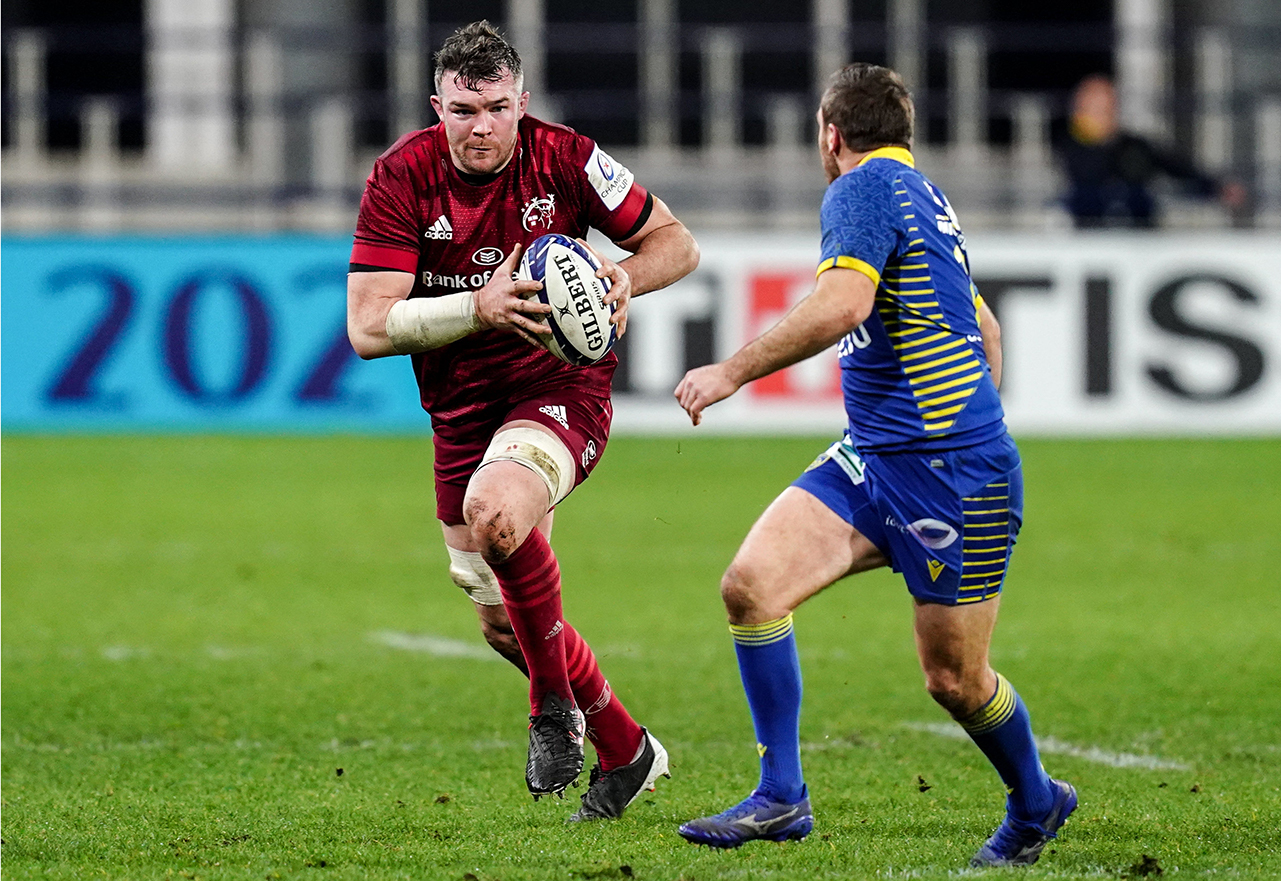 "I've always liked Pete as a player, but I never saw him as a seven. I think he has worked really well as a seven for Munster and Ireland over the last couple of games.

"Again, he is showing the importance to his team [Munster] with both his leadership and his form." 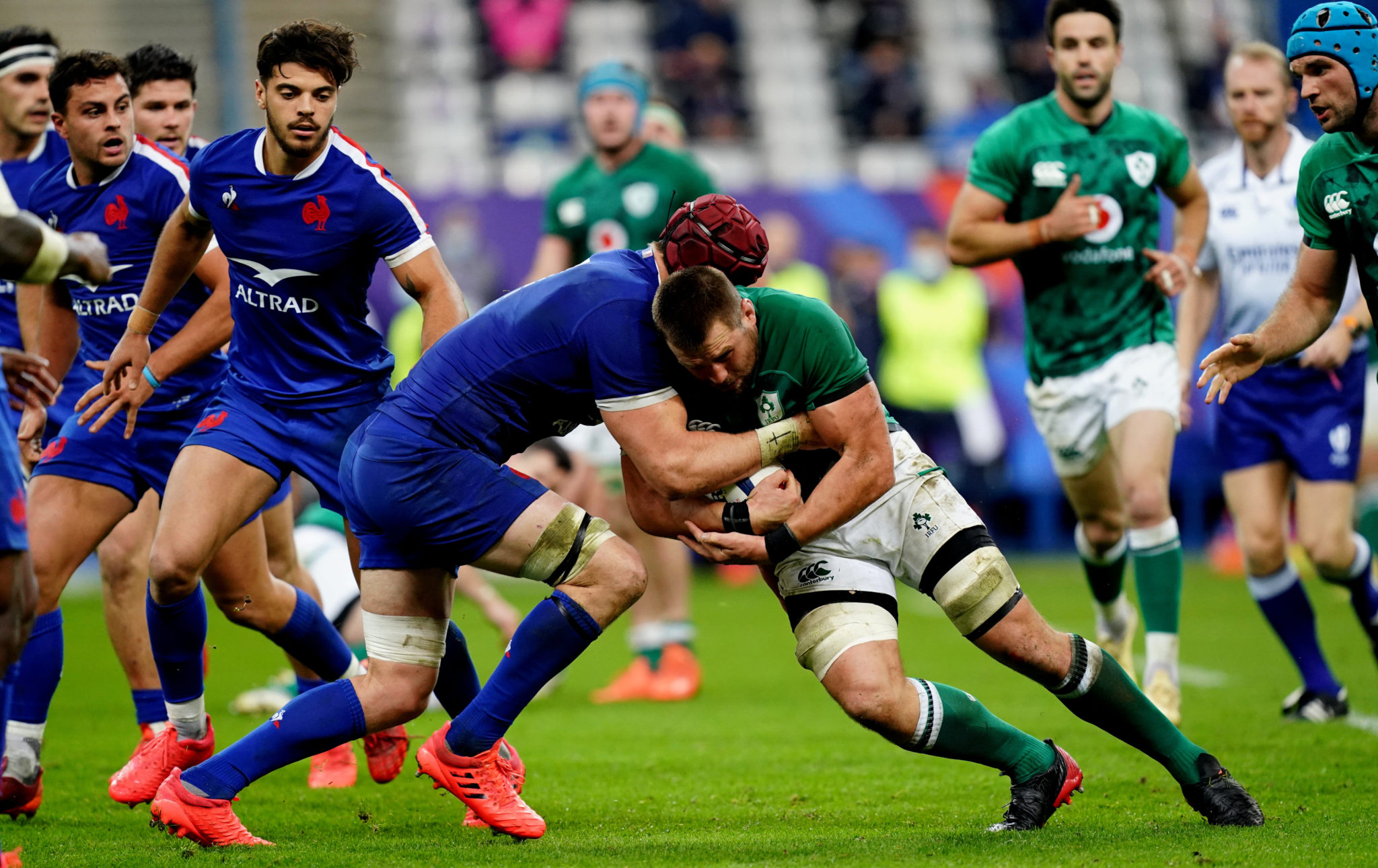 "I don't think he has a bad game for Ireland. Sometimes he gets worked out by the bigger teams, who are able to manhandle him.

"But I've seen an evolution in his game, passing the ball a hell of a lot more than the last five or six seasons with Munster and Ireland. There is a progression coming there." 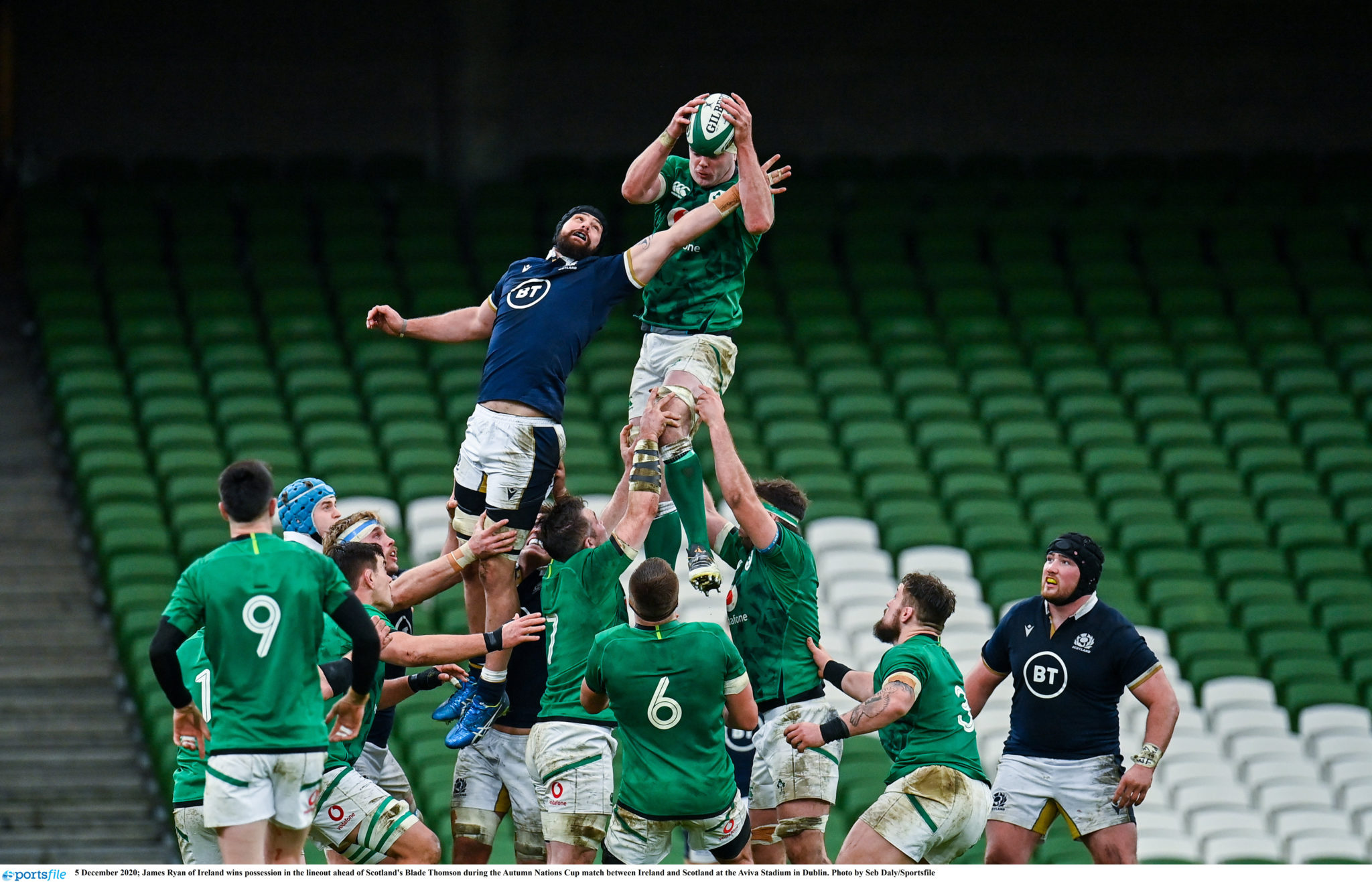 "James Ryan is going to be there for a long time, provided he stays fit. He is potentially number one on the team sheet." 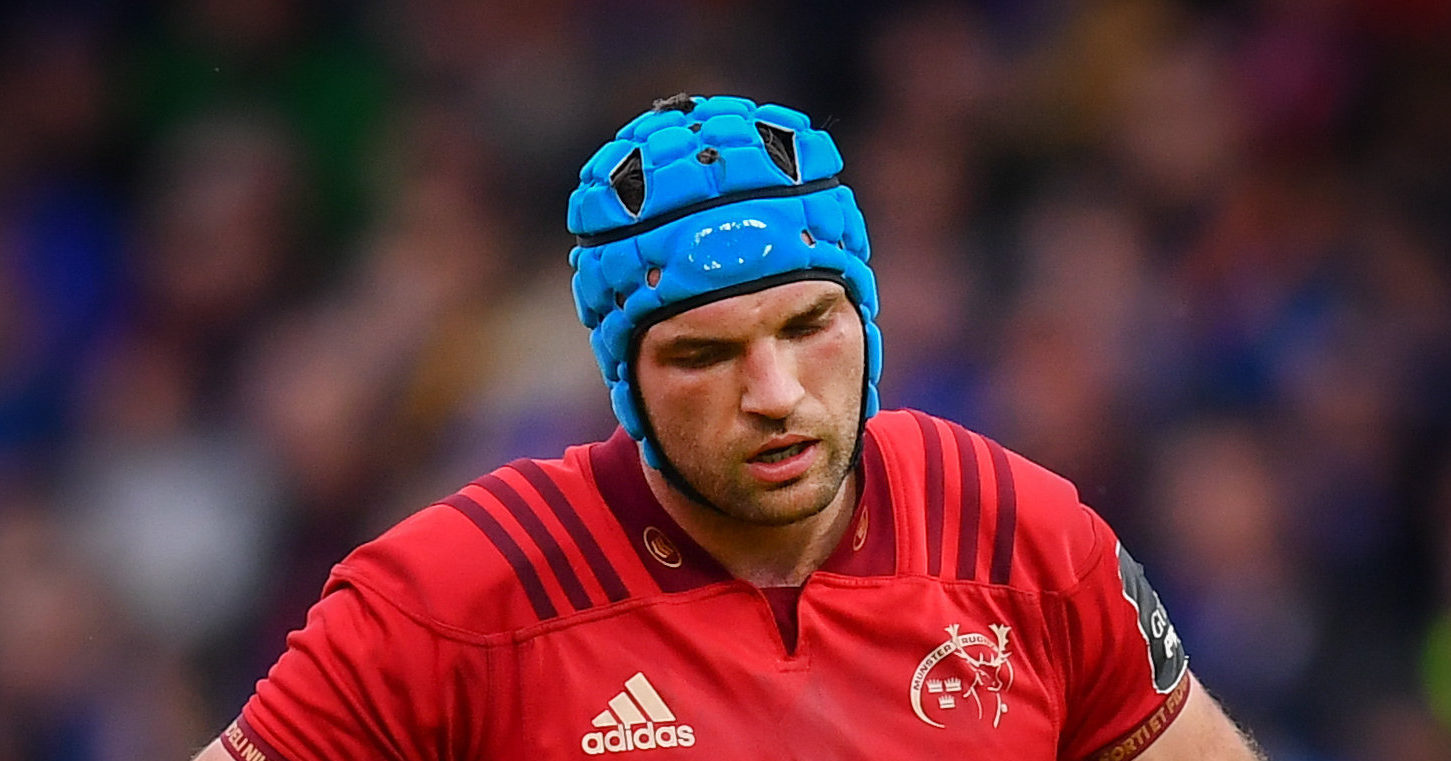 "I like seeing him play against Welsh opposition. He played in  Scarlets because he has got such a great reputation over there. They were sorry to lose him to Munster, they rate him incredibly highly.

"I just think he has been very good for Munster. We know about his ability to turn over a ball, but he has improved his work rate which, at times, has held him back.

"From what we have seen so far, he is worthy of partnering James Ryan in the second row." 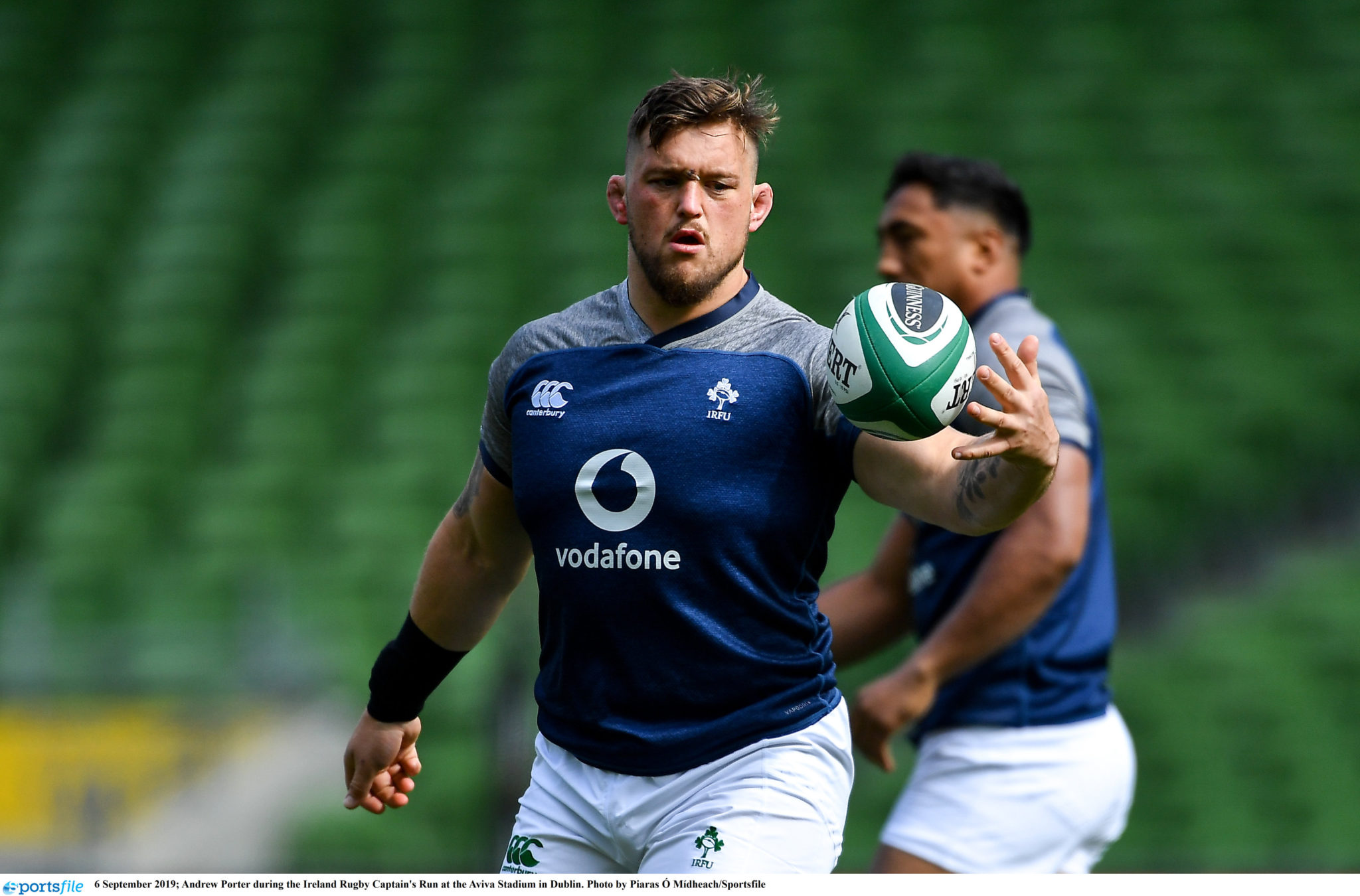 "I thought Porter was one of Ireland's real consistent players, a very important player towards the end of the Six Nations in November." 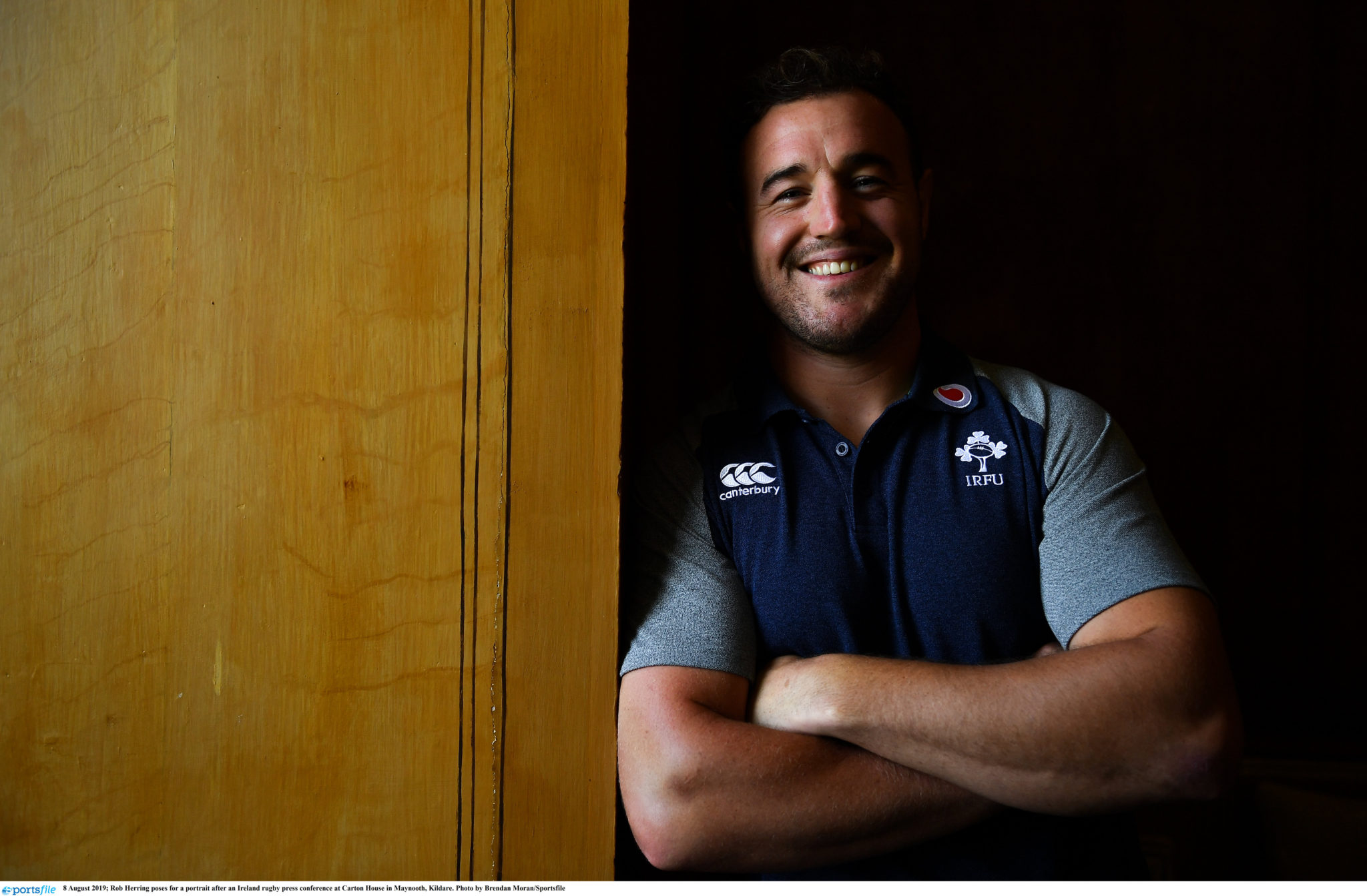 Brian O'Driscoll believes Ireland might be 'struggling' at hooker.

"I thought that Niall Scannell was going to be the answer a couple of years ago, I thought Kelleher was going to come through and really shine.

"But no-one has really grasped it, and the capability is if of someone coming in by showing potential for their club but taking their opportunity properly internationally.

"You need a dynamic ball-carrier at hooker. You need someone that is going to give you a vantage line as well." 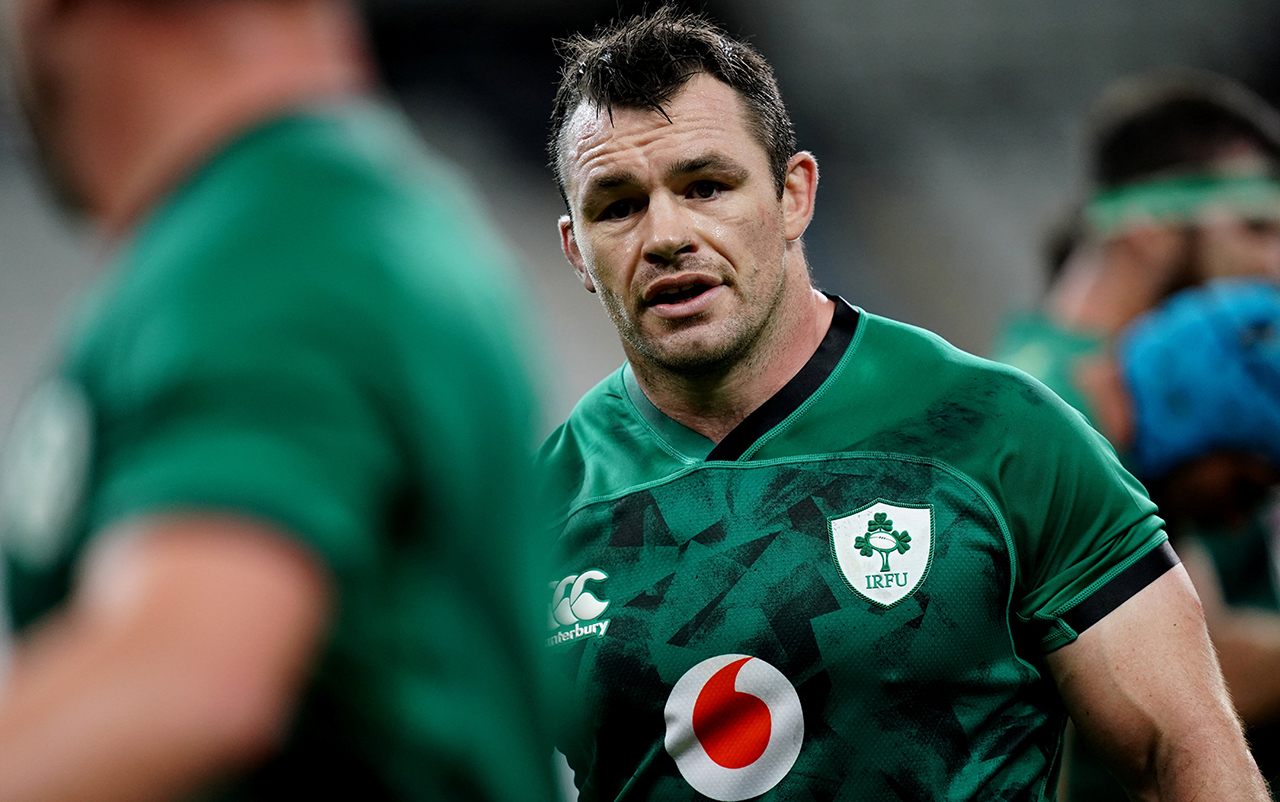 "Cian Healy picks himself. When Dave Kilcoyne is back from injury has the potential to push Cian again."

'Hanrahan could get back into international reckoning' | Brian O'Driscoll

BOD: 'The gulf from Johnny Sexton down is still so considerable'