New Zealand had already successfully defended their Bledisloe Cup title for the 19th consecutive year, after beating Australia twice in August, racking up big scores in the process.

On Sunday morning, the All Blacks ran in another six tries to the Wallabies' three, continuing their dominance over their trans-Tasman neighbours. 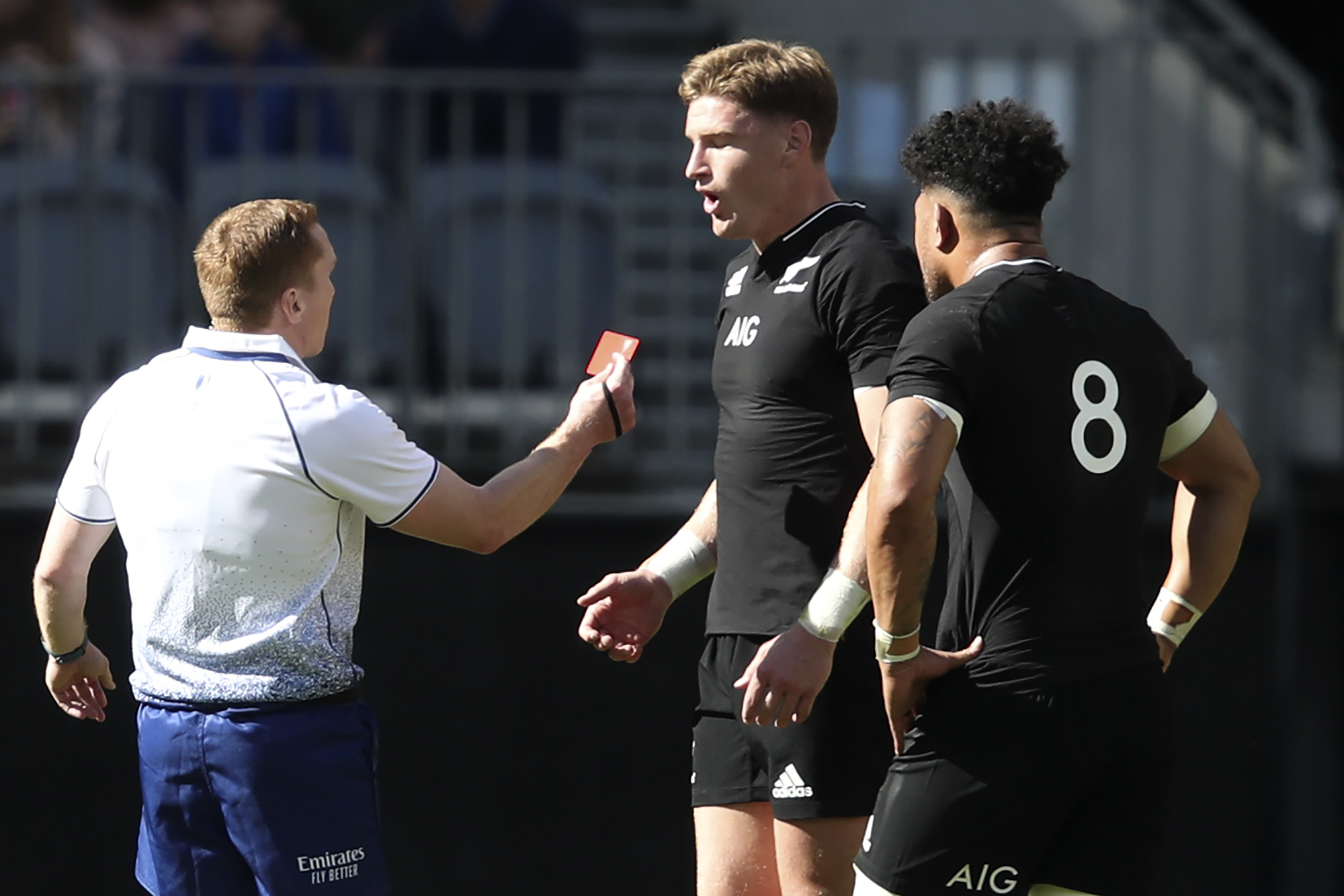 The All Black was shown red in the 28th minute for making direct contact to the head of Marika Koroibete with an extended foot while attempting to catch a high ball.

While it is clear that there was no intention in the act, Barrett's foot clearly struck the head of Koroibete, who immediately went down after the impact and was substituted for a blood replacement shortly afterwards.

Barrett would not play any further part in the match, however under the new laws being trialled in the Rugby Championship this year, he was allowed to be substituted after 20 minutes, allowing Damian McKenzie to be brought on.

While New Zealand were down a player for 20 minutes were still able to stretch their lead after David Havili crossed over from a powerful driving maul..

While Australia's hopes of a comeback looked utterly dashed, Folau Fainga’a attempted to defy the odds when he crossed over in the 50th minute to finally provide cheers for the home fans.

However, Will Jordan responded immediately and the result was effectively sealed when Havili ran 80 metres for an intercept try with 20 minutes left to play.

Nic White and Tom Banks gave the home fans something more to shout about with a converted try each, however they were broken up by tries from Anton Linert-Brown and George Bridge for the All-Blacks, meaning that the hosts never really came close.

The teams will travel to Queensland state for round three of the Rugby Championship next week, where New Zealand will take on Argentina, while Australia will host the World Champions Springboks.