With the World Cup journey at an end, Ruaidhri O'Connor considered the challenges now facing Andy Farrell as the Englishman prepares to take over as Ireland's head coach.

A prominent figure of Joe Schmidt's backroom team, Andy Farrell will already have his eye on Ireland's Six Nations opener against Scotland as he moves into his first role as a head coach.

Considered a crucial component of the Irish set-up as Schmidt's side swept all before them in 2018, the disappointment of 2019 will see Farrell starting from a lower base than was expected when his appointment was announced last November.

"He's coming in as a head coach for the first time having watched Joe Schmidt at close quarters, Warren Gatland at close quarters and Stuart Lancaster at close quarters," noted Ruaidhri O'Connor of Farrell's coaching background with Ireland, the British & Irish Lions and England. "I think he worked with Eddie Jones back in his Saracens days.

"He's been around top men for a long time, he had an unbelievable playing career where he played in World Cups for England in two codes.

"But now, the decisions are his."

With conventional rugby wisdom, the four-year cycle between Ireland and the 2023 World Cup in France will focus Andy Farrell's mind on the players that are likely to be of use to him when the competition rolls around.

As the 37-year-old Rory Best slips away, only four members of the current World Cup squad will be under the 30-year mark next time around; key men like Johnny Sexton, Rob Kearney, Keith Earls, Cian Healy and Peter O'Mahony will all be 33-years-old or more.

Right now, Ruaidhri O'Connor does not envisage any of the above following Best's lead: "He'll have to walk some of them out the door." 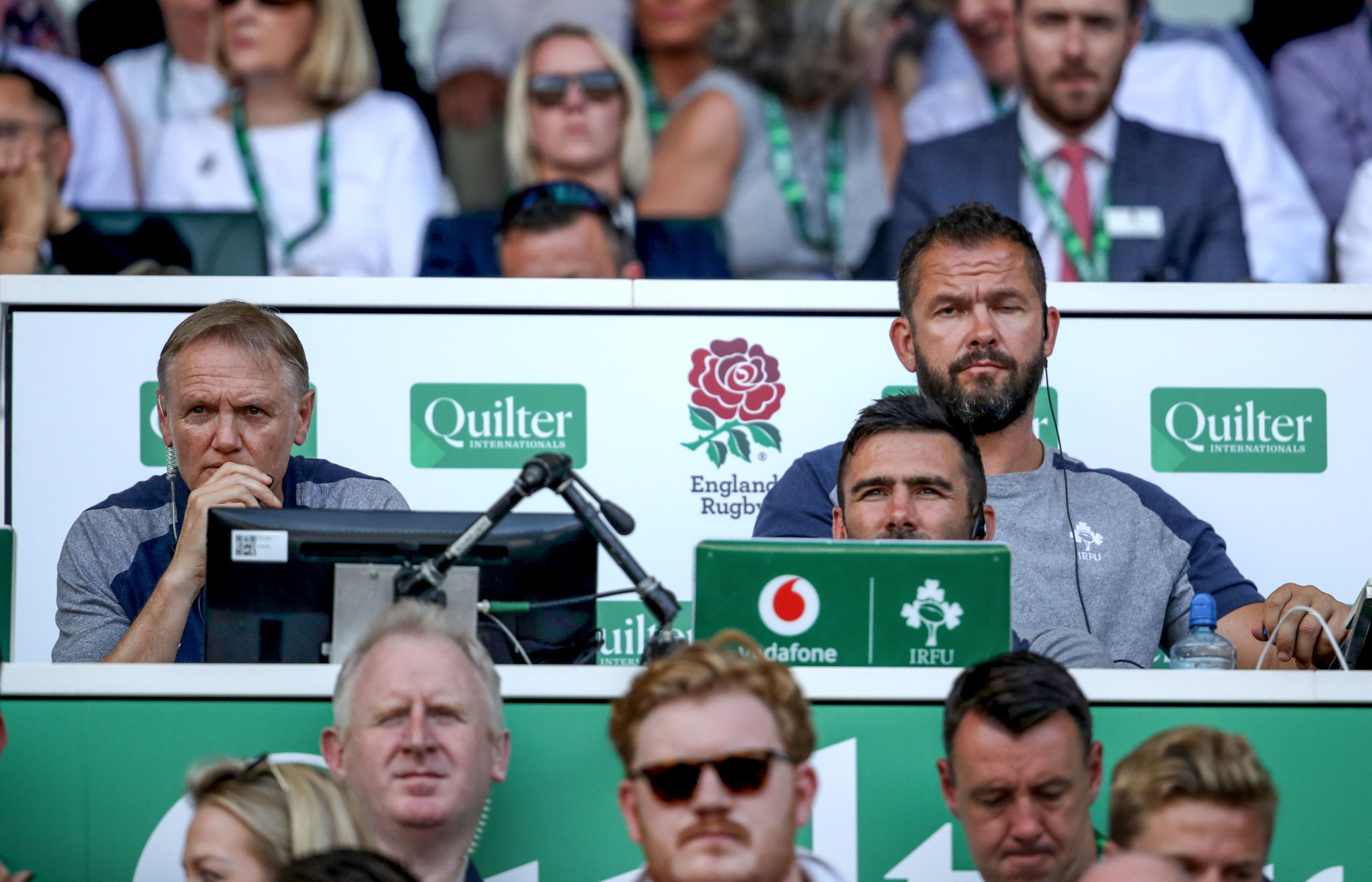 Beyond making crucial calls with regards to the squad's make-up, Ireland's playing-style is another issue Andy Farrell must be seen to act upon.

"He has to be quite revolutionary about what he does," predicted O'Connor, "because we've seen what happened in the last four years.

"For all that it ticked the right boxes, when it came to it the players were probably past their best, or at least very much out of form.

"We don't really know what [Farrell's] philosophy is going to be because he's always been part of someone else's regime. He was responsible in large part for England's attack in 2015, which was one of the better parts of their game in the build-up but didn't deliver at the tournament itself.

"There are highly skilled players in the Ireland team and I think what Farrell needs to do maybe is lighten the psychological load on them by not calling out every mistake in training, and maybe encouraging them when they make mistakes so they're not afraid to take risks.

"He knows he's starting on the back-foot now because he was the defence coach and his team's just conceded seven tries [against New Zealand].

"That's not a great place to start from."

For a full breakdown of Ireland's defeat to New Zealand and the challenges that await Andy Farrell, you can watch back Ruaidhri O'Connor on OTB AM here.