As we approach Andy Farrell's first game in charge of the Irish Rugby team, Andy Dunne, speaking on Friday's OTB AM, considered what the English head coach may learn from the ruthless selection policy of former Dublin boss, Jim Gavin.

The outstanding question of interest ahead of Ireland's Six Nations opener against Scotland next weekend, will Andy Farrell opt for Conor Murray or John Cooney as his starting scrum-half?

"I would almost unequivocally go for Cooney," asserted Andy Dunne on Friday's OTB AM. "Just for the psychology of it and what it represents, it would signal a new departure for the Irish squad."

Munster's Murray had been a certified starter under Farrell's predecessor, Joe Schmidt. However, through a combination of a slight dip in his own form, and an impressive improvement by Ulster's Cooney, the Limerick native's status in the Irish set-up is considered to be under threat.

"It could help to motivate Murray," reasoned Dunne of his call to drop the experienced scrum-half. "Competition has to be welcomed.

"Conor Murray has played a lot better in recent months than he has in the 15, 16 months before that, but I think it is time that players who are playing on form regularly are given an opportunity to represent Ireland." 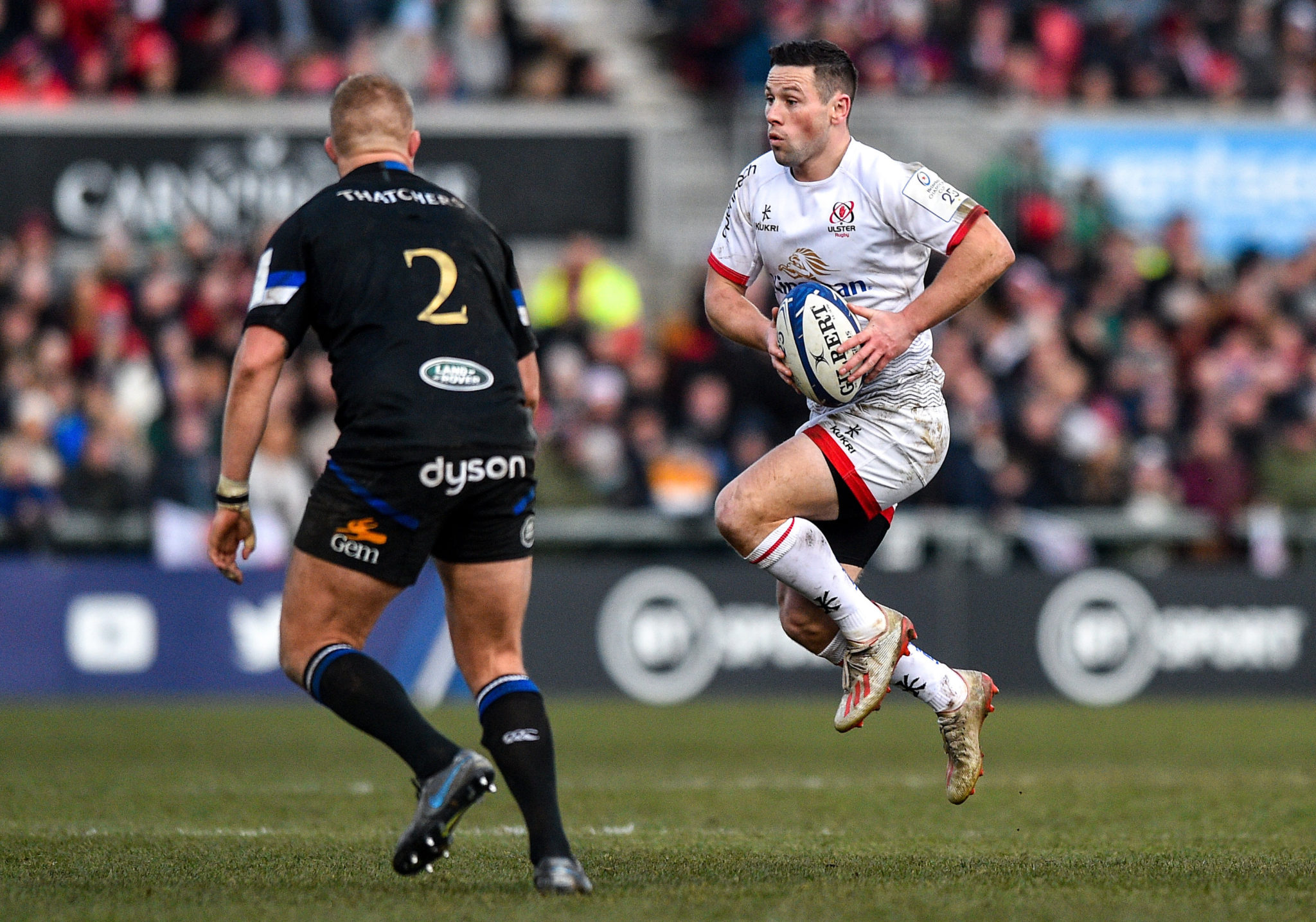 18 January 2020; John Cooney of Ulster during the Heineken Champions Cup Pool 3 Round 6 match between Ulster and Bath at Kingspan Stadium in Belfast. Photo by Oliver McVeigh/Sportsfile

As a demonstration of the fearlessness one requires to carry out such changes on the biggest stages, Andy Dunne cited the behaviour of former Dublin manager, Jim Gavin.

"This could shake up the established order," he said of Farrell's potential to start anew. "I often refer to Jim Gavin's selections in All-Ireland finals.

"[In 2018] he dropped the most established Mick Fitzsimons with six All-Irelands for a relatively unknown Eoin Murchan.

"Look what he got out of that! Two quality players competing for the same position that subsequently strengthened his own squad."

Upon such logic rests Andy Dunne's argument for starting John Cooney at scrum-half and ignite an even greater internal battle for the N0. 9 jersey.

You can watch Andy Dunne on OTB AM in full here.