The Frenchman was in charge as England beat Ireland at the Aviva Stadium.

But Quinlan felt both sides could be somewhat aggrieved by his performance.

He was speaking alongside Ronan O'Gara at our Vodafone HQ Rugby special.

"Well, he was the worst referee possible for us in a dogfight," he said of Garces.

"Because he doesn't handle competitiveness and guys going in off their feet and a really aggressive approach. 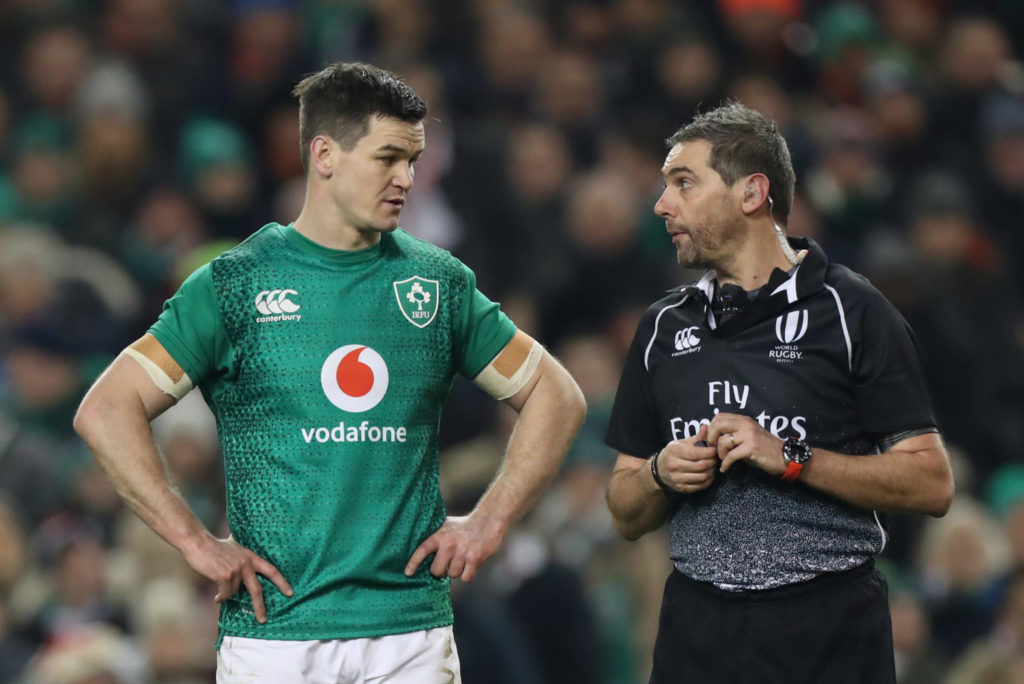 "I thought you needed a stronger referee for that. He misses too much - for both sides.

"I thought Vunipola's try was a try in the first half for England. And I said it in commentary. 'If England lose this game, Eddie Jones is not going to be happy with that.'"

Quinlan's point followed a discussion with ROG about whether the pass in the build up to Henry Slade's try was forward according to the rule book.

You can watch ROG and Quinny in full on the video player above.