Alan Quinlan has described the Fukuoka pitch Ireland will play Samoa on as "horrendous".

Clear issues were apparent on Friday morning as the Irish team trained on the surface.

World Rugby has since issued a statement downplaying any issues.

But from what Alan Quinlan saw while watching the Captain's Run pitchside, it's problematic.

"It's horrendous," he told OTB AM.

"You could practically lift it up"

"I couldn't believe it. I walked out onto the pitch before the Irish team arrived and you could practically lift it up with your hands.

"The sod... it's all kind of squares just laid down the last couple of weeks. They had the issue with the pitch for France and USA. There was a storm and it was very wet and the pitch cut up badly." 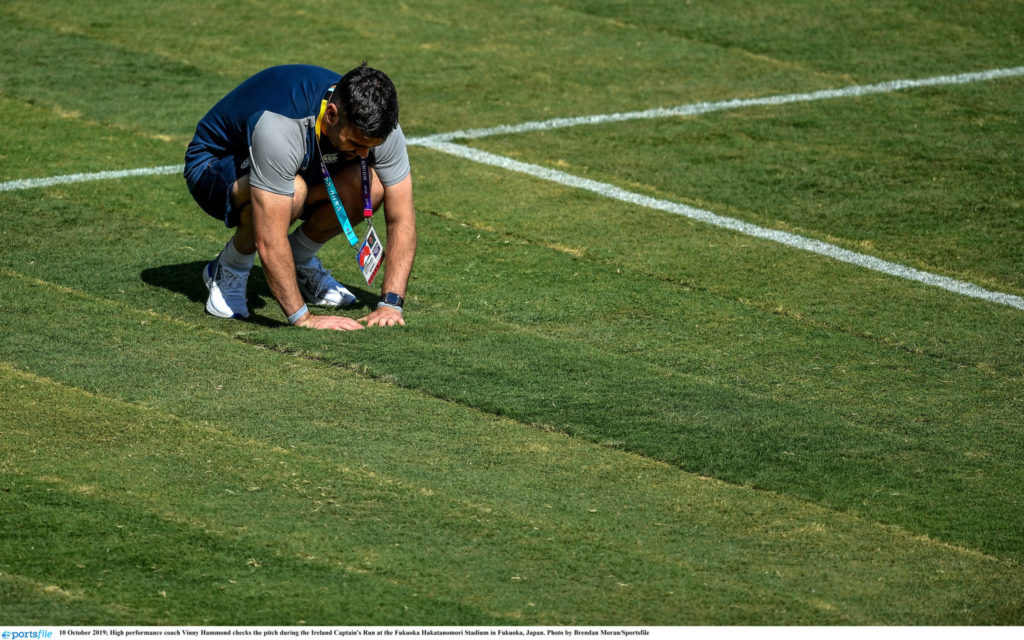 With one eye on the Typhoon Hagibis chaos which has seen some matches cancelled,  he also quipped: "There was no contingency. Have you heard that word in the last few days?"

But on a more serious note, how will the pitch affect Ireland against Samoa?

"Ireland need to get a bonus point and if there is any sort of rain or conditions, it's going to make it much more difficult," he said.

"Players want a solid underfoot pitch to play on to run, to move. I think Ireland will win the game but they've got to get a bonus point to be sure of getting through.

"So it's not ideal. But they've just got to get on with it now. There's no point even focusing on this. But the pitch is bad - I was amazed."

You can watch the full chat with Alan Quinlan above via our YouTube channel.

Quinlan: The Rainbow Cup has a serious 'credibility issue'

'Everything about him is great' | ROG & Quinny on Simon Zebo return